Check The Rowdy.com Podcast For Friday 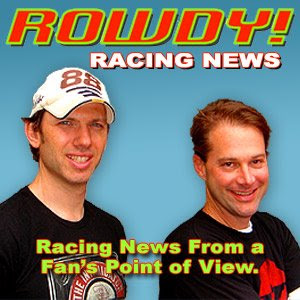 The guys over at Rowdy.com are talking TV and we were happy to chat. To catch the Friday (11-14-08) podcast just surf on over to Rowdy.com and click on the LISTEN NOW link on the podcast section.

Buck and Bass are always ready to play and the Rowdy podcast is consistently in iTunes Top 100 Podcasts. That is no easy feat to achieve.

The comments area is open, just click on the COMMENTS button below and follow the easy instructions. The rules for posting are located on the right side of the main page. Thanks for listening to the podcast and stopping by TDP.
Posted by Daly Planet Editor at 9:18 PM 5 comments:

Here we go with the final race in what has been a fun series for the fans and TV viewers all year long.

Krista Voda kicks-off The Set-Up pre-race show with Darrell Waltrip as her co-host. There is lots of truck news and a great race to preview.

Once the action starts, Voda will move to pit road as SPEED has added a third pit road reporter for this event. Waltrip will move up to the booth and join his brother Michael for the race.

Rick Allen and Phil Parsons are the face of the Craftsman Truck Series on TV and their work has resulted in a tremendous year for the series and SPEED. Expect the entire on-air crew to be pumped-up for this Friday night finale.

The TV production has been a blast to watch. SPEED kicks it "old school" and lets the fans just watch the race with minimal interruptions. No infield panel, no long features and no fancy "bumpers" leading to commercial allow TV viewers to focus on the race and not the TV network covering it.

This post will serve to host your comments about the final night of the Craftsman Truck Series on SPEED. To add your TV-related comment, just click on the COMMENTS button below and follow the easy instructions. The rules for posting are located on the right side of the main page.

NASCAR Fans Do Not Get A TV Apology 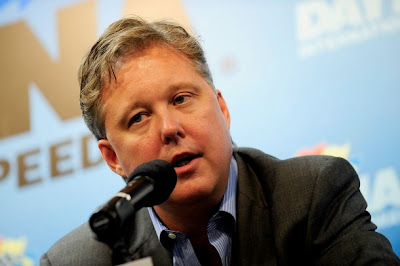 The first person on-camera with a potential ESPN apology was Allen Bestwick on the Monday edition of NASCAR Now. Bestwick always seems to be doing the heavy lifting for the NASCAR on ESPN gang.

It was Bestwick who faced the camera early on Sunday evening and asked the Eastern and Central Time Zone viewers watching the Phoenix race to change channels to ESPN2.

Most NASCAR fans are familiar with that destination as it hosts the Nationwide Series races and the daily NASCAR Now program series. Now, several days later, it seems that the real issue for many fans was not the channel switch itself as much as the reason why.

This was the next-to-last Sprint Cup Series race and it had already been on the air for more than four hours. The laps were winding down and the rain seemed to have left the area. That left the real issue clearly exposed.

DirecTV's Hot Pass lost their SuperChannel that lets viewers see the race in the Hot Pass mode. Many West Coast viewers lost the HD feed of the race and complaints started immediately that the race was now in SD. Some stations did not get the memo and left for local news broadcasts instead of the rest of the race.

As we discussed on Monday, the folks recording the race for later viewing missed the ending. Those watching ABC without cable TV in their homes in the East and Central areas missed the remainder of the event. No ESPN2.

Monday afternoon Bestwick read the same terse statement that ESPN released shortly after the switch occurred. It said that the huge media company was trying to do two things at once. ABC was protecting the integrity of the primetime line-up on the East Coast. ESPN was giving basic cable viewers an opportunity to see the rest of the race no matter how long it lasted. In the eyes of ESPN/ABC, mission accomplished.

Once all the logistics were digested and the yelling died down, the one thing Bestwick did not offer was an apology. ESPN was insisting it did the best it could. "Something we did not want to do but had to do," said Bestwick. Judging from the emails and comments since that explanation was offered, it still did not sit well with many fans.

Tuesday was NASCAR CEO Brian France's turn to address this issue in an afternoon conference call with the media. Here are his comments about the ABC to ESPN2 switch:

"We didn't like it, that was not what we had anticipated but we have talked to them repeatedly in the last couple days," France said. "There were lots of circumstances that we have to consider. They have their own issues they had to manage around. Unfortunately we got the short end of that."

"They (ESPN) did not like the idea of having to pull out of ABC and operate the way they did Sunday," France said. "It is imperative we work closely together with them for scheduling."

France made the point that if not for a stoppage for rain and an extended red flag for a late accident, this situation would not have occurred. Unfortunately, that was little consolation to frustrated fans.

Perhaps, it might have been in the best interest of both Mr. France and the NASCAR on ESPN crew to say the words that so many of us say on a regular basis in our busy lives. "I'm sorry" would have gone a a long way toward closing the wounds and starting the healing process for everyone who was affected by "the big switch" on Sunday.

The Daly Planet welcomes comments from readers. Just click on the COMMENTS button below and follow the easy instructions. The rules for posting are located on the right side of the main page. Thanks for taking the time to stop by.
Posted by Daly Planet Editor at 6:20 PM 58 comments:

Friday Qualifying on SPEED and ESPN2 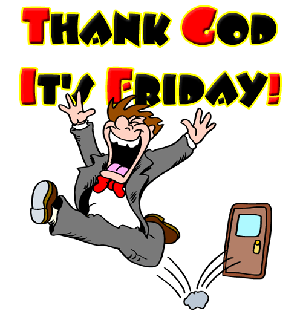 Time for both SPEED and ESPN2 to handle the final qualifying sessions for both the Sprint Cup and Craftsman Truck series.

First up is Dr. Jerry Punch and his NASCAR on ESPN team. Homestead qualifying should have some drama, but lots of other stories are dominating the sport. Once again, ESPN is going to have to mix the reality of what is happening on the track with what is actually happening to the sport.

Andy Petree and Dale Jarrett join Punch from the Infield Pit Studio. Shannon Spake, Jamie Little, Mike Massaro and Dave Burns will handle the interviews. Qualifying coverage has been a tough struggle this season for the ESPN crew and this final session should be a challenge.

At 5PM it will be Rick Allen and Phil Parsons handling the Truck Series qualifying. Michael Waltrip will eventually make his way to the announce booth as well. Handling the interviews will be Ray Dunlap and Adam Alexander.

Watching SPEED cover the Truck Series this year has been a blast and they have been rewarded with a tight championship race. Watching qualifying will tell the tale of how both Johnny Benson and Ron Hornaday Jr. will set themselves up for the race.

Use this post to offer your comments on both qualifying sessions. There will be a new post up for the Craftsman Truck Series race later tonight. The rules for posting are located on the right side of the main page. Thank you for taking the time to stop by the main page.
Posted by Daly Planet Editor at 2:48 PM 24 comments: