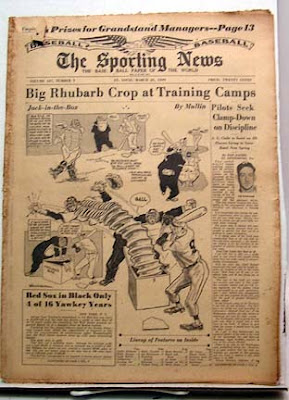 Posted by Daly Planet Editor at 1:00 PM 24 comments: Links to this post

Blast from the past: This story was originally posted last fall when the first rumblings of big movement within FOX were underway. Today, FOXSports1 is being formally announced at the FOX "upfront" sales meeting out West. Twitter users can stay updated on this big topic by following TheDalyPlanet account. It should be interesting to see what is being added and what motorsports series and shows are going away.

The logo above is from the FOX Sports 1 network in Australia. As you may remember, FOX executives Rupert Murdoch and David Hill both came from down under with a long history in sports TV. FOX operates multiple sports channels in that nation. Now, one may be making the trek to the US.

The American version of FOX Sports 1 is the double-secret probation cable TV network. This topic is already causing a big mess and the FOX Sports gang is trying very hard to keep it out of the media at all costs. In this day and age, that is next to impossible.

The hot rumor that has been simmering for months is that FOX Sports is set to end the floundering SPEED channel and rebrand that network into the US version of FOX Sports 1. SPEED has never flourished under the network's various management teams and continues trying to be a racing network on the weekends and a lifestyle/reality network on the weekdays.

The big problem for FOX is that ABC, NBC and CBS all have national cable sports networks up and running right now. FOX is far behind on the new sports TV business model and is playing catch-up. In typical FOX style, throwing money at the issue seems to be the order of the day.

Here is an excerpt from a Thursday Broadcasting & Cable story by John Lafayette on what FOX and parent company News Corp are about to pay to buy high-profile programming for the new network:

News Corp. is stepping up to the plate to take a swing at building a national sports cable network that can take on leader ESPN, sliding past Comcast’s NBCUniversal.

NBCU has already rebranded its Versus network as the NBC Sports Channel and has been hoping to get a boost from a new Major League Baseball deal. But according to published reports, Comcast got left in the on-deck circle because it wasn’t willing to pay as much as News Corp., which will be putting a bigger package of games on both its Fox Network and its Speed auto-racing channel, which will be rebranded as Fox Sports One.

Meanwhile, back at the ranch, the COO of News Corp was taking questions Thursday from the media after a communications conference in New York City. Sports was very much on the mind of the reporters. Here is Lafayette's round-up on that topic:

News Corp. COO Chase Carey said reports that the company would convert its Speed channel to a national sports network that would compete with ESPN were "rumors and speculation" at this point.

The latest round of stories about a new national network came amid word that News Corp.'s Fox was near a new deal with Major League Baseball that would give it rights to televise more games than its current deal does.

Carey did say, "We do like the sports business," adding that the company's underdeveloped networks like Speed and Fuel "do give us a real opportunity to do some really exciting things."

SPEED is currently on the air riding out existing contracts, including NASCAR. The sanctioning body's deal with the network is up in 2014 and nothing has been said about the continuation of any NASCAR programming on the new network. That is just not a good sign.

The bottom line is that other sports events being acquired for FOX Sports 1 conflict with the large blocks of Friday through Sunday time SPEED now devotes to NASCAR. While FOX does have other cable network outlets like FX and FUEL potentially available for NASCAR shows, it would seem doubtful that the kind of February to November NASCAR programming now carried by SPEED will return.

It will also be very interesting to see if NASCAR returns to the FOX Broadcast Network for Sprint Cup Series races in the new TV contract without the associated programming on a support network like SPEED. Normally, part of the leverage to carry that type of "shoulder" content comes from awarding the same network or media company the big prize of live races.

It was reported this week that on September 14 FOX Sports filed for a trademark on "FOX Sports 1" with the US Patent & Trademark Office. If the lack of original programming on SPEED and the billions about to be spent on Major League Baseball by FOX did not convince you that change was coming, perhaps trademarking the new network nationally will do it.

Working hard to live up to its double-secret probation status, FOX and News Corp have steadfastly denied any change is taking place. No one in the rank-and-file at SPEED has been told anything. If NASCAR has made any determination of future plans with FOX, the sanctioning body is not saying a word.

Change eventually comes to all media properties and in the digital age of new technology this is really no surprise. It's just a shame that NASCAR was never allowed to be the centerpiece of SPEED over the last decade.  It just makes one wonder why these two companies were never able to use that kind of cooperation to grow their own internal brands.

We invite your opinion on this topic. Comments may be moderated prior to posting.
Posted by Daly Planet Editor at 10:00 AM 34 comments: Links to this post