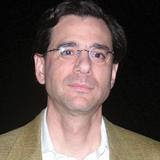 The Daly Planet welcomes comments from readers. Simply click on the COMMENTS button below and follow the easy directions. The rules for posting are listed on the right side of the main page. Thank you for taking the time to drop by.
Posted by Daly Planet Editor at 9:20 PM

He reminds me of Bob Saget.

It does sound similar to DEI's hiring of Max Siegel. IF Boston Ventures is to be involved as a major equity investor, you would expect that they would want someone involved in whom they have confidence.

OK, JD,
Just read some of the links you gave us in your column. I think those links give a negative view of Mr. Zucker. And if true or not, I hope as a Petty fan they did there homework(am sure they did).Mr. Zucker's name rings a bell w/me just do not know where from. Could be from the annual report I get from Disney on the stock I have w/the company. Look forward to the press conference. I wish them well. I always root for the underdog w/PE and the #7

ESPNEWS and SPEED both providing coverage. Kyle surrendered control and David Zucker spoke about almost everything under the sun.

Perhaps, Zucker's opinion of both himself and the potential of Petty Racing needs to be taken with a grain of salt.

Wow. Big business continues to make its headway into the NASCAR world. Zucker's past, particularly at Playboy, seems like a misfit for the sport's culture. Only the future will tell if PE money + corporate executive is a good combo for running a race team.

Will this be good for NASCAR?

And SPEED goes into commercial mid-question.

Nothign more professional than dumping out of a live news conference and going right into a commercial break with no warning, eh?

I think bringing in a failed CEO who is "a fan" (Hey, so am I) to run the company is not the wisest idea.

Hopefully this doesn't turn into another Ginn situation..

@matt--I had the same thoughts

Why was Brian France there? I just caught part of this but don't remember him being at the Jr Press conference last year or the others.

Also somebody said they cut off Petty mid sentence for commercial...i came back in the room and infomercial was on? Wow..might be boring but 7 time champion Petty's team not worthy of an HOUR on SPEED?

I find it very strange Petty's will not let a beer label on the car or be in the Budweiser Shoot out but a guy that worked as a big shot at PLAYBOY MAGAZINE is hired?

I noticed Zucker did not mention Playboy as a place he had worked at.

Also his name rings a bell but I googled and got some director of movies come up...also tried Zuckerman who was in politics. I hope this helps the team.

When asked about the need for OUTSIDE investors to come in to help teams, Brian France acted like he had just woken up and could've given a better answer.

I did not get a chance to see the first 8 or 10 minutes of the press conference, but I presume Zucker is Boston Ventures' selection for CEO. As a long-time Petty fan I do hope and expect that Boston Ventures picked a well-qualified person to look after their investment of millions of $.

I was not impressed by Brian France's answers, nor by SPEED's well-placed commercials.

It does seem to me that Fenway's, Gillett's, and Boston Venture's investments are real votes of confidence in the future of NASCAR, but you would not get that from Lee Spencer's questioning or Brian France's response.

Hi Sophia-
FYI
The no alcohol sponsor on the cars was a promise that Richard made to his Mother.
:)

Thanks Lisa on the no alcohol thing...I seem to remember that now....

I am still flabbergasted at Brian F "huh, I just woke up response" ???

Somehow, I think his late father would've been more on the ball and indeed the whole thing is sad.

Also I missed the beginning of this but if it came on at 11AM, TW in Ohio just carried it to the bottom of the hour.

To see the King's company announced with such fanfare but little details of what's going on is just...well, sad.

I do hope they do well.

The big unanswered question is, "What does 'Controlling interest' " mean?

Does this mean, for example, if some hot shot from Boston Ventures is visiting the pit area during a race, and gets in the way of the someone in the crew and gets told off, does BV get to throw its weight around and get the guy fired?

How much influence did BV buy?

I finally watched my recording of the news conference and mine never went to commercial. I'm on Time Warner DFW, TX :)

This post has been removed by a Blog Administator because I said so.