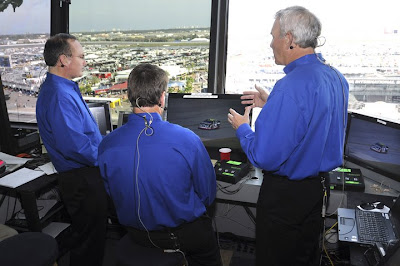 Thank you for taking the time to stop by on this holiday weekend.
Posted by Daly Planet Editor at 10:43 PM

I wonder how long it will take them to show points as of now since SDDD will be starting in the back due to an engine change yesterday. Story line #1: See how long it takes SDDD to go from the back to the front.

I hope they do cover that. As much as everyone loathes the SDDD show, that will be a great story at the start of the race. Love him or hate him, the man can hold a wheel.
I just hope that they show other racing in the pack while SDDD makes his way forward.

Robyn said...
I wonder how long it will take them to show points as of now since SDDD will be starting in the back due to an engine change yesterday. Story line #1: See how long it takes SDDD to go from the back to the front.

Wow...YOU ARE WATCHING RACING!! To see him come from the back will be great, more passing than shown in most races. Not sure why you would not want to see a car come from the back to the front...I find that very exciting and well worth a watch!!!

This is what happens when I make comments before I am fully awake. I didn't mean that the storyline was bad. I was just giving ESPN a head start as to what to look for. Sure follow SDDD up through the field, that's fine, as long as they also mention Brad Keselowski's progress in a backup car that will be seeing the track for the first time today in qualifying.

And no, I don't consider watching a car that is supported by a Cup team driven by a full time Cup driver who has multiple wins in the Cup series and has competed for a Cup championship and who is still at the top of his game pass cars that don't have that same level of support and not driven by a driver that is not as accomplished(since they all have talent) racing. I liken that to a NFL team going out and playing against a high school team.

And once SDDD finsihes passing the other 40 cars and gets a 10 second lead, I don't need to seem him, show me others who are really racing, not just passing cars that are on almost all levels inferior to theirs.

My opinion is racing is not just flying by one (or two or three or four) cars at a time, but the battle to get past them.

The one good thing about SDDD starting in the back is the Odd Wads will get TV time as he blows past them. Sadly, once he's up to tenth in 5 laps, we'll never hear about them again.

Now that DJ is back from vacation, and Rusty is on his, when does JP get one?

Which car owner will Jamie Little irk at Indy? I have always confused Jamie and Shannon that I merged their last names to Spittle. Now that I know which one is which after Jamie's interview with Jack.

I don't want them to 'stick to the script'... come on ESPN boys, throw it out', though it's not likely.

And SDDD has to start in the back? Didn't know that. How long will it take for him to get a mention once the green drops? My bet- 10 laps.

A weekend like this weekend is why I think ESPN follows a script. By not doing any of the practice or qualifying coverage it's as if they don't get a chance to see any other story line opportunities that might turn up. By doing nothing but the race itself, Punch is left referring to his notes he put together during the week.

The key to a good play by play team is the preparation for an ever-changing story. No 2 races are ever the same, even though the ESPN crew seems to think the opposite.

We shall see in a few hours if this trend rings true.

Mike says, The key to a good play by play team is the preparation for an ever-changing story.

Boy you got that right. In BSPNs case, it's the "never"-changing story.

@Mike--they have access to fancy smancy monitors that can pull up SPEED...they can check out how things went. Listen to the wrap up shows and know what's going on. Allen seems to be able to do his homework for his show why can't they?

M-Joy says McDowell had a great lap. I suppose we'll just have to take their word for it, since their trend (unless they have an interview setup) is to show cool-down of odd-numbered (by order) qualifiers, one lap of even-numbered, commercial. I kid you not, they came back FROM commercial for about a minute (singular minute) to show the #81's time, #32 Vickers lap, more commercials.

Did Jeff Hammond just say he was spending time with Carl Edwards in his hometown, "lying with him"?... That's more than I need to know about those two, I think! :)

I think he had a different kind of lying in mind than you do....

At least he wasn't milking him.

There is a new post up for the live blogging of the Nationwide Series race on ESPN2.