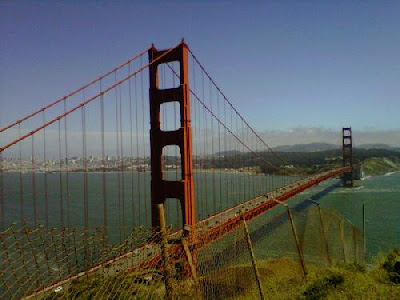 Thank you for taking the time to stop by The Daly Planet.
Posted by Daly Planet Editor at 12:15 AM

Speaking of Leigh Diffey, SPEED's Rolex Sports Car broadcast team is one of the best out there. Diffey, Dorsey Schroeder, Calvin Fish, Brian Till & Chris Neville do a great job & make that series really entertaining.

No Raceday for me today with the blathering Waltrip there. Doesn't really matter, because TNT's pre-race is head and shoulders above Speed's show anyway. Wendy and Herme should receive extra pay having to put up with the DW drivel...

Thanks for keeping us up to date on where a Waltrip or Wallace is going to show up. Many of us will use the information to avoid the shows but some will tune in because of it. Speed presents a conundrum for me today. Do I avoid Speed because DW is there or do I watch it because Kenny Wallace isn't?

Nascar Performance on Speed with Larry Mac is excellent so far. Tech info that is not the basics.

Now that's it's over I have to give Nascar Performance an "A". Larry Mac, Kanous, Booty and the other guy did awsome and showed a lot of tech info that was truly interesting. Good job Speed.

That show needs a better timeslot and some promotion!

Don't know how much of the race I'll catch. A lot of options today between US Open, IRL race, College World Series and MLB games. Might just wait for the debris caution at the end before paying attention. Kind of a waste of time to invest in a race if it's just going to be manipulated at the end to make it more "entertaining".

dw in car at infineon ftw
nascar performance is great

Why do they always show the Golden Gate Bridge? It's 80-90 minutes from the Sonoma track. I mean, so they so Augusta National Gold course when NASCAR races in Atlanta? San Francisco is TWO COUNTIES AWAY FROM SONOMA.

I have always enjoyed Nascar Performance. When it was first moved indoors, I was doubtful. But, the show is so much better without the people behind screaming and jumping. And talking on their cell phones. :)

Raceday is on my TV but I have been multi-tasking around the house and haven't seen too much of it.

Wishing everyone a green flag day!

Is anyone in the booth telling the folks watching what's going on???? Four cars got penalties - 33 and 1 for entering the pits too soon - one of them speeding leaving the pits.... and that driver would be???????????
This is annoying beyond words.

I enjoy Raceday and thought what I saw this morning (a little over half) was good.

I always viewed Raceday as a light-hearted, friendly show - but I presume some topics were probably off limits to it as long as FOX was doing its pre-race show. In any event, if there has been some improvement in the show, then DW has to get some of the credit since he's virtually the only change.

I thought the pre-race shows on both networks were boring. I did not miss Kenny or Kyle. With DW, it was the same old-same old. The aerial and in-car shots during the race were the best I've seen in a long,long time. I could only take Kyle/Wally until lap six before hitting mute. Kyle thinks he needs to take 2-3 valuable minutes of air time to expound on some insignificant piece of trivia. After the race,my jaw dropped when Wally said, "If you're looking for Marcos Ambrose,look on the Golden Gate Bridge"!!?! Nice going Wally! Again,TNT left the air earlier then they had to with lots of interesting stories out there. Since Pocono, Almendinger seems to pull a bone headed move every week.