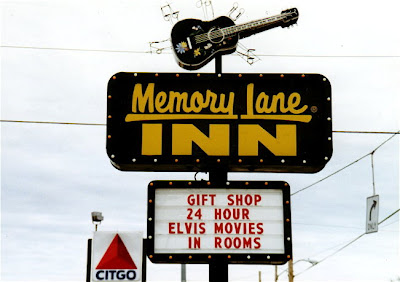 Posted by Daly Planet Editor at 6:00 AM

As usual, JD covered what the mainstream media ignored. Half the NASCAR media is gone for the winter. The other half has hype and an overdose of season reviews.

Daytona testing should lay all the cards on the table for 2011.

Have a Save and Happy New Years everyone! Thanks JD for all you do. I still have hope for the new year. MC

I hope everyone has a healthy, safe, and prosperous 2011.

Once again JD and the Planeteers have addressed the issues that NAPCAR, the lamestream media, and the networks don't want to touch or have ignored all season long. So a pat on the back to JD and all the Planeteers for a job well done.

Unless NAPCAR and the networks pull their heads out of their backsides over the off-season, nothing will change for the 2011. It'll be business as usual for them and us fans once again making the same comments and critical criticism which will fall upon blind eyes and deaf ears.

While the odds are slim, I hope there's a major shake-up at NAPCAR and the networks that will bring them more in tune with the fans needs.

I hope everyone here has a happy new year. I discovered this blog earlier this year and found it a great source of news and opinions on the sport that I cannot find elsewhere.

That said, I want to respond to the article on NASCAR 2011: The Video Game. There is another video game, already on the market, that may do a far better job of selling the sport to a much wider audience.

Gran Turismo 5, the latest entry in the phenomenally popular simulation series, has NASCAR cars. At first glance, the offerings are rather limited: about 15 or 20 cars and only two Sprint Cup tracks, Indianapolis and Daytona (and the latter without restrictor plates.)

However, the game includes the "Jeff Gordon NASCAR School" among its special challenges, and this could very well sell the sport to a wide audience.

You are greeted by a virtual Jeff Gordon who explains how NASCAR cars are different from most cars in the game. You are then tasked with completing various driving challenges at Daytona and Indy, which include passing several cars by drafting and holding your line through a corner. These challenges are actually very difficult and make a great case for how challenging NASCAR cars are to drive, especially when compared to the many other racing disciplines the game features. GT5 has sold probably six million copies already, more than NASCAR 2011 will probably sell, and with the frame of reference that other, easier-to-drive cars provide, the game makes a good case for NASCAR.

Have to agree with The Mad Man.
We will see later.... how bad NASCAR gets kicked to the curb by ESPN.

Thanks, JD, for the site and for the insightful columns that make me think about the sport and the coverage and have a place to discuss the topics with people who have intelligent opinions.

The off season would be a barren wasteland of NASCAR news without the site.

Take care and I wish you all a happy, prosperous, healthy and safe 2011!

See y'all on the flip side and keep the shiny side up!

Oh Rats! It is 7 AM New Years Day and Nothing has changed!

Guess I'll watch The Twighlight Zone on SyFy and pretend.

Thanks for the blog site. Wish the TV networks would listen to the contributors. Maybe we could get some better programming, announcers, and coverage. Happy new year to all.

Non race fans have always asked the question:
"How can you just sit there and watch cars drive around in a circle?"
After the last few years, and particularly last year, I have been unable to answer their question.
If things don't get better then I won't have to answer it becasuse I won't be watching.
Scott

When I saw the headline I thought this was going to be about Ken Schrader and Johnny Benson being NASCAR Now the last two weeks with Bestwick (and Craven and McGee). It's been awesome. This Week In NASCAR rides again!