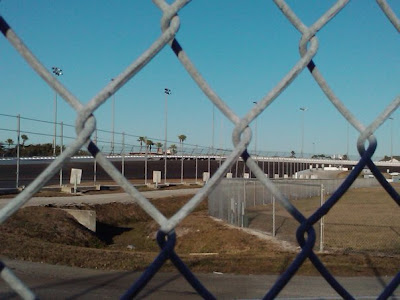 Don't forget the 30 minute recap of the Dakar Rally on Versus JD. Sad to see that Robby Gordon got DQ'ed because of a frozen bearing and couldn't make it to the start line.

Thanks for the update on the streaming from Daytona. I hope that it will be fun and filled with a lot of interviews and information.

I really enjoyed the first show of Dirt Knights -- my dvr is setup to record the series in case I'm out when it comes on.

Other than DW I guess having the Daytona testing is a great addition to have in whatever format floats your boat. Thanks for the breakdown of what they are showing JD.

I was wondering if you heard about any changes in the Indy car staff for ESPN/ABC? Most of the fans can't stand Marty or Scott but I don't think we'll see any changes because there's only 2 years left on the contract.

I so can not wait for this!!! Should be fun also dont forget speed will be airing the Nascar Toyota All-Star race on Saturday night January 29th. Thats always a great lil race from Irwindale

Thanks so much for the updates appreciate it

Are we going to have live blogging this year?

I think the streaming is a fantastic idea but I'm glad they are also doing TV because except for Sat I'll be at work and they frown on that sort of thing. JD you'll have to keep us posted on how it's working.

I can't wait until Racehub Starts, NN is missing the boat as usual