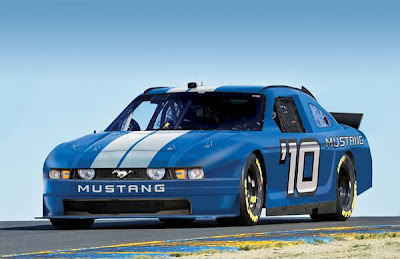 Happy to get your feedback on this topic. To add your opinion, just click on the comments button below. This is a family-friendly website, please keep that in mind when posting. Thanks for taking the time to stop by The Daly Planet.
Posted by Daly Planet Editor at 10:30 PM

While I do love NASCAR, this weekend I will be focusing a lot more on F1 and, especially, Le Mans.

This is long overdo. Also, some of the funniest quotes com from the driver's meeting. Should be interesting. Too bad I'll miss the TV broadcast, as I will not watch anything with Rusty Wallace in it.

I hope it leads to more support for the Pick 'em ups & N'wide. It'll definitely be fun to peek in and see some of the behind the scenes stuff. :)

I think it's a neat idea and am glad to see them doing this!

I am with Richard on this one.

If the 24 Hours of LeMans looks anything like the 12 Hours of Sebring, it will not be what it was in the past.

NW & Trucks definitely need some mojo to get more fans out to the tracks and watching on tv. Last week at Texas for the trucks there were a lot of empty seats around us we were sitting on the front stretch pit road exit. And I think the trucks have the best racing too. Nascar needs to step it up, I don't really know what they need to do, but definitely need something perhaps televising their driver/cc meeting would be a start. Looking forward to this weekend as the NW racers are in KY so that we won't be watching a lot of cup drivers in the broadcast, at least.

Finally! For those of us who use our computers as much as TV to follow things, this is a definitely plus.

It will be interesting to see the driver's meeting, but I have to agree with sbaker17 - not looking forward to Rusty in the booth. I'd be really happy with just Marty and Andy with Allen.

Try it again without the insult.

sorry about the insult[first time i've ever commented on a website forum] no excuse. just got a little wild. Had a great deal of respect for jaws,just cant stand arrogance, regardless of talent. formerly sickofdw.

This is a long overdue development. I hope the online attention is extended to the trucks. Getting up to date truck info re: practice lap times and qualifying is difficult.

Anything additional they can get out for the fans of NNS, great!!! And I don't mind Rusty back ;)

That was nice of them to do hope they do more. Had expected the meetings to be longer but I guess with no questions that added to the short time. But very nice to view :).