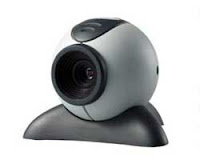 The Daly Planet welcomes comments from readers. Simply click on the COMMENTS button below and follow the easy instructions. The rules for posting are located on the right side of the main page. Thanks for taking the time to stop by.
Posted by Daly Planet Editor at 6:00 PM

I really like scenedaily.com and think it's one of the best NASCAR news resources online, though it's not as well known as some of the other sites.

But I never click on those scenedaily web videos and have no plan to do so. The screen caps advertising new content look amateurish (though I did read and was greatly amused by Bob Pockrass's column about his embarrassment at having to go to the mall to buy makeup for TV cameras, which he had no clue how to do.)

My time online is limited during a work day and though I can access online video and streaming video from work and at home on evenings/weekends, I only do that if it's something professional which adds to my NASCAR knowledge. My initial impression of the scenedaily videos and the nascar.com videos (other than postrace press conferences) is they are not worth my time. If they improve later, maybe I'll make time.

I'm an avid Nascar fan, but almost never look at Nascar.com. Their home page is a complete mess!

As a professional web producer, I can tell you that text stories always get more clicks than videos, unless the video is specifically of an unusual event or incident.

The stuff Scene Daily is doing is fun and a novelty, but it'll wear off, especially after someone looks at how few people are actually viewing the clips.

i agree w/the comments from all three anon posters. i rarely watch video clips of anything, even if i'm at a site already. to date, most clips seem irrelevant if the title of the clip is any indication of the content. i have a low threshold of tolerance for that.

nascar.com site is a disaster and i rarely click on anymore. a couple of years ago, it was my "go to" place for information but it is now just one endless ad. finding content has become needlessly difficult and, with access to other sources which are better designed and executed, i do not have to try and navigate such a cluttered site.

scenedaily.com is one that i check daily for content. i find the columns to be well-written (even if i don't agree w/the positions taken) and the site itself is easy to navigate. but, as i say: i ignore the video.

in general, for me it comes down to how do i want to receive information: written or viewed? i have always been a written word person and that is my default position. i watch the race, using various tools at my disposal, but only one of those tools has ever been visually based and that is racebuddy. otherwise, it's all written.

Scenedaily may have cool content. But that crappy greenscreen effect is difficult to look at. You don't need to trick us into thinking you are at a track, just pull together some nondescript garage type set like Nascar Now uses.