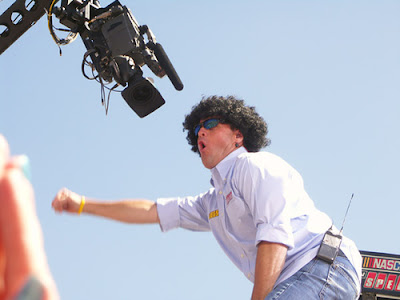 To add your opinion, just click on the comments button below. This is a family-friendly website, please keep that in mind when posting. Thanks for taking the time to drop by The Daly Planet.
Posted by Daly Planet Editor at 11:00 PM

I can't believe they only are allowing 3 and some hours for the race coverage. What about the post-race celebrations? I fear it's going to be another one of those days like we've gotten all Chase from dSPN - too much pre- and not enough post-.

Strangly enough, it doesn't feel like the superbowl. It feels more like the last day of school. I will miss it in a couple of weeks, but right now I am drained by it.

It could be argued that the season's too long, or that there is too much TV coverage, or I just invest too much into the sport as a fan, but whatever the reason I'm not prepared to treat Homestead race as a big party like everyone treats the Superbowl.

Don't get me wrong, I'm interested in the race and will definitely watch it, but February seems like a long time ago.