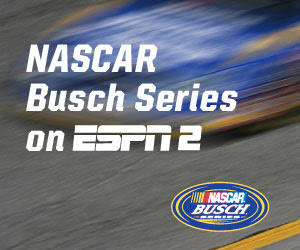 With all the hype surrounding this event, one thing became clear for the network. ESPN did the right thing in hiring Rusty Wallace and Andy Petree. Less ethnic than Larry McReynolds and Darrell Waltrip, this duo has become comfortable with both each other, and the ESPN production team. This week in Mexico was their best performance to date.

The enthusiasm of Wallace is well-balanced by the calm persona of Petree and the veteran Jerry Punch. Give lots of credit to Punch for allowing the analysts to speak freely, and interact directly with the pit reporters. This team is beginning to establish a solid reputation, which they must have before they attempt their first NEXTEL Cup event. The big league debut will be here sooner than later.

The importance of a production team that understands racing cannot be emphasized enough, as we have experienced with both TNT and NBC over the last several years. ESPN has benefited from cherry-picking the outstanding personnel from in-house and on the NASCAR TV trail. This showed today with no production glitches and good decision-making in the camera selection.

Even with the field fillers and the designated Hispanic drivers, the racing was fun and different from the normal Busch Series event. Luckily, Juan Montoya is going to be TV story no matter where he goes, and ESPN knows it. This was a solid effort from ESPN that leaves one feeling they are almost ready for a longer NEXTEL Cup effort.
Posted by Daly Planet Editor at 2:38 PM

ESPN surrounded this event with all types of media for all kinds of reasons. On ESPN, the first live event telecast in Spanish. On ESPN2, Chris Fowler lead a pro-NASCAR marketing effort that offered a one-sided debate on the pros of this event, while ignoring the American tracks who have been begging for an event like this for years. For Felix Sabates to represent that the one thing NASCAR needed was a Hispanic flavor was certainly interesting. Many people believe that the absolute last thing NASCAR needed was another road course event with little passing and anonymous field fillers.

Fowler is much better when not over-shadowed by Brent Musburger, who was off on college basketball duties. Brad Daugherty was quickly dismissed from the set to make room for Sabates, and continues to be an enigma on these telecasts. He is a college and pro basketball player who adds little, and does not interview, report, or prepare features for the show. This pre-race was no different.

Mexico is a theme party, and the racing is foreign to Americans. A flat road course with narrow straights and curbs better suited to the IndyCar Series. Without a doubt, the look in the eyes of the regular Busch Series competitors was not one of pleasure, but one of obligation. For veteran NASCAR fans, the past memories of these cars dueling at Rockingham on a beautiful spring day are still crystal clear. Unfortunately, they are destined to remain memories.
Posted by Daly Planet Editor at 1:47 PM