The TNT summer series ends Sunday in New Hampshire. It's been an amazing run this year for all the wrong reasons. Many fans have made it clear they will be happy to see the network depart.

The bright spot for this coverage has been the pit reporters. Marty Snider has been under the weather and did not travel to New Hampshire. He passed along that he is doing much better and expects to recover quickly. So, TNT will go with Matt Yocum, Ralph Sheheen and Chris Neville to cover pit road for this race.

A casual atmosphere might be the new and cool thing in sports TV, but for covering a live NASCAR race it just does not work. Both ESPN and SPEED use traditional play by play men in Allen Bestwick and Rick Allen to call the racing action. Alexander has spent the summer doing just the opposite.

Dallenbach is so far removed from the sport he is irrelevant. Despite his personality, his limited NASCAR experience was long ago he brings little to the telecasts. With two drivers in the booth, Dallenbach spends the entire telecast either agreeing with or disagreeing with Petty. Despite the fact that a former crew chief sits in the infield, this booth chemistry just does not click.

The subject of much media coverage this summer has been the commercials. Despite the fact that amount did not increase, the long green flag runs and the awareness of fans through social media has changed the landscape. No longer are fans willing to miss one-third of the racing while staring at the same commercials over and over again for three hours. That was made clear after the Kentucky Speedway disaster featuring the brawling Kentucky Fried Chicken family.

The buzz in TV town is that TNT may not return for 2013. There are two more seasons left on the existing NASCAR TV contract but FOX has been making lots of noise about wanting additional races. The six TNT races are the only ones possibly in question. Turner Sports has just sold back to NASCAR all the sport's digital rights, including operating the NASCAR.com website and controlling all the online audio and video footage.

Should TNT care to sell the remaining two seasons of summer coverage to FOX, it could walk away with a pretty penny and end all ties with the sport. Over the years, TNT never carried any of the qualifying or practice sessions. There has never been a NASCAR weekly show on the network. It just might be the right time to walk away.

This season will also find negotiations being done on the sport's TV coverage starting in 2015. Without the digital connections, there is little reason to expect that TNT will be a part of that new package.

It is unfortunate that the network's 2012 coverage will go out with a thud. New Hampshire is a track position race that focuses on pit stops and fuel mileage. Combined with the casual style of the TV booth, this one could be memorable for all the wrong reasons. Goodbye TNT, it certainly was interesting.

This post will serve to host your pre-race and race comments. There will be a new post up for your opinion after the race telecast is done. We live chat on Twitter during the race using the #TDP1 hashtag. Please join us. Comments here may be moderated prior to posting. Thank you for stopping by.
Posted by Daly Planet Editor at 11:43 AM 12 comments: 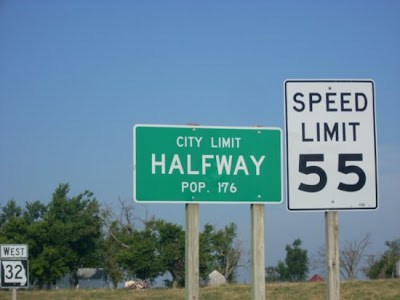 It's that time of the year once again. The final weekend for TNT is coming up, the FOX portion of the season is a distant memory and soon ESPN will take over for the final seventeen Sprint Cup Series races.

So, where are you on the NASCAR TV coverage at the halfway point of the season?

It was Darrell Waltrip welcoming his brother Michael to the Hollywood Hotel and putting Jeff Hammond outside looking in that started the year. The Waltrips were the dominant TV voices for the sport during the NASCAR on FOX races. The network cannot get enough of these two and loved the fan reactions, both good and bad.

FOX also started the ball rolling on the fan backlash over TV commercials. With all the real-time information now available on various social media sources, fans became acutely aware of just how much content was being missed while FOX was in commercial. To add insult to injury, when FOX went to the side-by-side commercial format in the final hour of each telecast, the live video box often featured the car or driver starring in the commercial playing alongside.

TNT arrived with the promise of being different and delivered. While the network's telecasts featured top flight pit reporting, the complete lack of excitement and attention to the actual racing from the TV booth made these telecasts very different. It was not in a good way.

Pre-show host Lindsay Czarniak left for ESPN last year and TNT chose to replace her by asking play by play man Adam Alexander to double-up. Alexander hosts the entire one-hour pre-race show and then moves to the broadcast booth and calls the races. While at home during the pre-race, Alexander has sounded out of sync with Kyle Petty and Wally Dallenbach Jr. on race coverage.

TNT picked up the momentum of FOX's commercial overload and drove that point home just like a stake into the hearts of NASCAR fans watching on TV. With roughly one-third of the racing action taking place while TNT is in commercial, the anger boiled over at Kentucky Speedway when a Kentucky Fried Chicken advertising buy had Junior wrestling Pop Pop over side orders for three straight hours.

While this anger peaked with several mainstream media articles on the topic, TNT once again saved the day with the Wide Open coverage from Daytona. This time, commercials appeared in a small video box while the live racing action rolled-on in the background. With so much green flag racing this season, it made a huge difference.

In Daytona, TNT learned of AJ Allmendinger's suspension for a failed drug test about an hour before the pre-race show. The producer chose to let viewers watch eleven minutes of the scripted program before offering even a basic report on this breaking story. TNT may know drama, but they certainly do not know how to handle a breaking news story in this format.

The fuel mileage and track position race on the flat track at the New Hampshire Motor Speedway this weekend will be the network's final event for 2012. There is a buzz going around that TNT may not return after the existing contract ends in 2014. The bigger buzz is that FOX wants those six TNT races.

Turner Sports larger agenda with NASCAR was operating the sport's official website and owning the digital (online) rights to all NASCAR footage. Now, after paying a hefty fee, NASCAR regained control of those assets for 2013. Without RaceBuddy, the online pay services and the digital integration of content it may not make sense for TNT to even return for the final two seasons of it's limited race package.

ESPN is geared up to make a return at the Brickyard 400 with all of the familiar faces in place. Once the network steps back in, NASCAR suddenly regains a place on shows like SportsCenter and the ESPNEWS network. ESPN lives for hype these days and nothing fits that mold better than the Chase.

Allen Bestwick will be a wonderful change of pace from Adam Alexander, but what ESPN brings is baggage from five seasons of struggling to reconnect with the sport. The formality of ESPN is out of place in the NASCAR world. ESPN's format of focusing on the Chase to the detriment of other teams is well known.

As the teams take to the track Friday for practice and qualifying, perhaps you could summarize your season of watching the Sprint Cup Series telecasts this year. To add your opinion on this topic, just click below. Comments may be moderated prior to posting. Thank you for stopping by The Daly Planet.
Posted by Daly Planet Editor at 1:00 AM 32 comments: