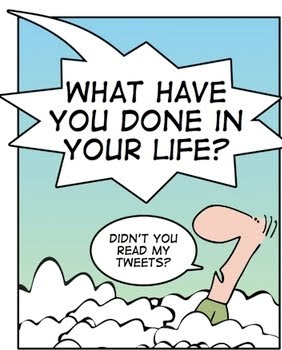 About a month ago, we wrote about the news that NASCAR had secretly fined driver Denny Hamlin for comments he made on Twitter. It was AP reporter Jenna Fryer who broke the story. The amount of the fine was substantial and NASCAR presented Hamlin with a log of his offensive Twitter comments.

The interesting thing is that in this case the fans got to see the evidence. Hamlin was one of many drivers from all three series who got hooked on Twitter and used it effectively in several different ways.

This week, the Sprint Cup Series is headed for perhaps the biggest race of the season in Richmond, VA. There are multiple storylines playing out in the sport as the final race before The Chase for the Championship gets set to run under the lights on ABC in primetime.

Twitter is interesting. It costs nothing to join, is easy to use on any online device and has become the breaking news source for almost any topic worldwide. NASCAR uses Twitter every day to offer official news and updates. On the weekends, live race tweets chronicle every Cup, Nationwide and truck series race.

In this "have at it boys" season, NASCAR actively encouraged the drivers to speak their minds and deal with issues on the track among themselves. It sometimes takes a very thick skin to be a Sprint Cup Series driver in 2010.

There has been a whole lot of talking going on among the drivers that is dutifully reported by the media corps, the NASCAR TV partners and the radio networks. But, now there is one place where almost no talking is going on. That place is Twitter.

Click here to read "Did NASCAR Crush Social Media" from the August 4 edition of TDP. The story was updated on August 9 with comments on the topic from Hamlin.

NASCAR fans on Twitter had access to all of Hamlin's tweets. Many looked back and saw a very different situation than the one NASCAR determined needed 50 thousand dollars to resolve. In this case, it appeared that the thinnest skin belonged to NASCAR.

Here are some fan comments on the topic:

"The reason I finally got a Twitter account this summer was to be able to hear directly from the drivers. It was cool. But now all we get is just plain silence." (from Vince)

"NASCAR moves one step closer to pro wrestling than pro sports. It's less and less about the competition and more and more about the show and about rivalries. Stick and ball teams and leagues have "you can't badmouth us" rules too but they don't make it rain in the top of the 8th or throw towels on the court with 20 seconds to go." (from Tripp)

"I remember reading Denny's tweets that night and even gave my thoughts on it to him and to Gluck at the time. I didn't see anything at the time where I really thought Denny said anything out of line or that hadn't been said by other drivers and by fans over the last few years about the late cautions." (from PJ)

Hamlin's online conversation with SBNation blogger Jeff Gluck on the topic of "mystery debris" caution flags was apparently the key issue for NASCAR. It's ironic that other drivers, team owners and NASCAR personalities at the time were also actively engaged in tweeting on that same topic.

One well-known Sprint Cup Series owner with a long history in TV engaged in an extended Twitter debate where he defended NASCAR's right to make the race more exciting by purposefully throwing a caution flag. He called it a "TV timeout." To even have this discussion, the assumption by all was that "Jacque Debris" had visited once again.

The Twitter universe is huge, growing by the day and becoming the most effective way to transmit information in a timely fashion to a targeted audience. In much the same way that NASCAR's drug policy used to be based on "reasonable suspicion," the sanctioning body has not defined for personalities within the sport a social media line that should not be crossed.

It's time for NASCAR to re-open the door and tap into the fastest growing global communications technology. Instead of direct conversations with fans around the world, the NASCAR drivers stumble into Richmond in the middle of a social media blackout.

Where Twitter is concerned, "have at it boys" failed miserably. Perhaps, one simple and clearly stated official policy would assist in bringing back the rapidly growing interaction between fans and NASCAR personalities that ground to a halt in spectacular fashion.

We welcome your comments on this topic. To add your opinion, just click on the comments button below. This is a family-friendly website, please keep that in mind when posting. Thanks for taking the time to stop by The Daly Planet.
Posted by Daly Planet Editor at 12:05 AM 30 comments: