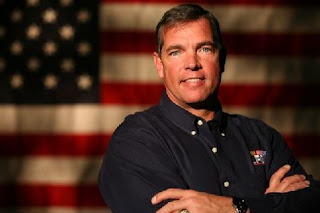 Steve Byrnes got the familiar feeling going for NASCAR fans as SPEED marched into the network's Preseason Thunder series despite the lack of activity at Daytona.

It was Jeff Hammond who appeared with Byrnes in the new SPEED HD studios while Bob Dillner reported from the very empty Daytona International Speedway.

Dillner touched on the fact that some teams are testing at non-NASCAR tracks before the season despite the attempt by NASCAR to eliminate all pre-season testing and the costs that go along with it. This is a story that SPEED will hopefully follow as the reality of who is testing and where continues to unfold.

Why Dillner was actually in Daytona rather than at a team shop or in the SPEED studios was never really made clear. Dillner looked rather lonely, but did manage an interview with the DIS president about the situation at the track.

Adapting to change is going to be the theme of this preseason and both Byrnes and Hammond were not afraid to expand on this topic. Hammond's point was that taking the new testing situation as a challenge was going to be something successful teams would have to do. The tough guy in Hammond is still apparently alive and well.

David Ragan appeared in the studio at just the right time as the show was certainly in need of a guest. Ragan continues to mature and may well be one of the key stories of this season.

Testing again was the theme, but Ragan pushed aside the notion that the lack of Daytona preseason activity was going to affect the Roush teams. Ragan's confidence in his team engineers, crew chief and his own ability was apparent. Just like Kyle Busch, Ragan has certainly grown-up right in front of the TV cameras.

This SPEED series focuses on preseason issues and serves as a preview of the new year. Lots of NASCAR topics were not included in this first thirty minute show, but there are plenty of episodes of Preseason Thunder left to cover the rest of the January happenings and NASCAR news.

The rest of this week finds Preseason Thunder at 6PM ET. Next week the shows move to 7:30PM as Wendy Venturini and Randy Pemberton join Dillner to report on the annual NASCAR media tour. The final week of shows leading up to speedweek will be at 7PM.

It will be Ryan Newman who joins Byrnes and Hammond in the studio on Tuesday.

The Daly Planet welcomes comments from readers. Just click on the COMMENTS button below and follow the easy instructions. The rules for posting are located on the right side of the main page. Thanks for taking the time to stop by.
Posted by Daly Planet Editor at 6:30 AM 29 comments: