Moneyball Part 2: This Time It's NASCAR 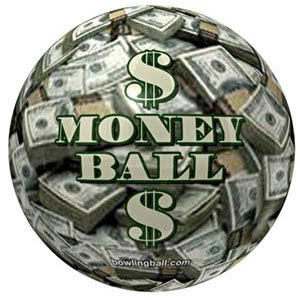 Once again Danica Patrick made news without saying a word. Instead, it was Tommy Baldwin on SPEED's RaceHub Tuesday evening trying to explain a deal that was made for only one reason. That reason was money.

Baldwin confirmed that Patrick would be racing 10 Sprint Cup Series races for his team, Tommy Baldwin Racing (TBR). However, it will be Greg Zipadelli as her crew chief and her equipment will actually be coming from Stewart-Haas Racing (SHR). As most fans know, that means Hendrick Motorsports (HMS).

Baldwin's actual team driver, Dave Blaney, will now lose the opportunity to use those points and will have to race his way into the Daytona 500 and other races early on. Baldwin essentially sold his points for cash, taking the money without even running.

David Reutimann will be racing the TBR #10 in the other Sprint Cup Series races, basically keeping the seat warm for Patrick and the car in the top 35 in points. That makes sure she also gets in the remainder of her 9 races after Daytona without having to qualify on time.

Baldwin would not say where the 2012 points from the #10 will go next year, but veteran reporter Dustin Long said he believed they would travel to SHR. The idea behind that is that Patrick may also be traveling to SHR.

The money behind this effort is from Go Daddy. Patrick's management team is amazing at using the Go Daddy funding to keep her media exposure high despite the lack of any significant success in IndyCar or NASCAR.

It's not the eyeballs of the NASCAR fans in the stands that Go Daddy is chasing. This company is all about TV exposure and the Daytona 500 will come immediately after Patrick's extensively promoted Super Bowl commercials. Once again, crude sexist innuendos are being used to sell domain names.

FOX is the beneficiary of Patrick's continued rise up the NASCAR media exposure ranks. Stories out around the world Tuesday about the TBR and SHR "collaborative agreement" focused not on the sleazy points deal, but on the fact that the Daytona 500 will now have a female racing in it.

There is little doubt that Baldwin is getting paid a good sum, which helps his struggling race team, but it still leaves a bitter taste in the mouth. For his part, Baldwin said on RaceHub that Chevy played a major role in making this deal happen. No doubt Danica in a Chevy on FOX in the Daytona 500 is worth a significant amount of money.

In a way, all three NASCAR TV partners involved in coverage from Daytona reap rewards from this deal. SPEED now gets Danica in the Twin qualifying races as well as the practice and qualifying sessions. ESPN gets Danica in all the Nationwide Series programming that the network produces and some Cup races.

Regardless of whether she crashes out on the first lap, struggles home outside the top twenty or maneuvers herself in a position to win there is no downside. As we have already seen, FOX included Patrick immediately in the network's Daytona 500 promo's even before she was locked in with this points deal.

Moments after this "agreement" was announced on Tuesday, FOX's Darrell Waltrip was on Twitter spinning this as positive for all involved.

Shortly after noon: "To me point swapping is a form of franchising, it gives all the teams in the top 35 added value, it particularly helps small teams!"

At 5PM he expanded the idea: "Not sure how anyone could not feel good for Tommy Baldwin, from a start and park to a team with Danica and David R.... his gamble paid off."

At 6PM he wrapped it up: "What Tony and Tommy are doing is buying insurance, to cover any unexpected happenings. She may not even need the points if she runs well! The insurance is if she should miss the Daytona 500 for some reason, its very difficult to over come that and make it into the top 35."

That helps us to understand the approach FOX is going to take on this issue. It's all good, the deal is done and we have a high-profile female driver we can use to promote this event to an entirely different fan base.

Keep an eye out on various FOX cable networks around the nation as the drumbeat for Daytona begins to get louder and louder. Unlike ESPN's struggles to promote the Nationwide Series, FOX puts a lot of time and effort into the Daytona speedweeks.

So, the deal is done and Danica is in the Daytona 500. She gets a top-notch car from SHR, a top-notch crew chief in Greg Zipadelli and the TV focus from FOX. It might be speed that wins the race, but this double-secret rules bender with cars, crew chiefs and drivers all "loaned out" reinforces the point that money really drives the bus when it comes to playing on the big stage.