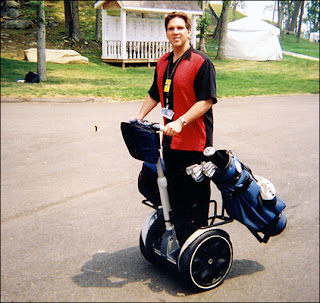 Since announcing that Ryan Burr, a current ESPN News anchor, was going to join NASCAR Now as a co-host, we have rarely seen him. A fan favorite, and an on-air announcer who seems to clearly understand NASCAR, Burr was once again absent for the most important show since Daytona. Monday was the one-hour version of NASCAR Now re-capping Darlington, the Dale Earnhardt Junior story and the upcoming All-Star weekend.

For some reason, the struggling on-air host Erik Kuselias was the solo anchor of this show. Kuselias was just replaced by Alan Bestwick on NASCAR Countdown, the Busch Series pre-race show on ESPN. It is only a matter of time before he is replaced on NASCAR Now, a move that will finally allow ESPN to have credible announcers hosting every NASCAR program.

After Cup highlights, reporter Shannon Spake followed up directly with additional sound from Gordon and his team regarding their decision-making. Steve Letarte was clearly the story of the race, and Spake added the interviews that tied-up the race into a nice package. Once again, Spake is a low-key talent who lets the interviews speak for themselves, and always delivers the goods. She has come a long way in a short time from her SPEED Channel beginnings.

Kuselias continued his ridiculous behavior and constantly uses "if the season ended now" as a preface for more useless information. Boris Said and Stacy Compton sat on the studio set watching Kuselias talk and talk. They were just waiting to add their "expert" commentary, but Kuselias is a radio guy. He does not understand the on-air dynamics of television, and it shows.

He is there to direct traffic. Not to create content, interview NASCAR personalities, or offer commentary. Yet, this is what he has consistently done since Daytona with disasterous results. He was recently dismissed from one high profile ESPN assignment, and is stuggling at this one. Apparently, no one at ESPN will tell the Emperor he is naked. We can only wonder why.

The "fact or fiction" segment placed into this program forces any discussion into only small "bites" of information. Its basically made for radio. This was the case in this show, where the topic was Dale Junior, and controversy was the goal. Unfortunately, Kuselias does not understand the answers given by the on-set experts, and in this program he asked a question that both drivers had just answered. He is enthusiastic for any disagreement, and seems to believe that this serious subject matter is akin to the Mets chances for the playoffs. Just more "junk talk" to fill the ESPN airwaves. Did we mention sports radio?

Finally, thirty minutes into this program, NASCAR Now incorporated Marty Smith and Angelique Chengelis into the show. These two field reporters are absolutely vital to the credibility of this series, but the same old problem remains. Kuselias must read scripted questions to both reporters one at a time, because he does not know what they are talking about. It makes things just painful to watch. If only the host knew the sport, things would be so different. To watch Marty Smith wiggle under the thumb of Kuselias is always interesting, because Smith clearly knows that he is speaking directly to someone without a clue.

One positive note from NASCAR Now is the long race recap and additional driver sound that the Monday edition incorporates in the second half of the show. Kuselias always hypes the intensity of the driver comments, and this week the very bad ESPN Reporter David Amber was heard asking ridiculous questions to drivers after the race. Give credit to Denny Hamlin for remaining calm when confronted with a "NASCAR illiterate" reporter. Both Stacy Compton and Boris Said put Kuselias in his place when he tried to hype Denny's comments. Does this guy ever learn?

Throughout the show, Kuselias promoted the fact that Gordon's crew chief, Steve Letarte, was going to be a live guest. Some forty five minutes later, Letarte was interviewed by phone from North Carolina. This was a great idea, and the right person to interview. Unfortunately for all concerned, the only person allowed to speak with Letarte was the host. Let me say that again. With Stacy Compton and Boris Said sitting right on the set, the only person who spoke with Letarte was Kuselias.

"How close were you to blowing up?" Kuselias asked Letarte. What? Kuselias then asked Letarte exactly the same questions Shannon Spake has addressed earlier in the show about the race. Why? This interview was supposed to be about his feelings now, what the mood was at the shop now, and what the Monday after the race had revealed about the car. One had the feeling that Compton and Said might have been quietly shaking their heads on the set. Another opportunity for a great interview wasted.

With ten minutes left in the show, ESPN ran a solid feature on the All-Star race. As usual with ESPN, it focused on the personal conflicts that "might " break-out during the "crashing" and "violence." As we all know, this event has always been a stand-alone exciting race with lots of wonderful racing and the true definition of short track action on a big speedway.

Boris Said will be racing in the Open, and mentioned SPEED Channel's RaceDay campaign to vote Kenny Wallace into the field. Kuselias had absolutely no clue what Said was talking about. Compton just laughed. To the two drivers, these "ESPN guys" have to be hilarious a lot of the time.

Finally, there was a super Busch Series race on Friday night at Darlington. The network showing the race was ESPN. Top ESPN NASCAR personalities Dale Jarrett and Andy Petree provided the commentary, with Jerry Punch on-board as the ESPN host. The pit reporters were outstanding, the directing was great, and Darlington at night is just a blast. ESPN did themselves proud with this telecast.

NASCAR Now celebrated this fact by refusing to show any Busch Series highlights in this one hour show. They refused to recap the Busch Series race results, or season standings. They basically refused to acknowledge that the Busch Series existed. Just like their failure on the Dale Junior story, its like if they just ignore it, then it should just go away. But wait, if you can believe it, it only got better.

Could it be that after three months of airing, someone at ESPN actually saw that commercial? That can mean only one thing in Bristol, CT. The Red Sox game was rained out.

The Daly Planet welcomes comments from readers. Simply click on the COMMENTS button below, or email editor@thedalyplanet.tv if you wish not to be published. Thanks againg for taking the time to stop by.
Posted by Daly Planet Editor at 5:59 PM 5 comments: