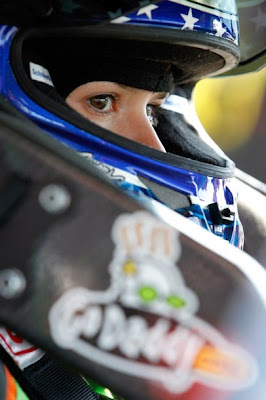 Once again, SPEED does the heavy lifting before ESPN2 steps in and telecasts the Nationwide Series race from PIR.

The day begins at 1PM with Nationwide Series qualifying. Rick Allen, Phil Parsons and Jeff Hammond will handle the action. Steve Byrnes and Dick Berggren are the reporters.

Then the big boys come out as the Sprint Cup Series qualifies at 2:30PM. Mike Joy, Darrell Waltrip and Larry McReynold are working that coverage. Matt Yocum and Krista Voda reporting.

4PM starts the NASCAR Countdown show on ESPN2. Nicole Briscoe hosts with Rusty Wallace and Brad Daugherty. It should be interesting to see how much Danica comes into play. She is not having a very experience at PIR so far this weekend.

We will be maintaining a live stream on Twitter using the #TDP1 hashtag. You can view my account on twitter at twitter.com/thedalyplanet. Twitter is free, easy to use and you can sign-up in a snap. We will live blog the Nationwide Series race on Twitter today. Hope you can join us.

Posted by Daly Planet Editor at 11:50 AM