ESPN's Got Some "Splainin" To Do 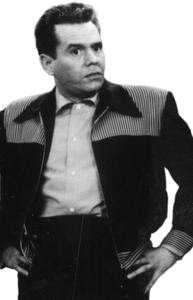 Friday night at 7:30PM it will fall to Allen Bestwick to host the NASCAR Countdown pre-race show on ESPN. This week's Nationwide Series race is from Bristol, TN. That, however, may not be what is foremost on the minds of many fans.

There are a lot of opinions about what happened last week after the race that resulted in some of the harshest penalties ever levied in the Nationwide Series. Bestwick's task will be to add some facts to the story that ESPN had a very big hand in creating.

ESPN's Tim Brewer was called-out on Tony Stewart's weekly Sirius radio show for Brewer's suggestion that the two JGR drivers may have played a role in the insertion of magnetic spacers that affected the travel of the throttle cable on the dyno test after the MIS event.

Joe Gibbs assured fans that the drivers had no role in this incident and stated that JGR is going to appeal the points penalty and season-long probation that Stewart and Joey Logano received to the NASCAR commission. He made these statements Wednesday on ESPN2's NASCAR Now to reporter Marty Smith.

In the same show, ESPN Lead Analyst Dale Jarrett stated that in his opinion the drivers were not involved. That same Mr. Jarrett will be working the Nationwide Series race from Bristol and appearing on the NASCAR Countdown pre-race show.

Bestwick will be joined in the ESPN Infield Pit Studio by Rusty Wallace and Brad Daugherty. Also on-hand will be Andy Petree upstairs in the announce booth alongside Jarrett. Finally, live in Bristol from the Tech Center will be Mr. Brewer.

All of these ESPN on-air personalities are going to have a role in the discussion of deciding if one of the biggest names in NASCAR was directly involved in cheating on a Toyota dyno test at MIS. That name is not Joey Logano.

It was Nationwide Series Director Joe Balash who told Stewart that ESPN had used his name when discussing the incident and how it might have occurred. That did not go over well with a current Toyota driver who is about to become a Chevy owner.

Stewart was hot and it would quite possibly be in the best interest of ESPN to address the issue before putting a live microphone in-front of Mr. Stewart on Friday night. If ESPN needs help with that decision, perhaps a single phone call to Goodyear would suffice.

Handling the reporting duties from the garage and pit road for the evening will be Jamie Little, Shannon Spake, Dave Burns and Mike Massaro. What they will add during the pre-race show on this Nationwide Series key story should be interesting. Once the race is underway, pit reporting at Bristol is a nightmare. The noise level in the infield can only be described as deafening.

Race coverage is scheduled to begin at 8PM and with a lot on-the-line at this time of the year, tempers are going to be tight. Fans saw good two-wide racing in the NCTS event on Wednesday, so perhaps the Nationwide Series will find room to race as well.

Last week, ESPN shocked many fans by leaving a live NASCAR post-race show seven minutes early to get to the stick-and-ball world of SportsCenter. Friday night the live Nationwide Series race coverage is scheduled to run until 10:30PM. Waiting to go on-the-air at that time will be yet another edition of SportsCenter.

There will be a new post up for in-progress comments on the Friday night ESPN coverage from Bristol at 6PM.

This post will serve to host your pre-race comments about the issues discussed above and any other TV-related opinions. To add your comment, just click on the COMMENTS button below and follow the easy directions. The rules for posting are located on the right side of the main page.

Thank you for taking the time to stop by The Daly Planet and join our Internet conversation.
Posted by Daly Planet Editor at 8:17 PM 34 comments: