Things Are Shaking At DirecTV And Sirius XM 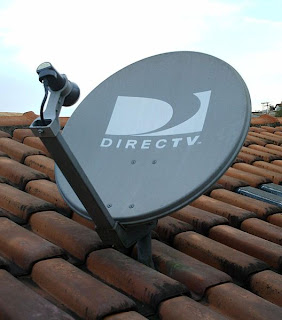 DirecTV is valued at 24 billion dollars and no one really has any idea what to do with it. Sirius XM Satellite Radio continues to limp along with a single share of stock worth 47 cents. Its demise has long been forecast.

But, something behind the scenes is happening that may well change the fates and fortunes of both companies. His name is John Malone and his company is called Liberty Media.

Click here for a Wall Street Journal story about the recent (tax-free) move to consolidate the ownership of DirecTV. The ultimate motive is to make the company available to potential sale or merger with a phone company. Confused?

The cable TV companies are killing satellite TV by offering residential customers a low-cost combination of cable TV, high-speed Internet access and telephone service. This bundling of services is offered at a price that separately DirecTV and the various phone companies can't match.

The solution is to sell or merge DirecTV with a phone company that also offers broadband Internet service. That would allow this new company to now come at you with satellite TV, Internet and phone service bundled. Simply by matching the price of the cable TV companies, this new entity would be able to compete.

Before you get bored with this column, let's talk NASCAR. DirecTV's Hot Pass service was cancelled because it basically only reached the 13 million customers that DirecTV had in 2008. Out of that base, they were unable to guarantee that enough folks would pay additional fees for Hot Pass in 2009. Wait, it gets better.

Here is the latest twist. Click here for a little column whispering about the fact that Mr. Malone recently stepped-in and bought a 40% share of Sirius XM Satellite Radio. Now, why would he be interested in this struggling and essentially bankrupt company?

Could it be that he envisions offering Sirius and DirecTV combined on your home satellite dish? After all, it is satellite radio.

In the not so distant future, you could be approached by a company who could offer all the NASCAR programming carried on the broadcast and cable networks sent to you in HD on a home satellite dish. This time, however, that same company could offer you home phone and high-speed Internet service at the same price as the cable TV company offer. So, what would sweeten the deal for NASCAR fans?

OK, take a deep breath. First, all the NASCAR TV programming comes on the satellite dish in HD. Then, Hot Pass gets resurrected in the same fully-produced format. Finally, you get Sirius XM's NASCAR channel 128 available fulltime on the same home dish, just like the music channels now on your cable TV dial. Of course, all of this now comes with high-speed broadband Internet for your NASCAR surfing and telephone service to tell all your friends. Whew.

In January of 2008 we wrote a column about convergence. Click here to read it. Convergence is "the modern presence of a vast array of technology to perform very similar tasks." After reading this column, does that sound familiar?

There is a huge battle raging over which companies will get access to your home and who can bring the most toys for your entertainment pleasure. Mr. Malone seems to be intent on combining DirecTV, Sirius XM, Internet access and phone service to beat the cable TV companies at their own game.

The financial moves this week may well be companies setting themselves up for big changes in the future. While the TV networks and the personalities may remain the same, how and where you watch and listen to NASCAR programming in 2010 may be very different.

Update: Remember, we are talking about a combined company. Only the TV and Sirius XM portions would be delivered on a home satellite dish. The Internet service and phone would be brought into your house on a land-line, just like the traditional phone companies offer now. Thanks to several TDP readers for asking a question about that issue.

Thank you for taking the time out of your day to stop by The Daly Planet.
Posted by Daly Planet Editor at 9:00 AM 42 comments:

Jeremy Mayfield's ride in NASCAR has been a combination of highs and lows. This season, his career is once again involved in what can only be called a bittersweet combination of perseverance and desperation.

The rock group Saving Abel has just released a new music video with Mayfield as the centerpiece. TDP told you about this concept, now the finished video is done and can be viewed on You Tube by clicking here.

The video for the song "Drowning Face Down" depicts Mayfield as a struggling local racer trying to make the big time. It includes footage from Bristol Motor Speedway and Mayfield's own shop. Also included are cameo appearances from Brian Vickers, Carl Edwards, Clint Bowyer and Martin Truex Jr.

“It was awesome,” said Mayfield. “Just being a part of that was just cool for me. Those guys are great and I’m glad to see them coming up. I didn’t really know them that well until we did the video and they have a lot of fun. It’s funny how our story kind of fit their song and worked perfect for their video.”

Saving Abel frontman Jared Weeks said the band is all big NASCAR fans and they were excited to work with Mayfield and the other drivers. This is the third video from the band's self-titled album that recently went gold.

It should be interesting to see what music television networks choose to play this video. The song is good, the band is popular and the video is easy to watch. Mayfield may just find that this investment of his time might pay off in an exposure of his NASCAR efforts and his dedication to a brand new audience.

We welcome your comments on this topic. To add your opinion, just click on the comments button below. TDP is a family-friendly website, please keep that in mind when posting.

Thank you for taking the time to stop by The Daly Planet.
Posted by Daly Planet Editor at 8:30 AM 16 comments: