What Can Stop The "NASCAR Now" Train? 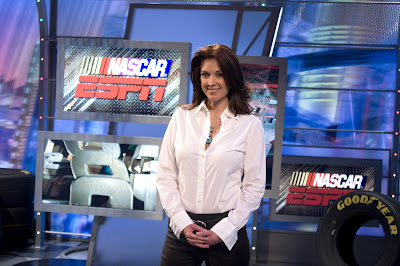 Monday evening, Greg Biffle was a panelist on This Week in NASCAR on SPEED. He did a good job with Michael Waltrip and host Steve Byrnes responding to the questions he was asked, and talking about the races at Bristol and Martinsville.

Wednesday, Biffle was a guest on NASCAR Now on ESPN2. In just a couple of minutes with host Nicole Manske, Biffle offered more information, insight and personal news than during the entire hour of TWIN on SPEED.

Manske started the show with Biffle, and covered topics from his contract renewal to the resurgence of Roush Fenway this season. Biffle was casually attired and in his own race shop, which helped him to engage in a great conversation with Manske. She has learned to ask the tough questions, and Biffle was up to the task.

It was a nice touch to follow Biffle with ESPN Analyst Andy Petree. He had a great personal perspective on Biffle, and then moved onto other news topics in a fast-paced conversation with Manske. Petree answered the question of troubles with the Joe Gibbs Racing steering boxes by having one on-hand. His simple and straightforward answers work well with Manske, and Petree knows his NASCAR.

As mentioned earlier this week, the second driver interview on the show was Aric Almirola. This young man has proven to be a good interview, and Manske worked him on the issue of driving part-time once again this season. Almirola was coming off a good finish at Bristol, and the questions about his part-time status made sense. It was a nice touch that Manske asked about Gibbs conversation with Almirola after the Bristol finish.

Shannon Spake was up next to address the Nationwide Series. She has worked hard as a field reporter, but struggles in a studio setting and did once again Wednesday. Manske asked good questions, but Spake had her script already in-mind and it was a bit tough for her to stay on-track with her information.

Tim Brewer is still working to establish a place on NASCAR Now during the week. His feature Wednesday was from the JR Motorsports shop, and he did a good job of explaining how the impound rule affects choices in qualifying for the Nationwide Series.

Manske closed-out the show with news and notes, and once again impressed in her transition from The SPEED Report to NASCAR Now. Petree addressed the Jayski rumor that he would be driving a Craftsman Truck in Martinsville, and made it clear he would only be an observer. That was a nice news tidbit to end another positive and professional edition of NASCAR Now. This show is on a roll with no end in sight.

The Daly Planet welcomes comments from readers. Simply click on the COMMENTS button below and follow the easy instructions. Thanks again for stopping by.
Posted by Daly Planet Editor at 5:58 PM 28 comments: 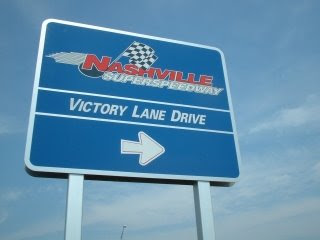 In 2007, ESPN was accused of leaving the Busch Series out in the cold when the "regulars" stepped-away from the Cup circuit for stand-alone races.

As the NASCAR on ESPN crew prepares to head to Nashville for a stand-alone Nationwide Series race, the network has brought along all the bells and whistles for a full weekend of race TV coverage.

With Jerry Punch spending Easter with his family, it will be popular motorsports veteran Marty Reid calling the play-by-play action for the weekend. Reid will be joined in the booth by Rusty Wallace and Andy Petree. Wallace has a vested interest in this series, and knows the teams and drivers very well.

Recently, Wallace has been able to make light of the struggles of his son Steven as he pursues a racing career in the Nationwide Series. "Expensive" may be the one word to sum-up 2007, and Wallace has been very upfront about the costs involved in helping his son come-up through the ranks. Now, with Wallace enjoying his role at ESPN, it should be interesting to hear his take on the overall health of the series and the quality of the racing.

ESPN will also bring along four pit road reporters with Vince Welch stepping-in for the vacationing Dave Burns. Alongside Welch will be Mike Massaro, Jamie Little and Shannon Spake. Most NASCAR fans know that Welch is a pit reporter for ESPN and ABC's coverage of the IndyCar Series.

The final good news for the Nashville weekend is that the hardest working man in NASCAR show business will also be along for the ride. Allen Bestwick will host the NASCAR Countdown pre-race show and anchor the Infield Pit Studio during the race weekend. He will be joined by Rusty Wallace for the pre-race show, and Brad Daugherty for all the coverage.

ESPN2 will air Friday practice live at 2:30PM Eastern Time, and then return with a thirty minute edition of NASCAR Now at 7:30PM from the ESPN studios. Saturday, tape-delayed qualifying will be seen at 11AM on ESPN2 before coverage switches to ESPN.

The NASCAR Countdown pre-race show follows a live NIT Tournament College Basketball game at 2PM, so viewers should be on their toes in case circumstances force Countdown to begin on ESPN Classic.

Countdown is a one hour show, with race coverage scheduled to begin at 3PM. ESPN has given the race a three hour window, with live featured horse racing following immediately at 6PM.

If the race runs a bit long, it should be interesting to see if ESPN decides to put post-race coverage on ESPN Classic or tries to integrate it into the ESPNEWS coverage. After the Busch Series Memphis fiasco last season, things are hopefully in-place should the race run long.

The Daly Planet welcomes comments from readers. Simply click on the COMMENTS button below and follow the easy instructions. Thanks again for taking the time to stop-by.
Posted by Daly Planet Editor at 4:40 PM 16 comments: