NASCAR's Got A Sirius Situation 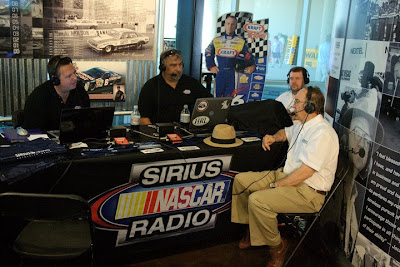 As we head toward the banquet and the official close of the 2010 season, we have used the last couple of days to review big agenda items.

Since 2007 we have been thumping NASCAR, Turner Sports and Sirius XM Radio pretty hard on one issue. The Sirius XM NASCAR channel 128 has never been available online. All those interviews, all those races and all that conversation and debate has been transmitted to only a sliver of the NASCAR fan base.

Sirius XM technology continues to be installed in vehicles and also made available through receivers where a satellite downlink is possible. While the total number of Sirius XM subscribers is put at 20 million, the real number Sirius XM has in mind is much bigger. An educated guess at the number of Americans regularly using the Internet is over 200 million and growing rapidly.

Sirius XM has a nice little online audio application that is easy to use and very portable. The original idea was to capture the laptop and desktop market, but there was a problem. Up to now, three big pieces of the Sirius XM pie were missing. NASCAR, the NFL and Howard Stern were nowhere to be found online.

While Stern continues to negotiate with Sirius XM on this topic, one big domino has finally fallen. The NFL has just signed a deal to bring live games to Sirius XM next season and online streaming is included.

Here are some excerpts on this topic from Spencer Osborne of the SiriusBuzz website:

The news here is the addition of on-line streaming beginning with the 2011 NFL season. This gives Sirius XM Radio a unique advantage with content that is otherwise unavailable through many other platforms or services.

Getting the NFL deal done was an important step that will allow Sirius XM to carry content that many of their competitors simply cannot match. Music is music. However, when it comes to news, talk and sports Sirius XM now almost has it all.

The NFL could have held back and kept the streaming rights for itself. It could also have broadened the existing deal with Verizon and the NFL app that allows streaming of video on some games. It makes the deal worth a lot more because it is yet another outlet where subscribers can access content that keeps them within the Sirius XM universe.

So, Stern is negotiating and the NFL deal is done. That puts the pressure on the three parties involved to get NASCAR in the mix. Turner Sports owns the online rights to NASCAR as a part of an existing contract. It's no secret Turner wants to get paid in any online deal.

Sirius XM has repeatedly said Turner wants way too much money. That leaves the settlement of this issue up to NASCAR. Opening the door to an inexpensive desktop and laptop online application would be great. NASCAR prying open the Sprint door and allowing cell phone streaming for 2011 would simply be spectacular.

We begged for these three parties to get together for the good of the sport during the last off-season and nothing happened. This time, it's beyond crisis mode. Walking into 2011 with Sirius XM 128 still limited to only a small slice of the potential NASCAR fan base is just not going to cut it.

NASCAR content is thriving on Facebook, Twitter and other forms of social media. Online streaming of live video may be coming for next season where races are concerned. It's going to be vitally important to make original live daily radio programming available online as a part of this comprehensive media package.