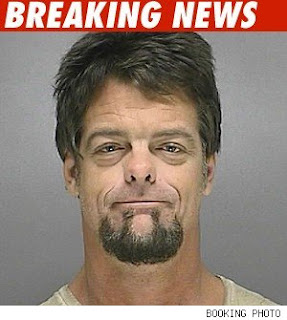 Wednesday afternoon I was one of the media members on a conference call with NASCAR Chairman Brian France. He was joined by David Hill from Fox, David Levy from Turner and John Skipper from ESPN.

France was happy to announce that the NASCAR TV partners and the tracks had come to an agreement that the 2010 Sprint Cup Series races would be returning to more traditional start times. The vast majority of the races would now start at 1PM Eastern Time.

France reinforced that this was NASCAR being responsive to the fans. His TV partners agreed. Something had to change and this was a logical first step.

While answering questions from the media, France explained that he was proud of the Chase this season and the racing it had produced. He sounded happy and relieved that positive change had come to NASCAR after a couple of tough weeks in the TV ratings.

Now, he has yet another challenge to face. This time, it is not within the NASCAR family but within the France family itself. Click here to read the very descriptive story offered on Thursday in the Daytona Beach News Journal.

The Internet reprints and various off-shoots of this story continued to grow as this TDP column was composed on Thursday night. The France name once again was tied to driving under the influence. Complicating matters this time was the fact that crack cocaine was found on JC France himself.

There should be some interesting decisions made in production meetings for various TV shows over the next several days. JC France is a well-known driver in the Grand Am Series which airs on SPEED. JC's father is essentially the owner of the Grand Am Series and also has his hands in both the NASCAR and ISC sides of the family business.

Thursday's NASCAR Now with Mike Massaro did not mention the story. This TV series has focused on NASCAR for three seasons now. ESPN also has the ESPNEWS Network and SportsCenter. Both were all stick-and-ball on Thursday. However, the JC France arrest story was on ESPN.com on Thursday evening in the NASCAR section.

SPEED has NASCAR Live offering news updates from the track in Fontana, CA on Friday. The network also offers Trackside later that night. This has traditionally not been a very "newsy" show. As with ESPN, the France arrest story was posted on the SPEEDtv.com website.

Click here to have a quick listen to JC talk about his Grand Am participation and hopes for the future. All of that is now in doubt as he has quickly been suspended by the sanctioning body after this incident. The final Grand Am race of the season is set for Homestead, FL this weekend with the IRL Series also racing.

In terms of other notable France family-related websites, the France arrest was not posted on Grand-Am.com as of late Thursday night. The NASCAR.com site contained the France arrest as an AP story in the newswire section. The RacingOne.com site did not mention the item in the Grand Am news section.

What are your thoughts on how this story should be treated in the racing media? Do the recent outspoken Jeremy Mayfield comments by Brian France now come into play for this family issue? Is this a topic that should be dragged over into the NASCAR TV news for the weekend?

We ran a Twitter comment poll Thursday evening and got very diverse responses. We are not interested in opinions about JC or Brian France. Our interest is how you see this story playing out in the NASCAR, racing and mainstream TV programs over the next several days.

To add your opinion on this topic, just click the comments button below. This is a family-friendly website, please keep that in mind when posting. Thanks for taking the time to help us with this topic.
Posted by Daly Planet Editor at 7:00 AM 78 comments: