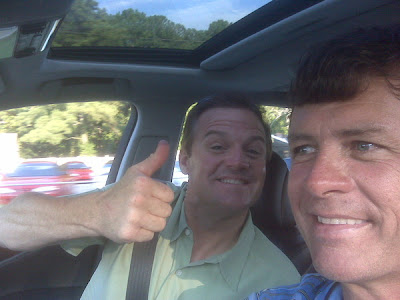 Here are some topics that are up for discussion this week. They will be updated on this post if more information becomes available.

Overnight TV ratings are in for the races from Auto Club Speedway:

The NASCAR Sprint Cup Series race on FOX earned an overnight rating of 5.0 rating 10 share opposite the Olympics. That’s down 6% compared to last year’s 5.3 rating 8 share in a later time period. Yesterday is the lowest overnight for FOX’s Fontana race since it moved to February. (from KGKI - The Racer's Network)

Series will debut on March 1 at 9 p.m. ET and feature a 10-episode grassroots talent search taped at stops along the NASCAR tour. It is the first major development announced since Fox Sports chairman David Hill expanded his role to include direct oversight of SPEED.

The show will be hosted by Michael Waltrip, a NASCAR owner. “I love talent shows,” Waltrip says. “I went to Hunter [Nickell, SPEED's president]and told him he should air a NASCAR talent show. He thought it was a great idea, and next thing you know, we're doing it.”

Fox/FSN on-air talent Charissa Thompson will co-host the show with Waltrip. It will feature not just wannabe singers, but also acts such as comedians and dancers. The show will tape from late February until May. SPEED plans on airing each episode as many as six times after its Monday-night original. The judges will be Riki Rachtman, a former rock star and host of radio's NASCAR 24/7, Hollywood talent manager Kathy L. Carter and a weekly guest judge culled from NASCAR's many personalities.

Click here to view the Fast Track to Fame website for information about auditions and specifics about the series.

Monday saw the normal TV line-up of NASCAR Now on ESPN2 and Race Hub on SPEED. NASCAR Now got an extra 15 minutes as the delayed NHRA event from Phoenix was updated by Paul Page in an highlight/interview format. That took only 15 minutes, so NASCAR took the rest of that 30 minute block. ESPN did an admirable job of dealing with the untimely death of a spectator at the NHRA event over the weekend as well.

Will there be an episode #3? Jimmy Spencer's series on SPEED called "What's the Deal" had its second program on Monday night. Spencer has no problem poking fun at himself, but his co-host is Ray Dunlap and that is the problem. Dunlap is not a host, he is a reporter. The result was not good.

Spencer desperately needs someone with him who gets it. Dunlap does not and gradually gets more frustrated as the program progresses. The entire idea of the show is to let Spencer vent and then mix back in the responses from the TV audience.

The disjointed product on Monday saw Spencer call people names and say stupid things, but that is the point. Having Dunlap correct him, argue with him and make fun of him does not work. This show should be peppered with viewer emails, Tweets and Facebook messages as the theme.

Spencer was unceremoniously dumped from two high-profile shows on SPEED. It seems on this program, he is getting little direction and no production help. The show this week concluded with Spencer getting Nationwide Series driver Kenny Wallace on the phone to talk about why his car and many others were never mentioned by ESPN on Saturday.

Unfortunately, Dunlap was so flustered and Spencer so confused by this point they never got around to addressing the topic. They chose instead to talk about casinos, gambling and the fact that Spencer is not in Las Vegas this week. Judging from the quality and content of this program, it might not be a bad idea for Spencer to catch a flight in that direction. He is having absolutely no luck at SPEED.

We invite your comments on these topics. To add your opinion, just click on the comments button below. This is a family-friendly website, please keep that in mind when posting. Thank you for taking the time to stop by The Daly Planet.
Posted by Daly Planet Editor at 7:00 AM 58 comments: