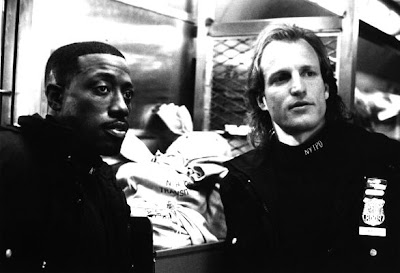 Before we turn our attention to the Daytona 500 and the new season of NASCAR on FOX, there is some unfinished business with ESPN. Jeff Gluck of SBNation reported recently on a post-season poll he conducted. After wishing Dale Earnhardt Jr. was running better, the number two thing on the wish list of NASCAR fans was the request for side-by-side commercial breaks on the Sprint Cup Series telecasts.

This first drew my attention back in 2006 when a young reporter named Marty Smith prepared this (click here) article on the topic for the NASCAR.com website. Smith did a wonderful job of exploring the topic and interviewing the parties involved in the issue.

Back in 2006, ABC/ESPN spokesman George McNeilly told Smith that the network would enjoy the opportunity to bring side-by-side coverage to NASCAR fans, but obstacles abound. It's not as easy as simply doing it.

Ramsey Poston was the NASCAR spokesman back in 2006 and this was his response on the topic. "We are always interested in finding the best way to showcase our racing in a manner that serves fans, sponsors and the networks," Poston said. "Up to this point we have not seen a split screen solution that accomplishes that."

Money was said to be at the heart of the matter. ESPN is NASCAR's largest TV partner and paid a hefty sum to return to the sport. This huge TV contract put ESPN in charge of not only the final seventeen Sprint Cup Series races, but made the network the exclusive TV home of the Chase for the Championship.

Fans remember all too well the significant amount of commercial inventory run in the NASCAR on ESPN telecasts this season. Many believe that this is the primary revenue source for the company and being directly used to pay the NASCAR rights fees. Nothing could be further from the truth.

The reality is that ESPN has its own money train. It delivers each and every month and is full of items that may look familiar. Those are your hard-earned dollars spent to maintain cable or satellite TV service so you can watch NASCAR. ESPN's money train is full of your cash.

Reporter Anthony Crupi of Mediaweek.com calls ESPN the Uncle Pennybags of sports broadcasting. Pennybags is the jovial type who takes your money on a regular basis in Monopoly and never hides the fact he is flush with cash. Here is Crupi's take on the current college football situation.

Perhaps nothing illustrates ESPN’s rapacity (greed) quite like the college football bowl season. After blowing Fox Sports out of the water with a $500 million bid, ESPN won the rights for the Bowl Championship Series through 2014. In so doing, it now plays host to 33 of the 35 bowl games, including the Oregon-Auburn title match on Jan. 10.

And here’s the corker. Despite the towering expenses associated with hosting the BCS games, ESPN could air the championship event commercial-free and still walk away fat and happy.

The reason is very simple. ESPN charges cable and satellite operators an average of $4.40 a month per subscriber. Multiplying that by ESPN's 99.8 million subscribers means an annual cash stream of $5.27 billion. That, my friends, is one heck of a money train.

Remember the commercials? ESPN stands to make over a billion dollars in advertising this season, but that pales in comparison to the cash flow that is ultimately from consumers. As we all know, prices for cable and satellite services have never gone down. ESPN's windfall is here to stay.

This reality check should push open the door for a revamp of the dismal failure that was the 2010 Sprint Cup Series telecasts on ESPN. If these production and commercial problems existed with another major professional sport on ESPN, a solution would have already been found.

Side-by-side commercials and less inventory is the only way to let fans watching at home actually see the final seventeen races. What ESPN hopes you conveniently forget is that you are already paying to watch it with your monthly cable or satellite bill. Add in the incredible amount of commercials, and ESPN is smiling all the way to the bank.