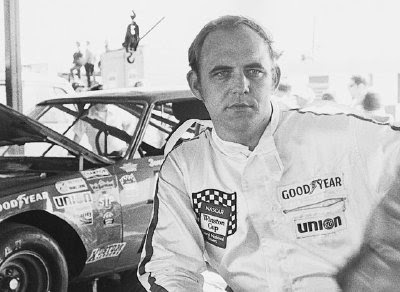 Benny Parsons has been gone from us for one year. It is still easy to close your eyes and see his smile and hear his voice. Always full of passion, always quick to be kind, always the first to point out the good in any situation. That was BP.

If you met him as a fan, please pass along that story. If you were a co-worker in TV land, or a NASCAR industry employee who had a "BP experience," tell us about it.

Benny's wife Terri reads this blog, and has been kind enough to leave us comments in the past. Also, the many TV personalities that stop by The Daly Planet have almost all been touched by BP in some way. As David Poole says in his blog, BP really excelled at the art of listening. It made all the difference.

Thanks again for taking a moment to leave us a BP story or comment. Just click on the COMMENTS button below and follow the easy instructions.
Posted by Daly Planet Editor at 8:30 PM 12 comments: 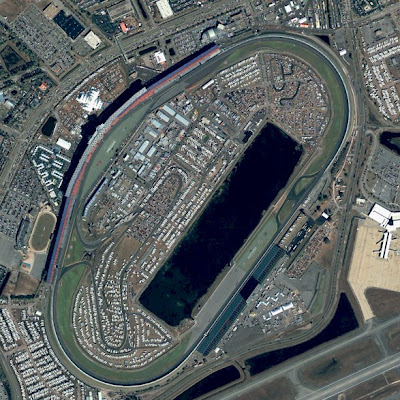 When SPEED told us they were going to ramp-up their coverage of the Daytona testing, we were skeptical as to what would result. All of us had visions of bored drivers going on five lap runs while the engineers tested shock adjustments.

Well, as usual...we were wrong. The coverage from Daytona turned out to be exactly what the doctor ordered for NASCAR fans waiting for some familiar faces on TV. As the shows progressed, it became clear that SPEED had tapped into something brand new.

John Roberts was joined by Jeff Hammond the first week, and then Larry McReynolds for this week as analysts. On pit road, Bob Dillner handled the early action and then passed the baton to Adam Alexander.

With the COT basically changing everything, the testing took on a whole new dynamic with teams making absolutely no adjustments to the entire exterior of the cars. No fenders were being shaped, no spoilers were on the track that looked just a bit too large, and no one was running something so illegal it should be in the Rolex 24 as a sports car.

Hammond and McReynolds were outstanding in pointing out exactly what was going on without any fuss or bother. Both of these men just say what is on their mind and back-up their statements with interviews and conversations. Hammond's COT explanations and then McReynolds "tech tips" really told the tale of this testing session.

Sometimes, Bob Dillner seems to struggle a bit when he is put in a new situation. This time, he rose to the challenge of both the field reporting and the studio interaction with both drivers and the other announcers. Dillner may have finally come into his own and polished his presentation to the point where he might deserve a turn behind the anchor desk.

Adam Alexander must have had an interesting time. Fresh from the cozy confines of the Truck Series, Alexander was working hard to define his role on these Cup testing sessions. Given lots of free reign on the Truck telecasts to analyze, this time he found himself staring across the studio desk at Larry McReynolds.

Needless to say, there was only one head honcho at the table, and it wasn't Alexander. Narrowing his scope to fit the assignment at-hand is going to pay off, as he certainly has a good racing background and solid on-air skills. Roberts and McReynolds did a good job of keeping Alexander focused, and that helped in the show's balance.

Some viewers think SPEED could have made these shows one hour in length. There was a lot of on-track action, plenty of guys to talk to, and lots of news. Perhaps, SPEED might incorporate some interviews with the media folks on-hand and even ask some fans about their experience watching testing in future shows.

The positive thing is that it worked. The drivers were happy to be interviewed, the mood was upbeat, and the content was satisfying for the TV viewers. All in all, this is a great "TV start" to the new season. Like I said, just what the doctor ordered.

The Daly Planet welcomes comments from readers. Simply click on the COMMENTS button below and follow the easy instructions. There is nothing to join and we do not want your email address. Thanks for stopping by.
Posted by Daly Planet Editor at 8:04 PM 24 comments:

This show again featured Larry McReynolds with insightful commentary, a tech tip, and an interview of Dario Franchitti. Adam Alexander talked with a very humble and polite Dale Earnhardt Jr. about his plans, and John Roberts again hosted the program.

The show also contained a lot of good "soundbites" from drivers and crew chiefs about the new COT issues at Daytona, and also news and notes about the teams themselves.

SPEED continues with its almost daily coverage, with program start times changed to 6:30PM for the next couple of shows to deal with the Barrett-Jackson Auction.

Thanks again for stopping by and leaving us your opinion about SPEED at Daytona.
Posted by Daly Planet Editor at 12:30 AM 13 comments: