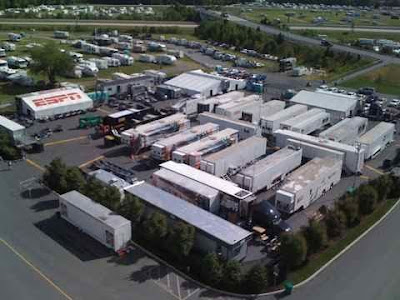 The ESPN/ABC NASCAR TV team is on a roll. This weekend, Dale Jarrett returns while Rusty Wallace and Dr. Jerry Punch have the weekend off.

It will be 2PM ET when Allen Bestwick brings ABC on-air with the NASCAR Countdown pre-race show. Jarrett and Brad Daugherty will join Bestwick. The pre-race show this week is thirty minutes long.

Jarrett moves up to the TV booth and joins Marty Reid and Andy Petree for the call of the race. Reid has been having fun this season and his style had allowed Jarrett and Petree to come alive. Dover is a grind and it will be a good test of this trio. These are the three guys ESPN has picked to take the Sprint Cup Series through the final seventeen races of the season, including the Chase for the Championship.

On pit road are Vince Welch, Jamie Little and Dave Burns. Shannon Spake is off and super-sub Mike Massaro is back in Bristol, CT to host the Sunday NASCAR Now program. The Dover pits are one of the loudest on the circuit and it should be a challenge for those three to keep the field updated in terms of pit strategy.

ESPN has really turned a corner in terms of announcing. The remaining challenge is the camera selections while the race is under green. In-car cameras and tight shots remain the temptation for the director. It is vitally important at Dover to keep the turns in the camera shots even as the leaders run down the straights. As veteran TDP fans remember, Dover has bridge obstructions that the TV director must cut around on every single lap.

ABC has scheduled the broadcast to run until 5PM ET with an hour of additional sports programming behind the event. There should be no problem in terms of scheduling. As in the past, the Seattle, WA local ABC station is not carrying the pre-race show. Instead, a four-year old episode of Hannah Montana is on the air. This has been an issue on Saturday races for four seasons now in Seattle.

This post will serve to host your comments about the ABC coverage of the Nationwide Series race from Dover, DE. To add your TV-related opinion, just click on the comments button below. This is a family-friendly website, please keep that in mind when posting. Thanks for taking the time to stop by The Daly Planet.
Posted by Daly Planet Editor at 1:20 PM 78 comments: