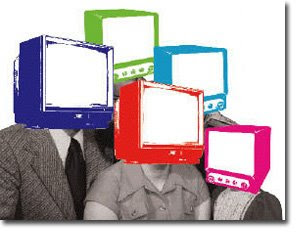 It had the shortest laps, the most excitement and was live in East Coast prime-time. It featured the top stars in the sport and came when the scramble for Chase spots was in full-swing. ESPN had all their TV stars on-hand and covered the racing action from start-to-finish. In the end, that wasn't enough.

National TV ratings for Saturday night's Sprint Cup Series race from Bristol were down. The numbers show viewership fell from 5.7 million to just under 5 million homes. A 3.5 rating this year as opposed to a 4.1 last season.

Numbers aside, the final night of Olympic event coverage certainly played a role in these results. So did the growing availability of alternatives to the ESPN coverage. DirecTV's Hot Pass, NASCAR.com's Sprint Race View and live radio coverage all use other pathways to deliver the same racing content that ESPN is producing.

The transition of Bristol from a gladiator-style crash-fest into a two-groove racetrack had to play a role as well. Even though ESPN promoted the race as a "slugfest" and "full contact NASCAR action," nothing could be further from the truth. Accidents happened because of spotter error, blown tires and the limited visibility in the new COT.

After watching the racing action for so many years from this tiny oval, it seems ironic that one or two bumps at the end among the leaders would cause such a stir. ESPN has a tough challenge on its hands to try and bump-up the ratings, but at least they are secure in the knowledge that this will be the final Fontana race in the heat of the summer on a Labor Day weekend.

The Daly Planet welcomes comments from readers. Just click on the COMMENTS button below and follow the easy instructions. The rules for posting are located on the right side of the main page. Thank you for taking the time to stop by.
Posted by Daly Planet Editor at 1:51 PM 38 comments:

TV Bumping Gets Probation For Busch And Edwards 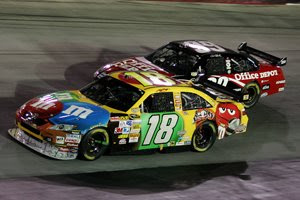 On Wednesday NASCAR did what many veteran observers predicted. That would be nothing.

Following the post-race festivities between Kyle Busch and Carl Edwards, NASCAR placed both drivers on probation for the next six races. There are no fines involved or any kind of point penalties.

This is NASCAR's way of saying "don't do that again" but we understand that things sometimes happen after a race. At the beginning of the season, Brian France emphasized that the sanctioning body was going to be more lenient of drivers who expressed themselves in public.

The "TV bump" of these two was the best gift California Speedway could get for its final race in the heat of the summer. Although ESPN will once again not be involved in practice or qualifying coverage, you can be assured that "the bump" will have a life of its own in promos and on NASCAR Now as the California race approaches.

ESPN will be on-the-air at 7PM Eastern Time on Sunday with the one hour NASCAR Countdown pre-race show and then race coverage. This is the final race on ESPN before coverage changes to the ABC Broadcast Network in Richmond.

The Daly Planet welcomes comments from readers. Just click on the COMMENTS button below and follow the easy instructions. The rules for posting are located on the right side of the main page. Thanks again for stopping by.
Posted by Daly Planet Editor at 1:20 PM 12 comments: