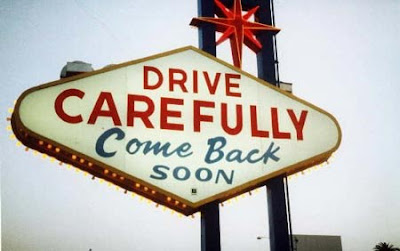 Las Vegas Motor Speedway just announced the Chasers for Charity Fanfest to be held Dec. 2, which is the beginning of Championship Week. As you may know, TDP has been pushing for some information on events in the area open to the public and those that may involve NASCAR TV.

Up until this point, the LVMS website did not even mention Championship Week. Here is some more official information:

The event will include a free-admission fan event throughout the afternoon as well as a charity roast of the 2009 NASCAR Sprint Cup Series champion. The fanfest will serve as the kickoff for NASCAR's inaugural Champion's Week in Las Vegas.

"One of the key elements to bringing NASCAR Champion's Week to Las Vegas was creating an event for race fans," said LVMS president Chris Powell. "This event will bring the drivers and the fans closer together and raise money for charity in the process. We're very appreciative of NASCAR's efforts to make this a special fan event that we hope becomes a tradition during Champion's Week."

The charity portion of the event will begin with a procession of the Chase drivers and the champion through the Neon Garage. A reception in the speedway media center will follow the procession, with credentialed fans having an opportunity to mingle with the drivers.

The event will culminate with the roast in the Blackjack Club. Admission to the reception and roast is $250 per person and will be limited to the first 300 people due to space limitations. Proceeds from the event will benefit Speedway Children's Charities.

The fanfest will allow fans free admission to the Neon Garage beginning at 11 a.m. on Wednesday, Dec. 2. Live entertainment and car displays will entertain race fans for the early part of the event. At approximately 2 p.m., the Chase for the Sprint Cup drivers and the 2009 NASCAR Sprint Cup Series champion will arrive and walk a red carpet through the Neon Garage. The roast will be shown via closed-circuit television throughout the Neon Garage.

Well, this is interesting. No information has been produced by NASCAR to encourage fans to travel to Las Vegas for some fun during Championship Week. Now, Powell is saying one purpose of moving to that city was for the fans to attend events like this one.

It seems that NASCAR Now will be over for the season by December 2, so that leaves Race Hub on SPEED as the only possible show that may originate from Vegas during that week. Right now, SPEED has not yet advised if Race Hub will end after Homestead or continue through the off-season. None of the NASCAR TV networks have said they will be holding any kind of organized activities or functions for the fans.

Not quite sure who is in charge of this event, but fans of the Chase drivers need to know if a Vegas vacation is going to be worthwhile or if the LVMS event is a "locals only" affair. This is our third column on this topic and reaction so far has been this one press release from LVMS. Luckily, a fan emailed it to us.

What is your take on this Championship Week topic? Is this something that NASCAR should have organized long ago and let fans prepare? Or is the week for teams, driver and sponsors while the fans should just stay home?

To add your opinion on this topic, just click the comments button below. This is a family-friendly website, please keep that in mind when posting. The complete NASCAR TV schedule is located on the right side of the TDP mainpage just under our Twitter comments. Thanks again for taking the time to stop by.
Posted by Daly Planet Editor at 9:00 PM 23 comments:

Much More Than "Shalom And Amen" 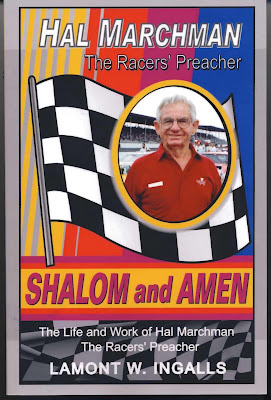 Something that first attracted me to NASCAR were the personalities involved in the sport. In the beginning, I was drawn to drivers like Richard Petty, David Pearson and Cale Yarborough. Eventually, my circle of interest widened to the colorful cast of characters in the sport who never took the wheel.

One of these characters became the subject of a well-researched book that has recently been published. Here is a brief description of the book that chronicles one of the most interesting men in NASCAR to never turn a lap:

Shalom and Amen is the life story of Reverend Hal Marchman (1919 - 2009). He was a Baptist minister who for over 40 years was widely known as the chaplain of NASCAR. His ministry included the Daytona International Speedway, but extended far beyond the oval.

It was 1959 when Marchman's friend and NASCAR founder Bill France Sr. asked him to deliver the invocation before the Daytona 500. While Marchman stayed in that role until 2005, there is much more to his legacy away from the track.

Marchman established church programs and community treatment centers for alcoholics and drug addicts. As a self-described "drunk in recovery" he "walked the talk" for nearly six decades. His ongoing healing legacy is represented in the Stewart-Marchman Treatment Centers in the Daytona Beach area. For over 35 years, the Stewart-Marchman programs and Marchman's direct counsel have helped thousands of alcoholics and addicts to recover a "clean and sober" life.

I recently communicated with Lamont W. Ingalls, the author of the book. It was quickly apparent how deeply affected he had been by working directly with Marchman prior to his recent passing. Here are some words from Ingalls for TDP readers:

I was blessed to spend many hours following Hal on his rounds through AA meetings, NASCAR tracks and the healing centers of Daytona Beach. I interviewed both Hal and his wife Mary over the course of 18 months at their apartment and have many pages of transcripts with this remarkable couple.

I also interviewed all of his family members, NASCAR personalities (including the late Bill France Jr.) and many other people who were helped by Hal in a personal crisis, including their struggles with sobriety.

In addition to the interviews, I visited Hal's home communities of Veazey and Greensboro, Georgia and was given an extensive tour of "Hal sites" by his youngest brother, Ray.

Hal truly had a unique spirit, and being able to work closely with him on his biography was a great gift to this writer.

While the focus of the media over the last several years has become the drivers, the depth of the personalities involved all over the sport is amazing. Marchman is just one in a long line of men who were involved with NASCAR before the big money, national exposure and the TV limelight.

The Marchman story is the kind of content that would lend itself to a TV movie or an episode of a historic NASCAR TV program. Marchman is also the kind of special character who somehow deserves recognition when this year's Sprint Cup Series banquet rolls around.

Since his passing, there have been a diverse group of representatives from many religions who have been asked to deliver the traditional invocation. While each of them has performed the task, few have the racing legacy and NASCAR connections of the late Rev. Marchman.

For many of us, it just wasn't the Daytona 500 and the start of the season without Marchman's now famous all-inclusive words of "Shalom and Amen."

The book is available online through vendors like Amazon or Barnes and Noble. It's a paperback so it will not put a hole in your wallet. It's just a good opportunity to read about someone who spent his life helping others and happened to have a big impact on the NASCAR community and many fans along the way.

Thanks for letting me deviate from our normal TV and electronic media topics. TDP will return to the TV beat tomorrow with updates on ESPN's split weekend, SPEED's return to the trucks and the struggles of NASCAR Race Hub.

If you would like to offer a comment or recollection of Rev. Marchman, please feel free to do so. Just click the comments button below. This is a family-friendly website, please keep that in mind when posting. Thank you.
Posted by Daly Planet Editor at 12:02 AM 14 comments: