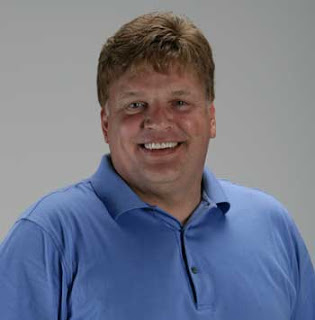 The Wednesday edition of SPEED's Preseason Thunder served as the program to return the combo of Jimmy Spencer, Kenny Wallace and John Roberts to the airwaves for 2009.

Love them or hate them, "Johnny TV, Mr. Excitement and the Herminator" play to packed houses every racing weekend across the nation. The two-hour RaceDay franchise continues to be the defining program for the presentation of NASCAR on SPEED.

This was the first time in the new SPEED studios for Spencer and Wallace, who are not used to being contained in a studio setting. Their segment started with a typically lame RaceDay skit about Wallace being late to the taping. This might have worked in the two hour RaceDay format, but it wasted valuable time in this short thirty minute show.

"They didn't have nothing in the last ten races," said Spencer talking about Gibbs Racing. His notion is that JGR will be the story of the new season after their spectacular collapse in The Chase in 2008. Spencer in the studio is certainly a sight to see, but in all fairness he was not given enough time to address the various NASCAR topics in the news.

Wallace had a bit of a struggle putting his thoughts into words and often spoke in phrases. He praised Chad Knaus while suggesting Jimmie Johnson may repeat as champion because Knaus keeps a tight leash on the crew and maintains an "edgy" atmosphere.

SPEED cut even more time out of the duo's appearance by publicizing the ticket contest for the Daytona 500 where fans pick either Spencer or Wallace to sit with. In the current economic climate, it should be interesting to see how this "superstretch" promotion works out.

It was Bob Dillner who started the show with a report on Mark Martin's new situation with Hendrick Motorsports. Martin is not the best interview and repeated what fans have heard from him for many years. Dillner did update the other NASCAR news and has been a solid part of the show this week as the lone reporter.

Greg Biffle had the next segment alone with Roberts and it really could have used the spice of Spencer and Wallace. Biffle answered all the politically correct questions and plugged several of his personal charity promotions, but that is not the environment in which Roberts thrives.

Ray Dunlap will be the reporter on Thursday and fans will hear the first real TV update on the health of the Camping World Truck Series heading into Daytona. Roberts will also return to host the program. Since SPEED is the TV network of the truck series, lots of eyes will be on exactly what Dunlap has to say.

The Daly Planet welcomes comments from readers. Just click on the COMMENTS button below and follow the easy instructions. The rules for posting are located on the right side of the main page. Thank you for taking the time to stop by.
Posted by Daly Planet Editor at 7:00 PM 26 comments: