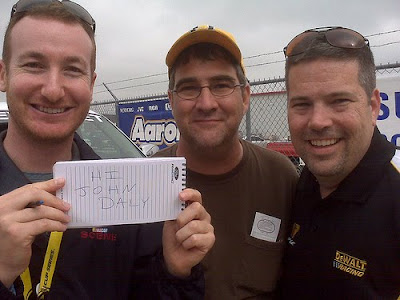 We are just going to start a post where readers can offer the info they may have about the termination of veteran NASCAR reporters and journalists today in Charlotte.

Steve Waid, Mike Hembree and Jeff Gluck are among those losing their jobs today. Mike Mulhern suggests on his website that Scene Daily might be closing down permanently.

Here are the Twitter messages from those as it happened:

Jeff Gluck (10AM): Unfortunately, NASCAR Scene and SceneDaily.com were hit by huge cutbacks today and I was one of them. Kind of stunned at the moment.

This move was unexpected, but we all know the current economic struggles in today's business environment. I will be adding news to this post as it comes in.

Please feel free to add your comments on this topic below by clicking on the comment section.
Posted by Daly Planet Editor at 5:13 PM 71 comments:

Internet Radio Creeps Up On NASCAR And Sirius 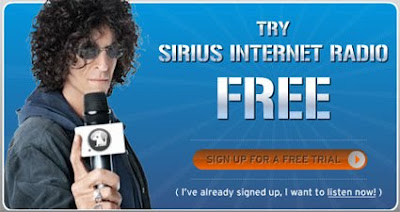 The recent TDP columns on the struggles of NASCAR fans to get Sirius Channel 128 online drew some great responses. Several emails were from new providers of NASCAR radio shows being transmitted via the Internet.

As you may remember, the issue revolved around the fact that serving the NASCAR fans who want to stream Sirius Channel 128 online still has not been addressed. Sirius already streams many channels online, but NASCAR content is prohibited under a contract that gives those rights to our friends at Turner Sports.

NASCAR.com has never offered any online radio shows during the weekdays and Turner has been focused on projects like RaceBuddy and Trackpass. What fans are asking is simply to be able to pay a small fee to listen to the Sirius NASCAR weekday shows on a computer or cell phone.

Since we have been met with a wall of silence on this issue, it might be time for another wake-up call. Internet radio is basically free. There are no expensive rights to buy and no special equipment to purchase. iRadio can be heard on desktops, laptops and cell phones with ease.

The failure of The NASCAR Media Group, Turner Interactive and Sirius to hammer out a deal on this issue is giving some folks a golden opportunity to step in and seize the day. Sirius might have the rights to the races, but they certainly do not have a corner on NASCAR content or interviews.

There are already several high-profile independent NASCAR-themed radio programs running on the Internet. Ultimately, it's just a matter of time until this content is gathered in one place and offered to fans in a more cohesive manner. With the current availability of many former NASCAR media members now working on a freelance basis, the talent pool for this type of venture is high.

The ultimate value of the Sirius NASCAR channel is the content, with the vast majority of it coming during the weekdays. The downfall is the distribution system which relies on satellite antenna access to function at all times. Many fans told us of sitting in their cars in the driveway listening to Sirius because the receiver came with the vehicle. If only they could get the same signal on their home computer.

People only fight over money if they have a reason to do so. Should NASCAR's Internet radio providers get organized, they may provide a real alternative to the Sirius 128 weekday line-up with many of the same guests, interviews and interactive fan conversations.

Time for some senior management types to review this issue before Daytona. By then, many of us may be listening to coverage provided by an entirely new set of NASCAR radio announcers. No monthly fee, no clumsy receiver and a world of new possibilities.

For your reference on this topic. Click the title to read the column:

We welcome your comments on this topic. To add your opinion, just click on the comments button below. This is a family-friendly website, please keep that in mind when posting. Thanks for taking the time to stop by The Daly Planet.
Posted by Daly Planet Editor at 7:00 AM 17 comments: