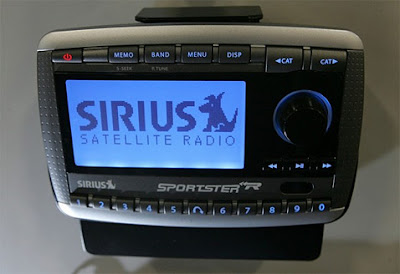 NASCAR recently agreed to a five year contract extension with SiriusXM Satellite Radio. The sanctioning body is just one of a host of "content providers" that supply the service with programming for the various channels.

This most recent agreement also allowed SiriusXM NASCAR content to be streamed online. This had been a frustration of fans for many years. The move was a part of NASCAR's broader digital agenda to reclaim and control the rights to its own content.

"A dedicated NASCAR channel is important for our teams, tracks, drivers and sponsors and is crucial for fan engagement and audience growth," NASCAR Chairman Brian France said in a March 2012 media release. "Being able to simulcast SiriusXM NASCAR Radio online to subscribers nationwide will allow us additional opportunities to take our product to new fans in new places."

While SiriusXM has a strong history of diverse content, the company also has a growing reputation in another area. That area is consumer fraud. Over the years, many NASCAR fans have emailed about illegal billing practices, deceptive phone calls and poor customer service.

A working group of Attorneys General from 28 states began investigating SiriusXM for deceptive billing and customer solicitation policies back in 2010. The majority of the consumer complaints had a theme. They involved unauthorized credit and debit card charges.

The SiriusXM business is driven by the subscription revenue of users. Advertising revenue plays a minor role in this "pay radio" business model. The current investigation focuses on what is called "billing continuous subscriptions." This practice has reportedly raked in millions of dollars for SiriusXM from people who find themselves unable to stop the billing cycle.

Let's start at the beginning. Folks who sign-up for a trial offer with SiriusXM are asked to provide credit card information, even if the trial is free. The reason is that at the conclusion of the trial period SiriusXM automatically turns the trial into a full subscription and begins to auto-charge the user. There is no notification.

Existing subscribers who have already provided credit or debit card information are confronted with a well-rehearsed scenario when they try to cancel the service at the expiration of an annual contract. Either electronically or via telephone, they are assured that the subscription has ended. Then, a new charge appears on their credit card and the scam begins.

The Internet is littered with posts about the financial nightmares caused by the fraudulent behavior of SiriusXM. The scenarios are endless. Common citizens who trusted a company with a service now find themselves trapped in a world where dollars are being removed from their bank accounts without permission and for services confirmed as terminated.

Click here to take a peek at the Pissed Consumer website. The Sirius XM content is extensive and revolves around the same theme of fooling the consumer or failing to stop billing after confirmation of terminated service. It's just one of many online resources that address this issue.

The newest twist in this saga has raised eyebrows once again with online billing at the heart of the issue. Frustrated consumers who simply cannot stop the SiriusXM charges to their credit or debit cards usually cancel the card and have the bank send a new one. It might cause some work to change other accounts and billing, but this move should stop unauthorized charges since the old card is now cancelled. Well, think again.

Click here to read one of the many posts online about SiriusXM continuing to process payments on a cancelled credit card if the financial institution allows the transaction. In the world of online banking, this is a new risk that is very real.

The tips to deal with SiriusXM are basic. Before entering into any agreement, no matter how temporary, review the entire user agreement. The auto-review is buried in the paperwork and gives SiriusXM an out on most billing issues. Just like the extended auto warranty companies, SiriusXM walks the fine line between what a customer is being told on the phone and what is the legal bottom line in the agreement.

Do not disclose your credit card information to SiriusXM. Pay in full for any agreement with another form of payment. Credit and debit card deductions made from your bank account are immediate and the vast majority of consumer complaints revolve around money that has already been transferred. The possibility that you are going to recover funds is small.

Finally, document the services for which you have contracted. SiriusXM has a variety of options in terms of access to content and also how that content is delivered. Failure to specifically understand the satellite and online delivery agreements may bring additional charges.

After years of pushing hard to get the SiriusXM NASCAR channel available online, this positive change seems bittersweet when the company's solicitation and billing philosophy is based around what are essentially unfair business practices. A simple change in corporate culture could solve these problems and rid the company of this unfortunate stigma.

Happy to have your thoughts on this topic or experiences you have had with SiriusXM. Comments may be moderated prior to posting.
Posted by Daly Planet Editor at 5:00 AM 26 comments: