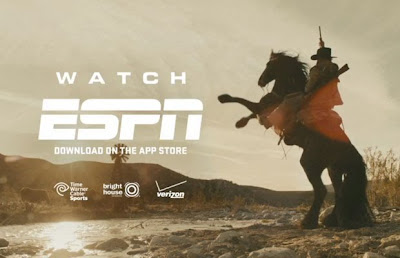 It's going to be Sunday, July 31 that marks a major milestone for NASCAR's Sprint Cup Series. That is the day ESPN will produce the Brickyard 400 for the fifth time from the Indianapolis Motor Speedway. While there may be some hot tempers on the track, the real action is going to be behind the scenes.

Just ten years ago, sanctioning bodies like NASCAR sold the different rights to events like a pie. The television, radio and Internet rights were the big pieces. TV was then divided into domestic and international slices. Radio was split into terrestrial and satellite. Internet rights were one big piece that combined both audio and video slices.

Needless to say, back in 2006 when the current NASCAR TV deal was done the sport was in high gear. ESPN, TNT and FOX lined-up to pay top dollar for Sprint Cup Series TV rights. Turner Sports, the company already operating the NASCAR.com website, was awarded the Internet rights.

Since that time, the rapidly changing online technology that many of us use every day has left NASCAR in the dust. To protect the value of the Sprint Cup Series TV rights, the existing contract says Turner cannot stream races at NASCAR.com unless the TV network producing the event does it first.

Years ago this seemed to be a simple concept. To watch the races, find a TV set. FOX and ESPN had no interest in putting any Sprint Cup Series races online. Well, that was then and this is now.

WatchESPN (click here to view website) is only one of the emerging technologies that the Disney-owned company has unveiled to push the legal envelope of rights agreements like the current NASCAR TV contract.

ESPN's new concept is that any person who pays a cable TV provider to watch ESPN should be able to do it on any device anytime. WatchESPN is an app that allows live viewing of the entire network on an iPad, iPod Touch or iPhone. As you might expect with ESPN, there is a much larger agenda at work here.

ESPNNetworks.com (click here for website) is the big daddy. A simple authorization code from your Time Warner, Bright House or Verizon FiOS provider allows online viewing of ESPN on any type of computer. The theory is that you watch it at home, but the reality is that ESPN is simply trying to expand its brand.

Needless to say, Turner has been frustrated for years in terms of online NASCAR offerings. It used to be that the Internet was dark during ESPN's coverage of the final seventeen Sprint Cup Series races of the season. Well, it's not dark anymore.

When the first moments of ESPN's Brickyard 400 coverage is streamed online by the various ESPN apps and websites, the red light at Turner's Atlanta headquarters that has been lit for five years will turn green. Once ESPN is online with Sprint Cup Series content, Turner's Internet rights activate and it's off to the races, literally.

As you might expect, the Turner folks are playing it low-key as July approaches. "We continue to talk to both NASCAR and ESPN about making more NASCAR content available to fans across all digital platforms," said Turner Sports spokesman Jeff Pomeroy. "Not only mobile, but broadband as well."

It's not all smiles in Atlanta, because to make the races available online Turner needs a little help. That help is access to the ESPN production of the event. It's ESPN paying the bills to produce the telecasts. Turner's level of access and integration is yet to be determined.

Since many fans chat online, adding a social media presence would bring the fans from Twitter and Facebook. It's easy to see that packaging a Sprint Cup Series race into a full online presentation could result in an attractive product.

Over the next three months, we will track the progress of Turner, ESPN and NASCAR as the Brickyard 400 approaches. It will be interesting to watch these three parties sort-out the particulars of this tangled web of technology and contracts. One thing is for sure, one way or another the Sprint Cup Series will soon be coming to an online device near you.