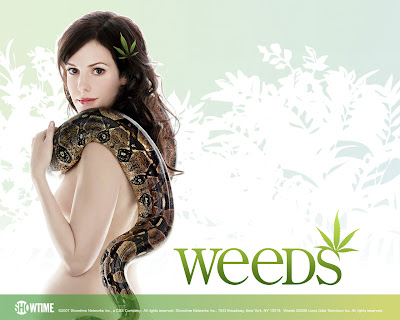 This weekend's topic is very interesting. The buzz has been building since it was announced several weeks ago that NASCAR will have a new national TV series on the air in 2010. Inside NASCAR will run for 38 weeks and feature highlights and analysis of every Sprint Cup Series race.

Click here for the story from Richard Sandomir of the New York Times about this new project.

Recently, the NASCAR Media Group (NMG) began the move into its new high-tech studios and offices located in downtown Charlotte, NC. This group is the official TV production arm of NASCAR and produces the weekly shows from the SPEED Stage and also Monday night's This Week in NASCAR series.

The downside is that NMG has no direct network connection. While the TV networks covering the racing might have to rent equipment and crews from NMG, they bring in their own producers, directors and announcers to cover the events. NMG is there to record footage for NASCAR history, but does not get to produce it as it happens.

A key goal of NMG is to try and develop new and original long-form programming to support NASCAR and also make some money. Why not? Other professional sports like the NFL, PGA Tour, and Major League Baseball have similar organizations.

Over the years, SPEED has been the major player where NMG programs have been concerned. Then, a change of direction left NASCAR out in the cold during the weekdays while SPEED headed for what it called "lifestyle" programming. Unfortunately, during that time NMG was unable to find a new TV dance partner.

Despite the deep racing connections with TNT, there are no NASCAR TV series on any of the Turner networks. Meanwhile, ESPN is struggling with two main cable channels that are already overloaded with existing programming. No help there. Other than SPEED, the only other Fox cable channel is FX, which moved away from sports programming years ago.

This puts NMG in a tough spot. Trying to sell NASCAR TV programs to networks that don't carry the actual races has proven to be a tall task. Even with the wide variety of cable networks interested in sports, the choices are limited. This situation has apparently resulted in one of NMG's most interesting decisions.

Showtime is a premium cable TV network known for adult-themed programming. Series titles like Californication, Dexter, The Tudors and The Secret Diary of a Call Girl are well known to channel viewers. The network even has a program called Live Nudity that features burlesque acts and audience participation. Click here to review the network's official website.

Into this well-defined entertainment channel strolls NASCAR, lured by two simple facts. One, Showtime is currently airing Inside the NFL that was revived after being cancelled by HBO. Two, Showtime has the money to pay for series production. NMG can point to the fact that the channel already has existing sports programming and that this is a money-maker for the company.

NASCAR is a sport that prides itself on image. Sponsors, drivers and owners live in a squeaky clean world. Christian values are openly discussed and there is an invocation before each race. Families are featured on the telecasts as wives and children stand with the drivers before the event. NASCAR's idea of "the show" is very different from Showtime's version.

NMG also indicated that existing TV network announcers will be the hosts and analysts for this series. It should be very interesting to see who steps up to that challenge from the ranks of TNT, Fox, SPEED and ESPN. Again, perception is the issue where NASCAR TV is concerned.

Showtime is small. Only 13 million homes in the US, compared to over 80 million for networks like ESPN2, SpikeTV and SPEED. With perhaps only a small percentage of the adults who subscribe to Showtime interested in sports, that may make the actual audience for this series less than desirable. Showtime viewers may have other priorities.

So, here we go. NASCAR is in a multi-year deal with a subscription cable channel for a full-scale racing highlights and analysis series. Top announcers will be featured with the show produced right in the new NASCAR headquarters in Charlotte.

Will you subscribe to Showtime to see this program? Do you feel this move best serves the fan base? Other shows have highlights. Does this Wednesday show have any real meaning? Does the adult programming on Showtime affect your decision to subscribe?

We would appreciate your feedback on this topic. To add your comment, just click on the comments button below. Check back as our discussion will last through Monday morning on this topic. This is a family-friendly website, please keep that in mind when posting. Thanks for taking the time to stop by TDP.
Posted by Daly Planet Editor at 1:00 AM 60 comments: