Some NASCAR Series Still Get No TV Coverage 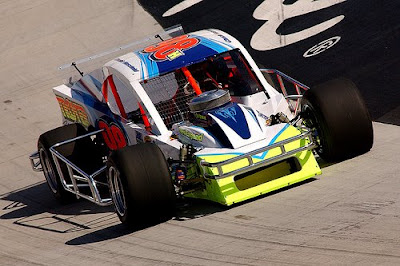 During a week where NASCAR needed as much positive energy as possible hopes were running high that in this third season of ESPN2's NASCAR Now there might be some changes. Unfortunately, there were not.

This past weekend, the Whelen Modifieds opened their 25th season of racing at Thompson Speedway in Connecticut. Called The Icebreaker 150, this race would be a good barometer of the situation with regional racing in the northeast. The results were good. 35 teams and 5 thousand fans turned-up to watch open wheel competition.

Also last weekend, the Southern Mods were racing at South Boston, VA and the Camping World West Series showed-off before a sell-out crowd in Southern California. NASCAR veteran Steve Park will lead the Camping World East racers into their season opening this race next weekend at Greenville Pickens Speedway.

NASCAR Now is in the third season of providing coverage of the sport six days a week with solid results. This series has established itself with a great Monday hour, good preview shows Thursday and Friday and an outstanding pre-race show on Sunday morning.

Since there are sometimes news stories still unfolding from the weekend, Tuesday's show often has a strong lead and some good follow-up interviews. The glaring weakness in the line-up is on Wednesdays. This is the open day between reviewing and previewing races and Wednesday often has little NASCAR news.

Over the past two seasons, NASCAR Now has tried to fill this day with all kinds of different content. On this Wednesday, host Nicole Manske teamed with reporter Mike Massaro and ESPN.com's Ryan McGee to rehash the Sprint Cup and Nationwide Series news of the week. Wednesdays have lots of hash.

Aric Almirola checked-in to repeat the story that his Sprint Cup team had suspended operations due to lack of sponsorship. AJ Allmendinger was on the show to say his season has been extended because of some additional sponsorship. Up next it was Justin Allgaier who previewed the ESPN2 Nationwide Series race on Saturday. Finally, Massaro interviewed Steve Letarte from the rainy tire test in New Hampshire to ask him even more questions about Jeff Gordon's season.

Amid all of this there was a missed opportunity. Wednesday is crying out for a feature on the regional NASCAR racing action. Even two or three minutes to recap what the Camping World and Whelen Series teams are doing and where they are racing.

In terms of video, click here for the link to The Hartford Courant's video highlights of the Thompson race and post-race interviews. Click here to get a feel for the show that the Camping World West Series put on in California.

NASCAR Now's airtime is valuable to the TV network itself, the advertisers and NASCAR. ESPN2 has been put in a position of representing the sport as a whole. That is the entire idea of a daily show.

Now into the third season of producing this TV series, the time is right for some attention to be paid to the teams and drivers who campaign regionally in the sport with the same dedication and enthusiasm as the "big guys."

Wednesday was a perfect opportunity to do just that. What a shame for the drivers, teams and fans that enjoy these series. Maybe with a little television exposure, more potential fans will pick-up and attend a regional race. What a concept.

Thank you for taking the time to stop by The Daly Planet.
Posted by Daly Planet Editor at 5:00 AM 38 comments: