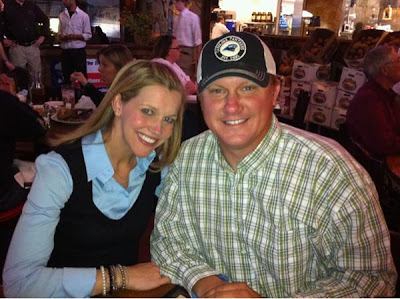 This is the time of the season when SPEED is in all its glory. ESPN's entire on-track TV contribution from the Bristol Motor Speedway consists of the Nationwide Series telecast on Saturday afternoon. SPEED dominates the weekend and begins in a big way on Friday.

SPEED has a flexible little show called NASCAR Live that has been working well for years. John Roberts and Randy Pemberton anchor the early edition at 11:30AM with Hermie Sadler and Bob Dillner as reporters. This show does a great job setting up the day for fans with stories, news items and previews.

When the big boys hit the track at noon, the big boys come out in the TV booth as well. Mike Joy, Darrell Waltrip and Larry McReynolds call the first Sprint Cup Series practice session. Dick Berggren and Matt Yocum are the reporters.

It's an interesting little study in contrast when Steve Byrnes, Kyle Petty and Jeff Hammond come along next at 1:30PM with Nationwide Series practice. This trio has been clicking in the TV booth and is fun to watch. Dillner returns with Wendy Venturini as the reporters.

Qualifying at BMS is always interesting. Joy, Waltrip and McReynolds return at 3:30PM to cover the Cup session. Yocum and Krista Voda are reporting. This should be a good time for interviews with track position meaning so much even in the new configuration.

The final session of the day is at 5PM and is Nationwide Series practice. Byrnes, Petty and Hammond return with Voda and Hermie Sadler reporting. There are some good stories in the Nationwide Series and once again SPEED will essentially be working hard to set them up for ESPN to deliver on Saturday.

One of the most frequent questions asked during the season is why the Nationwide Series races do not switch from ESPN to SPEED once the college football season begins. TV does not work that way but Byrnes, Petty and Hammond certainly show that SPEED could handle those events if and when the offer came along.

Nicole Briscoe pops-in on ESPN2 at 6PM with NASCAR Now. Mike Massaro and Dr. Jerry Punch are going to be handling the on-site reporting duties for this show from BMS. Basically, ESPN will be updating what SPEED has been showing.

Steve Byrnes has returned to Trackside on SPEED during this FOX portion of the season and he hosts the program at 7PM. Waltrip and Hammond are alongside Byrnes. SPEED moved McReynolds off the series this year and that is a shame. He prepared well and asked good questions but apparently SPEED felt there were just too many voices on the program. Marcos Ambrose and Kurt Busch will be the guests.

As we all know, the biggest drawback to this Friday coverage is that so many more people could access it if the content was streamed online. There would be a lot of iPads, laptops and cell phones with the SPEED coverage on live. Hopefully, this is a goal for NASCAR as we have seen SPEED increasing the content being made available over the Internet.

This post will serve to host your comments on the Friday coverage on SPEED from the Bristol Motor Speedway. To add your TV-related comment, just click on the comments button below. This is a family-friendly website, please keep that in mind when posting. Thanks for taking the time to stop by The Daly Planet.