Another NASCAR TV transition is complete as TNT ends its summer series for 2012. Currently, the network has two more full seasons on the existing TV contract with NASCAR.

Adam Alexander hosted another pre-race show that was packed with information and features. The "Countdown to Green" has been solid this season. It seems this forum works best for Alexander in a host role. This week, Greg Biffle was the special guest on the infield set.

Kyle Petty and Larry McReynolds were on the pre-race panel. These two work well together in conversation but struggle to cooperate while standing at the TORC car and trying to speak about issues while pointing at car parts.

Pit road reporter Marty Snider was out ill, so TNT went with a three-man pit road team. Ralph Sheheen, Matt Yocum and Chris Neville did the job with no problems. The pit road reporters have been the foundation of this coverage.

In the TV booth, Alexander again led casual and non-excited conversation about the race right up to the end. This is the style TNT chose and they stayed with it for all six races. It leaves a lot of information on the table while the booth talent is joking and talking about the race in general.

The coverage was basic. Tight shots of cars were mixed with in-cars and focus shifted from driver to driver. Beautiful aerial shots were only used as transitions out of commercial. Even in boring racing, the director chose to stick with the identical style of coverage lap after lap. It was tough to watch.

Commercials once again were an issue as TNT does not use the side by side format. Several minutes of racing were followed by several minutes of commercials. This forced fans to use the live PRN radio coverage and the online RaceBuddy to keep some sort of live racing going during the TV commercials. Normally, these commercials cover about one-third of the total race.

This post is to ask you about how you enjoyed the coverage of this race and the TNT season as a whole? Your comments may be moderated prior to posting. Thank you for stopping by.
Posted by Daly Planet Editor at 11:30 PM 57 comments: 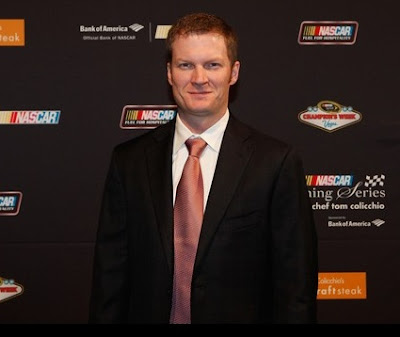 Ralph Dale Earnhardt Jr. is all grown up. At 37, he is a veteran of the NASCAR game and has experienced the highs and lows of the life he has chosen. His Sprint Cup Series win in Michigan on Sunday brought him center stage in the sport once again. This time, he handled it with the cool professionalism of a man in control.

As impressive in post-race interviews as he was on the track, it's now easy to place him among the top contenders for the series championship. Many things have changed in the sport since he first came to the Sprint Cup Series. One of the most profound changes in dealing with the fan base is social media.

Earnhardt's Twitter account is @DaleJr. If memory serves me correctly, his sister reserved it for him should he decide to become active in the social media world. It was a good move on her part because the time for him to make that move is right now.

It's easy to see on TV the deep integration of Twitter into NASCAR. The past two weeks have also featured a heavily promoted special online page created and staffed by Twitter employees for NASCAR tweets during the races. There is currently no more efficient digital platform to get a message out to the NASCAR fan base than Twitter.

From 53 year old Mark Martin to 22 year old Austin Dillon, almost all professional NASCAR drivers have come to realize the power of social media and what a single Twitter account can accomplish. While top NASCAR stars like Jeff Gordon and Jimmie Johnson both have over 200 thousand followers, an international motorsports star like Rubens Barrichello has 1.7 million.

The early fears of Twitter as being unkind to major sports personalities have been put to rest. Smart use of social media just means that top American athletes provide information that helps with marketing, sales and ultimately the bottom line. Like most digital communication tools, the user controls the content.

Every time Brad Keselowski sends a tweet, he does so to 271 thousand people. Keselowski worked hard for those followers and continues to interact with fans, other personalities in the sport and media members. One tweet from Earnhardt would make its way to 132 thousand fans immediately. That is how many Twitter users are already following his empty account and just watching and waiting.

Twitter does not have to be personal. It can be used for marketing purposes, provide links to websites and offer pictures or videos in support of a company agenda. That is precisely the purpose that almost all of the NASCAR sponsors use the service to provide. The race tracks are there too, as are all the major teams including Hendrick Motorsports.

It took a little encouragement for some personalities to join Twitter. Perhaps, this might be the encouragement for Earnhardt. Simply by asking folks like Martin, Darrell Waltrip or Kevin Harvick about their experiences Earnhardt would find out just how much a simple app on a cell phone can accomplish. His sister and his Nationwide Series sponsors would also perhaps point out what it would mean to JR Motorsports.

Ultimately, the most powerful force in welcoming Earnhardt to Twitter would be the NASCAR fans. While all celebrities using social media have to learn how to screen out the haters, the success stories for NASCAR drivers and personalities where Twitter is concerned are plentiful.

Perhaps the best example of someone close to Earnhardt using Twitter successfully is crew chief Steve Letarte. His personality shines through and his Monday evening tweets suggested he was going to be giving away the hats worn in Victory Lane by his winning team but first he was off to his son's swim meet.

We invite your opinion on this topic. Comments may be moderated prior to posting. Thank you for taking the time to stop by The Daly Planet.
Posted by Daly Planet Editor at 9:30 PM 53 comments: 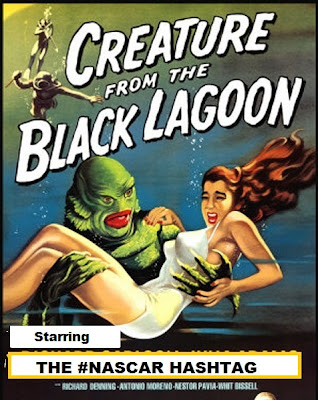 Happy to have your opinion on the #NASCAR hashtag project currently underway on Twitter.
Posted by Daly Planet Editor at 9:00 PM 17 comments: