Ryan And Ryan Put On A Good Show 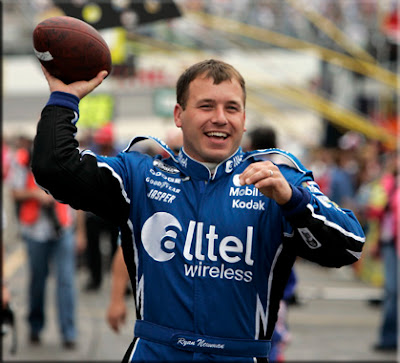 After all of the media events since Sunday evening, no one would have blamed Ryan Newman if he walked through his appearance on NASCAR Now looking like a tired NASCAR driver.

Instead, a happy and excited Newman greeted viewers alone at the top of the show. The normally laid-back Newman looked absolutely comfortable with the Tuesday host of NASCAR Now, Ryan Burr.

On the set, Burr and Newman walked viewers through the final two laps of the Daytona 500 with some exceptional and very frank comments from the champ. Newman explained exactly, and in his own way, how decision-making and teamwork led him to victory.

Burr has been working hard to turn himself into a racing host from an ESPNEWS anchor. This interaction with Newman on the set for the entire thirty minutes was fun. The old NASCAR Now was clearly gone. No hype, no sensationalism and no embarrassing questions were on the agenda.

Showing Newman the post-race "soundbites" from other drivers was a good touch, as was bringing in Ryan's father in a surprise telephone interview. The interaction between these two and the free-flowing conversation was great.

Reporter Terry Blount updated the news on Dale Earnhardt Jr. and his possible penalties from the Nationwide Series. He also updated the always interesting open-wheel merger and transitioned to discussing the former open-wheel stars now learning the NASCAR circuit.

Burr's preview of California next weekend with Newman brought-out the engineer in the driver, and reminded us all that he is a college educated professional driving a Sprint Cup Series car. We need to hear more from him in the future.

Burr closed-out a clean and informative show that never stepped over-the-line with Newman, and clearly allowed him to enjoy himself. The program ended with a very nice roll-out from the NASCAR Media Group that recapped the race and put the final spotlight right where it belonged. One last moment for this easy-going driver.

What a smart way to end another outstanding NASCAR Now. My, how times have changed.

The Daly Planet welcomes comments from readers. Simply click on the COMMENTS button below and follow the easy instructions. The rules for posting are on the right side of the main page. Thanks again for taking the time to stop by and leave your opinion of Tuesday's NASCAR Now on ESPN2.
Posted by Daly Planet Editor at 10:06 PM 13 comments: 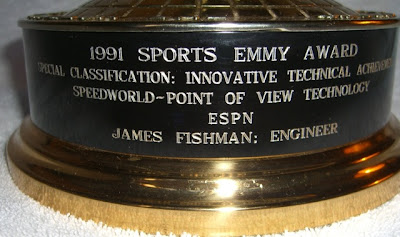 The Daly Planet welcomes comments from readers. Simply click on the COMMENTS button below and follow the easy instructions. Thanks again for taking the time to stop by.
Posted by Daly Planet Editor at 9:37 PM 22 comments: 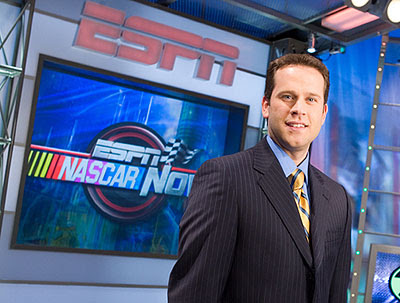 There has been lots of email about Ryan Newman's appearance on Tuesday's NASCAR Now hosted by Ryan Burr. The program will air at 6PM Eastern Time for thirty minutes and then re-air at Midnight.

Newman has been on the whirlwind media tour that comes with the Daytona 500 victory. NASCAR Now has been on a roll with perhaps the two best shows in that series history coming on Sunday and Monday night.

Now, the show transistions from Allen Bestwick back to the hosting tandem of Ryan Burr and Nicole Manske. This past weekend in Daytona, Manske held her own and even hosted a full one hour version of NASCAR Now Sunday morning.

Ryan Burr has worked hard since coming over from ESPNEWS to learn the NASCAR world. Now, he has an opportunity to get Newman two days after all the excitement of the win. The vast majority of the media appearances are over, and Newman should have a very interesting perspective on the last forty-eight hours.

There will be a full column up later Tuesday night about the program, but you will have an opportunity to add your comments before, during and after the program.

Since our friends at ESPN read this blog, you may have a question that you would like Ryan Burr to ask that addresses something not yet covered. There is certainly no harm in putting that forward. Newman has been asked just about everything under the sun by now, so maybe your suggestion would work for the NASCAR Now gang.

This new approach to this TV series by ESPN has certainly turned things around so far this season. Now, as the glow of Daytona begins to wear-off and the reality of ten months of travel and racing sink in, the challenge is to maintain this momentum.

We invite you to offer your opinion as this show goes forward. To add your comment or question, simply click on the COMMENTS button below and follow the easy instructions. Thanks again for stopping by to talk about Tuesday's NASCAR Now on ESPN2.
Posted by Daly Planet Editor at 7:06 AM 21 comments: