Tony Stewart vs. ESPN: It Could Be A Long TV Season 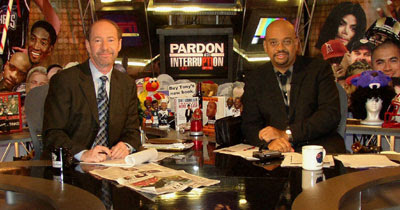 NOTE: The Daly Planet has received several emails about the specifics of this incident, and they are very different. If you have any information about this issue, or the video, please email us at editor@thedalyplanet.tv. Until the time where we receive the actual footage, or a complete description, we are deleting this story.

If you could help us with the specific ESPN show that this occurred on, or how this issue was raised, we certainly would appreciate it. What we do know, is that Tony Stewart is upset with something said on national TV about him. We also know the network in question is ESPN. The show appears to be either Pardon The Interruption or Around The Horn, both ESPN's daily afternoon talk shows.

The content is a joking remark Tony made after Chicagoland where he said he would spend the next week after winning "drinking a case of beer." Apparently, that was a joke to many, but not someone at ESPN who has a national platform to condemn Tony for being a "bad role model."

Perhaps, this same person could take a trip to the Victory Junction Gang Camp and ask around about Tony Stewart. That might just help them get a better perspective.

If the look he gave Dave Burns at Indy before he purposefully dropped the "BS bomb" live on ESPN is any indication, it just might be a long season for the network in Tony's world.

The Daly Planet welcomes comments from viewers. Simply click on the COMMENTS page or email editor@thedalyplanet.tv if you wish not to be published. Thanks again for stopping-by and leaving your opinion of our TV topic.
Posted by Daly Planet Editor at 10:08 PM 27 comments: 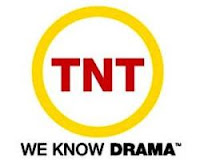 Somehow, July 15th does not seem like all that long ago. It was Sunday, and the final race of the NASCAR on TNT summer package was on-the-air. From Chicagoland Speedway, Bill Weber and Mark Fein were hosting a ninety minute pre-race show and then the NEXTEL Cup race.

The NASCAR on Fox gang had finished their coverage back on June 4th in Dover. SPEED had shown the Gatorade Duels and the All-Star race, but they are a Fox cable network, and viewers still had the "feel of Fox." Now, it was time for a change. The results of that change are still being felt today, and they certainly were felt by ESPN in Indy.

From the beginning of the TNT cable package, there was the feeling that things were "out of sort." In the rain at Pocono, it got so boring that Marty Snider took to spinning Bill Weber on the new TNT "Thunderdome" infield set. Weber's helpless and confused expression did a lot to sum up the NASCAR on TNT philosophy.

The two new "imports' to the coverage, Kyle Petty and Larry McReynolds, proved to be the saving grace for the entire on-air crew. From the start, the animosity between Turner announcer Marc Fein and freelancer Bill Weber was evident, and obvious. In the pre-race show, Weber stared at Fein like he was the bully that just took his lunch money.

Most viewers remember very well that in the first show at Pocono, Weber did not even introduce Fein or welcome him to NASCAR on TNT. It was the first time of many that Weber would throw Fein "under-the-bus" on network TV. The pre-race shows were completely separate, with Fein hosting one and Weber hosting the other. It was hilarious. It was disjointed. Ultimately, it was also damaging to the sport.

When the second show, Countdown to Green began, Weber acted as though Fein and the first show had never existed. It was a classic clash of TV egos that ultimately resulted in the fans turning to SPEED's RaceDay as their pre-race TV source. In the "overlap" where TNT and SPEED were both on the air, there was never a time when TNT excelled.

As the TNT race coverage began, it was immediately apparent that NASCAR to TNT was simply a "sports product" for them to promote their entertainment properties without restriction. Both in the race, and added to normal commercial breaks, the TNT broadcast promotions were completely out-of-control. The race itself became just a "break" between Bill Engvall, Holly Hunter, and Kyra Sedgwick.

Now off-balance and reeling from criticism, the TNT gang stumbled into Sonoma, CA with Kyle Petty as an in-race anchor and Wally Dallenbach supposedly in his element as a veteran road course racer. The first attempt to talk with Kyle resulted in joining him for his pre-race prayer, which was made all the more ironic when TNT actually played-back a profanity from his in-car microphone later in the race. That's right, after listening to it once, they chose to play it back on-the-air.

As most viewers know, the race was a total TV disaster. TNT lost track of who was where and what was happening. At one point, Bill Weber would just yell out a pit reporter's name as a driver entered pit road and be quiet. I guess Weber wanted a break from the chaos as well.

TNT told us Montoya would run out of gas, he did not. They told us Harvick would win the race, he did not. Ultimately, Montoya completed an entire victory lap and TNT was so flustered they left the air without even showing the final run-down. The melt-down was complete.

Like any good corporation, TNT had a plan to distract viewers from what had really been done to them. They called it "wide-open" coverage. Their guaranteed ratings-winner was Daytona, and the final Pepsi 400. By using their "split-screen" coverage, they were able to make headlines for their innovations, and then claim that the innovation won them the high ratings.

On a holiday weekend, NASCAR fans would watch the Pepsi 400 if it was on PBS and hosted by those weird twins from Antiques Roadshow. Neither the innovations or the TNT coverage had anything to do with one good rating for one good race. Daytona is Daytona, and the years of different networks hosting this coverage have made that point.

TNT closed out its TV package at Chicagoland, and the gloves were off. Marc Fein cleared Bill Weber off the NASCAR On TNT Live set after the first segment, and he was never heard from again. Fein never even referenced Weber. In the final Countdown to Green, Weber never thanked Fein and pretended the first show never happened...again. It was like two spoiled twelve year-old boys pouting on national TV.

By this time, Kyle Petty and Larry McReynolds dominated the coverage. Larry talked constantly with Kyle all race long, although TNT continued to physically locate him in the infield. Wally spent the entire time agreeing with Kyle on everything, and in the closing moments only Kyle and Larry thanked anybody for anything. It closed like it started, disjointed and off-balance.

This week, the TV ratings were released for the Brickyard 400 on ESPN. As you may know from reading The Daly Planet, ESPN had every TV technical toy, a new Infield Studio, and eleven announcers on-hand for this grand feature presentation.

ESPN heavily promoted The Brickyard 400 race on-the-air, they broadcast the wonderful Ultimate NASCAR series, and they have been covering the Busch Series all season long. None of this helped, and the reason is very clear. The "lead-in" to ESPN was the six NEXTEL Cup races on TNT.

Had ESPN been handed the NEXTEL Cup Series directly from Fox Sports, things would have been different. Although The Daly Planet differed with Fox on the finish line coverage, Mike Joy, Larry McReynolds, and Jeff Hammond are probably the three most trusted NASCAR-TV announcers in the nation.

Even network TV needs momentum. ESPN, despite its faults, got absolutely none from TNT. What they walked into was anger from a jaded NASCAR fan-base who had just been through what may have been the worst NASCAR TV coverage in history.

TNT alienated the veteran fans, they repelled the newcomers, and they "used" these six races to do nothing but promote TNT entertainment products. It was all about them.

This is what ESPN must overcome to get the ratings and excitement back into the network TV package for the NEXTEL Cup Series. The two questions to be answered are, can they really do it...and do they really care? By the way, they have sixteen races left in which to succeed or fail.

It is not over-exaggerating to say that a big chunk of the future of NASCAR is riding on ESPN's performance over the next four months. The network wanted back into NASCAR, and now they find themselves neck-deep in the pool...and swimming for their lives.

The Daly Planet welcomes comments from readers. Simply click on the COMMENTS button below, or email editor@thedalyplanet.tv if you wish not to be published. Thank you for taking the time to stop-by and leave your opinion.
Posted by Daly Planet Editor at 12:55 PM 23 comments:

We would like to thank host Dave Moody and his entire gang at Sirius Speedway for allowing me to stop-by and talk TV on Wednesday. Also, thanks to everyone who forwarded an email about our topics, and the fact that we could probably spend several hours talking about the NASCAR TV happenings from this season.

Due to a family illness, no column was posted yesterday, but a new column is being finished and will be posted shortly. In the meantime, if anyone would like to suggest a topic for a future discussion or column, please feel free to post it here.

In the upcoming weeks, we will be addressing the fact that Friday NEXTEL Cup first practice is gone for ESPN, the races ESPN has decided they will allow SPEED to do practice and qualifying, and the issue of online video from various Internet sources competing with cable TV networks. Thanks again for all your support this season, it certainly has been interesting!

The Daly Planet welcomes comments from readers. Simply click on the COMMENTS button below, or email editor@thedalyplanet.tv if you wish not to be published.
Posted by Daly Planet Editor at 12:34 PM 2 comments: