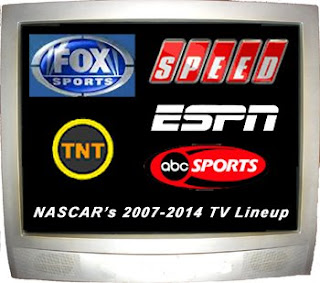 The words leap off the page of the New York Times website:

In hindsight, Mr. France’s broadcast deal, which brings in about $500 million a year, may be the main thing that saves NASCAR from ruin.

Ms. Hamner calls NASCAR "particularly vulnerable" to the problems with the economy and points-out that automakers provide approximately one-third of the total sponsorship in the sport.

“Many of the major sponsors pulling back have been involved in our sport for decades,” NASCAR Chairman France tells Hamner. “They’re making cuts, and we’re affected.”

Perhaps, the most surprising financial figures used in the article were in reference to the Camping World sponsorship of the Truck Series. Hamner quotes Camping World CEO Marcus Lemonis on the fact that Camping World is only paying 2 million dollars a year for the title sponsorship, half of what Craftsman was paying in 2007.

“We told them what we could afford,” says Lemonis. “They were very sensitive to us and offered an appropriate price for the market conditions.”

Ultimately, the single consistent source of income for NASCAR may be the scheduled payments from the NASCAR TV partners. In 2005, Mr. France was part of the team that reached a $4.48 billion, eight-year TV deal with ABC-ESPN, Fox, the Speed Channel and TNT.

At the time, this was viewed as icing on the NASCAR cake. Teams and owners were flush with the cash of sponsors standing in line to get involved with the hottest sport in the nation.

TV networks also wanted their piece of the action and were willing to pay top dollar. Now, Hamner suggests the TV contract may be the only thing that allows NASCAR itself to survive this economic downturn.

As Fox, SPEED and ESPN gear-up to start the season in Daytona, it should be interesting to see what changes the TV networks have decided to make in the overall coverage of the sport given the new financial dynamic.

One thing is for sure. NASCAR will continue to get paid in full over the next six years even as many teams in all three of the national touring series struggle just to survive.

The Daly Planet welcomes comments from readers. Just click on the COMMENTS button below and follow the easy instructions. The rules for posting are located on the right side of the main page. Thanks for taking the time to stop by.
Posted by Daly Planet Editor at 8:00 AM 33 comments: