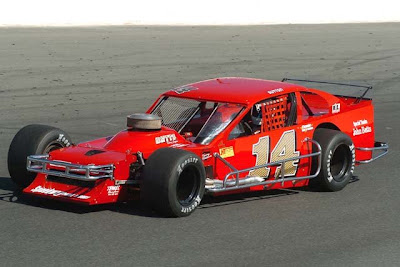 Allen Bestwick signed-off the big one hour NASCAR Now program on Monday by making sure to promote several things that would be coming up on the Tuesday show.

Normally, these would include interviews and updates from the NASCAR Now reporters. This time, Bestwick made a point to say that the Tuesday show would have highlights from the NASCAR Regional Racing Series. If that comes to pass, it will signal a milestone in the growth and understanding of the sport by our friends at ESPN.

"NASCAR Home Tracks" are the three little words on the NASCAR.com website that give any indication to casual fans that NASCAR has regional racing series nationwide. One click opens up an entire new world of racing that is affordable and available for fans to attend.

Connecticut-based Whelen Engineering sponsors the NASCAR Modifieds and the All-American Series. Among other things related to lighting, Whelen makes the red, blue and white emergency lights on almost all police, rescue and fire vehicles. This little company has been a godsend for regional racers with their strong support.

Bowling Green, Kentucky is the home of Camping World, the largest supplier of RV parts and supplies. This company is sponsoring the former Grand National East and West Series for 2008, with both series now bearing the Camping World name. The company also created a website for the series, perhaps to bolster the efforts of Turner Interactive, the company that operates the NASCAR.com site.

ESPN's former motorsports program was called RPM2Night, and it had a lot of fun with the regional series. The racing is quite different than casual fans have seen before, but some of the events are just as historic and definitely just as exciting as their "big brothers."

NASCAR Now began taking baby steps in the direction of the regional series with sporadic interviews of local racers both in the ESPN studio and by satellite. 2007 regional champ LW Miller's enthusiasm and professionalism on-the-air several weeks ago may have finally led NASCAR Now to step-up and make a commitment to exposing the regional racing from around the country to a brand-new audience.

National TV exposure is something these series have been missing, with only HDNet and SPEED airing a limited number of events. For ESPN and NASCAR Now, this is a big step in the right direction. The Tuesday program airs at 6PM Eastern Time.

The Daly Planet welcomes comments from readers. Simply click on the COMMENTS button below and follow the instructions. The rules for posting are on the right side of the main page. Thank you for taking the time to stop by.
Posted by Daly Planet Editor at 10:50 PM 3 comments:

ESPN continues to tinker with NASCAR Now as they work to build a new relationship with the fan base. On Monday night, with the Sprint Cup Series off, host Allen Bestwick gathered a group of reporters to review the season-to-date.

Originally, ESPN's Tim Cowlishaw was going to join Angelique Chengelis and David Poole on the panel. Chengelis is a Detroit News veteran, and has been a regular on NASCAR Now since the show began last season. Poole is one of the most recognized NASCAR journalists and creates original content for radio, the Internet and newspapers.

The choice of Cowlishaw for this show got lots of email and comments on this site. His 2007 NASCAR Now appearances consisted mostly of hype and conjecture that did not play well with the personalities in the sport. This season, he has been seen infrequently on this series and has not worked the NASCAR trail.

As the show began, Bestwick welcomed Poole and Chengelis. He never mentioned a word about Cowlishaw, who was noticeably absent. Unfortunately, Cowlishaw was not replaced on the panel by another ESPN NASCAR personality like Marty Smith or Ryan McGee.

Chengelis and Poole teamed with Bestwick to present exactly the type of program that viewers could enjoy. The topics ranged from grading the Cup teams to the resurgence of the newly-merged IRL. ESPN took what had been a worthless off-week and created value through simple conversation.

Poole was outstanding, and while he is finding his "TV legs" in terms of fundamentals he continues to bring a unique perspective wrapped in an interesting personality. His dry sense of humor and ability to speak candidly about the biggest stars and owners in the sport works best on his Sirius radio show, but translated to the little screen with good results.

Chengelis was appearing for the first time, and proved to be much more than many viewers may have imagined. Normally, she is seen in tightly-scripted weekday appearances on NASCAR Now as a reporter. On weekends at the tracks, she has a little more freedom but once again the questions are all rehearsed.

In this hour, especially without Cowlishaw, Chengelis was front-and-center. Her response was to step-up and participate equally with Poole and Bestwick. This was a big moment for her on ESPN2, with fans now understanding the personality and the depth of NASCAR knowledge that she brings to the table.

Bestwick was solid in hosting, although he had to walk the line between host and participant on several occasions. His extensive NASCAR background, along with his ability to deal with the ups-and-downs of a TV career have made him a fan favorite.

This season he may be at his professional peak as the new leader of the NASCAR on ESPN gang. Last season, this was a title that Jerry Punch did not want and Suzy Kolber could not handle. Bestwick has solved so many problems for ESPN because of his "utility player" status that the network must be smiling.

NASCAR Now continues to be the surprise of the season. This Sports Reporters format worked well, although it could have used a third opinion. Perhaps, ESPN2 will consider adding "specials" in this format to the line-up at specific times of the season. It certainly is a good way to get the journalism side of the business more TV time and expose the personalities of the folks who craft our NASCAR news.

The Daly Planet welcomes comments from readers. Simply click on the COMMENTS button below and follow the easy instructions. The rules for posting are on the right side of the main page. Thanks again for taking the time to stop by.
Posted by Daly Planet Editor at 9:25 PM 27 comments: 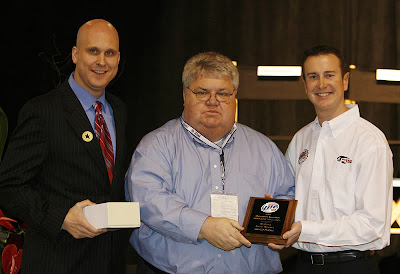 Part of the change in ESPN's commitment to the sport this season is the continuation of the one hour NASCAR Now show on Mondays. Even when there is no Sprint Cup race, Allen Bestwick still brings together a panel for the weekly "roundtable." This has been a great investment.

While This Week In NASCAR will take Monday off over on SPEED, Bestwick and company will once again talk racing for the full hour. Taking advantage of the off-week, ESPN2 has put together a panel of three reporters to talk about a wide variety of news-related topics involving NASCAR this season.

Joining the show will be Angelique Chengelis. A regular reporter on NASCAR Now since its inception, Chengelis is a veteran of the Detroit News Sports Department with a long history of writing about racing. She graduated from the University of Cincinnati and currently contributes NASCAR-related coverage to the many media elements of ESPN.

Also on the program will be Tim Cowlishaw. A graduate of UT in Austin, Cowlishaw is perhaps best known to ESPN viewers from his regular appearances on Around The Horn. He joined the Dallas Morning News back in 1984 and has covered a wide variety of college and professional sports since that time.

The first year of NASCAR Now was not kind to Cowlishaw, who often saw himself put in the position of being forced to create hype or controversy in the sport where there was none. Drivers and team owners did not respond positively to his Around The Horn-style comments about the sport and the personalities involved in it. An "Insider," he was clearly not.

This season, Cowlishaw has been used sparingly on this TV series and when he appears things are very different. Much like Brad Daugherty, Cowlishaw is there to simply offer his opinion on various NASCAR topics and that role suits him quite well. It should be interesting to see him interact with Allen Bestwick in conversations about the sport.

Finally, NASCAR Now has opened the doors once again to new things and asked the one-and-only Mr. David Poole to appear on the Monday program. Poole is featured above (center) receiving the Russ Catlin Journalism award back in 2007. Bringing in a writer who is not associated with ESPN for this show is a great idea.

Poole and Bestwick go way back, and those two should have some fun with the myriad of topics on the table from drug testing to the Top 35 Rule. Poole is very creative on his Sirius radio show, his Internet blog and his regular news articles for the Charlotte Observer.

Once again, NASCAR Now has taken a good step forward in turning what had been a boring news day into what could be a TV program talked about for some time. Making sure that the DVR or the VCR has ESPN2 on Monday at 5:30PM Eastern Time programmed on the record schedule would be a good investment.

The Daly Planet welcomes comments from readers. Simply click on the COMMENTS button below and follow the easy directions. The rules for posting are located on the right side of the main page. Thanks for taking the time to stop by.
Posted by Daly Planet Editor at 7:54 AM 26 comments: