Cable TV vs. Local Stations Now An Issue In Racing

The final seventeen NEXTEL Cup races of 2007 saw NASCAR events transition from the Brickyard 400 on ESPN to the final ten "Chase" races being carried by ABC.

Right away, interesting things started to happen. Some ABC affiliates ran their local news instead of the pre-race show for the night races. When a Sunday race ran past 6PM, some stations simply left the race in-progress and began their evening news and regularly scheduled programming as if the race never happened.

One of the biggest TV disasters of the season occurred on October 13th. After an exciting race, the entire NEXTEL Cup field sat under a red flag at Lowe's Motor Speedway. As the starter gave the command to crank the engines for the final run to the checkers, the clock struck 11PM Eastern Time. That's when all hell broke loose.

ABC stations across the country decided that the thing to do at that moment...was leave. In many states across the country, ABC viewers were now seeing the smiling faces of their local news anchors. None of them even referenced the race.

In Topeka, Kansas the NASCAR fans were watching KTKA Channel 49. Many of those fans were wearing Clint Bowyer attire, and pulling for the young man from just down the road in Emporia. Even with the scoreboard saying six laps to go, the ABC Station of the Year decided it was time for the KTKA 10PM News. Bowyer was never to be seen again.

During the ABC portion of the NASCAR season, Daly Planet readers reported TV stations in California, Texas, Oklahoma, Colorado, Florida, New York and even Idaho that decided to pre-empt live NASCAR racing for one reason or another. If a race ran a bit long, some stations often just "left" after the checkered flag. No winner interview, no wrap-up, and no final results.

On Saturday afternoon at 1:00PM Eastern Time, the SPEED Channel TV crew was set to telecast the Rolex 24 sports car endurance race from Daytona. Lots of NASCAR stars were mixed-in with both the professional and amateur drivers.

This season, the first ninety minutes of the telecast, including the start of the race, would be "upgraded" to the Fox Broadcast Network. The Rolex 24 had accomplished a move from cable to "free TV" coverage. What a move it would turn out to be.

Unfortunately, the "us vs. them" mentality that exists between the cable and broadcast TV networks flared again. While the Rolex 24 executives and the SPEED Channel production crew had visions of "big time" national TV coverage, the Fox stations had another agenda in mind. It is called local programming.

West of the Mississippi River, it was apparently a little bit too early for sports. Fox local stations in Honolulu, Seattle, San Francisco, San Diego and even Denver declined to air the Rolex 24 coverage in favor of local programming.

While this was a big blow, the biggest was yet to come. On the Fox local station in Los Angeles, it was the Mutant Ninja Turtles who were racing around the KTTV screen, and not the Grand-Am cars of the Rolex 24. The race start was not being televised live in the second largest TV market in North America.

Eventually, we will find out who was in charge of securing "clearances" for this program, and reporting back to the organizers and SPEED on these issues. It is amazing to experience the same "disconnect" between SPEED and the Fox stations that we saw last fall with ESPN and the ABC Broadcast group.

If this new dynamic continues for motor sports in North America, it will be interesting to see if the sanctioning bodies eventually decide to trade the control and coverage comforts of cable TV for the supposed broader appeal and distribution of the over-the-air "free" national broadcast networks.

The remaining coverage of the Rolex 24 on SPEED went off without a hitch. After the race, SPEED had slotted thirty minutes to talk to the winners and other participants before recapping the event for viewers and signing off. At least the cable TV network involved in the coverage respected live auto racing.

The Daly Planet welcomes comments from readers. Simply click on the COMMENTS button below and follow the instructions. There is nothing to join, and we do not require your email address. Thanks again for taking the time to stop by.
Posted by Daly Planet Editor at 11:46 AM 21 comments: 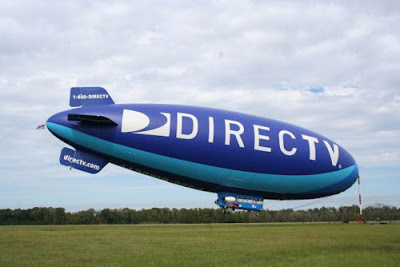 Normally, when email starts coming to The Daly Planet in clumps, it is clear right away what is going on. Over the past year, we have seen many issues which aroused the ire of the NASCAR fans and sent them directly to their computer keyboards.

This time, however, things are a bit different. Our friends at DirecTV have just finished a major campaign to have existing users of their NASCAR "Hot Pass" service sign-up for the 2008 NASCAR season.

Fans noticed that the service had shrunk from five driver channels to four. They also noticed that the number of races featuring "Hot Pass" has declined from the previous season. What has not changed was the price, which was around the ninety dollar mark for a season-long subscription.

Many fans wrote to say DirecTV renewed them automatically at the pre-set rate for 2008, regardless of their personal preferences and without contacting them by email.

It was back in December of 2006 that the always colorful Aussie David Hill created "Hot Pass" during a rather "inspired" moment at a bar in Charlotte, NC. Hill, who is chairman of the Fox Sports TV Group and President of DirectTV, had been watching NASCAR racing live earlier in the day, and marveled at how the fans in the stands could hear their favorite driver's team radio channel, listen to the PRN radio broadcast of the race, and watch the action all at the same time.

Needless to say, "Hot Pass" is an attempt to duplicate that ability for the fans watching at home. While cable TV is a bit more limited in technology, Hill had all the tools (and channels) already in place at DirecTV to get the project accomplished.

In 2007, "Hot Pass" had critical success with a wide variety of NASCAR announcers including Ray Dunlap, Wendy Venturini, Rick Allen and Michael Waltrip offering commentary on a specific driver's channel. Fans liked the ability to move around, switch the audio streams, and even to keep the race going while the network was in commercial break.

Back in 2006, Hill estimated that he would need about 250 thousand subscribers paying the full annual fee to break even on the service. DirecTV must pay a fee to the TV broadcaster originating the race, and then NASCAR and all the on-site production folks also need to get paid. Any way you cut it, "Hot Pass" is an expensive project.

A quick tour around the Internet will tell you the pros and cons of the package. At first, it is a thrill. Then, since the drivers are chosen in advance, viewers can have the not-so-thrilling experience of motoring around in twenty-fifth place for three hours with one team. Even the Earnhardt Jr. team radio is not a lot of fun during those races.

This week, following the renewal campaign for existing subscribers, DirecTV posted a note on its website and began running a new campaign. Now, even before the 2008 season begins, a full subscription to "Hot Pass" is only $40.

The offer reads "Add NASCAR Hot Pass to your DirecTV base package order and get the entire season for just eight payments of $5. Offer ends April 16th."

After the network TV struggles of last season, "Hot Pass" enjoyed a solid amount of new subscribers during the year as the racing was in-progress. They responded by "pro-rating" the package depending on when the new user signed-up. Ultimately, they ended the year on a high note with the switch to all HD coming for 2008.

Competing with "Hot Pass" for alternative ways to view Sprint Cup races is "Raceview" from NASCAR.com. This Turner Interactive offering has three camera angles, all the race radio channels, and real time scoring lap-by-lap. The season subscription price for this service is $80.

Before the season begins, maybe we could get your thoughts on the "Hot Pass" experience, and what the DirecTV crew could do to make it more enjoyable, affordable, or user-friendly for 2008. To add your comments, just click on the COMMENTS button below and follow the easy instructions. Thanks again for stopping by.
Posted by Daly Planet Editor at 10:27 AM 37 comments: