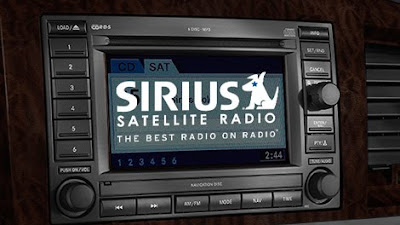 Click here to view a copy of the press release announcing the extension of exclusive online rights to NASCAR content. It was January of 2008 when Paul Brooks, the president of the NASCAR Media Group, chose to continue down this road.

All online NASCAR content was licensed to an outside group. That one decision has brought all kinds of interesting consequences where the sport's worldwide Internet exposure is concerned. While this rights deal also includes video distribution, our topic here today is an audio issue.

"Time to get Sirius NASCAR content online" was the title of a TDP column in early August. It was clear at that time that all three of the major NASCAR series had problems. One simple change would have meant more exposure for the sponsors, drivers and the sport in general. Unfortunately, it never happened.

Currently, SiriusXM Satellite radio has a streaming option that is easily available. For a fee, users are allowed to stream content on desktops and laptops through a simple player. Due to the online contract referenced above, NASCAR content is not allowed.

"No Sirius NASCAR channel on iPhones" was a TDP column from June of this year. A new app for iPhones that streamed SiriusXM was rolled out but received bad reviews. It was not for the technology, but for the programming that was not included. NASCAR was right at the top of the list.

SiriusXM works best when installed in vehicles. The portable receivers work only when attached to a designated satellite antenna. The signal does not penetrate buildings and has proven to be impossible to monitor live even when walking through the rooms of a normal house. Like DirecTV, the SiriusXM signal is from a satellite. This technology is not going to change.

The weekday NASCAR programs on SiriusXM Channel 128 are produced in a studio right up the road from the Charlotte Motor Speedway in Concord, NC. Most of the on-air and production staff are affiliated with NASCAR's own MRN Radio Network, which gets paid to provide the programming.

That shows just how murky and interconnected the NASCAR media world really is behind the scenes. Basically, SiriusXM Channel 128 is not streamed online because NASCAR sold its own Internet rights for profit. Now, the company that holds those rights wants money to allow that to happen.

Click here for a November blog post from Bruce Simmons that references this topic. SiriusXM veteran Dave Moody has often had to recite this answer to angry callers.

The only person who can solve this problem is the man who created it, Paul Brooks. Regardless of how a solution occurs, not having the SiriusXM NASCAR channel available online in 2010 would be a strategic loss for the entire sport at a critical time. A very critical time.

The line-up of NASCAR and media personalities who flow through SiriusXM on the weekdays is unmatched by any TV series or website. Events that happen at the racetrack are discussed by fans, reporters and the personalities who were actually involved. It's not uncommon to have a NASCAR personality hear something on SiriusXM and call-in to address it directly.

Don't try to make the argument that fans should go and buy a SiriusXM receiver. NASCAR fans are interested in only one channel. Whether Channel 128 is streamed online at NASCAR.com or the Sirius.com website makes no difference. Races may not be included and that is understood. NASCAR.com has its own agenda on race day.

Let's focus on just one thing. Getting this done. Brooks has to lead a task force that will get everyone to the table with the single agenda of sorting this out. Revenue sharing from subscription fees, NASCAR lessening rights payments or making NASCAR.com the only source for the service are three topics that have already been suggested as the pathway to a solution.

If this does not happen before the Daytona Speedweeks, the sport will have missed out on a key opportunity to extend a valuable weekday service to what appears to be a rapidly shrinking fan base.

TDP welcomes your opinion on this topic. To add your comment, just click on the comments button below. This is a family-friendly website, please keep that in mind when posting. Thank you for taking the time to stop by The Daly Planet.
Posted by Daly Planet Editor at 12:15 AM 36 comments: