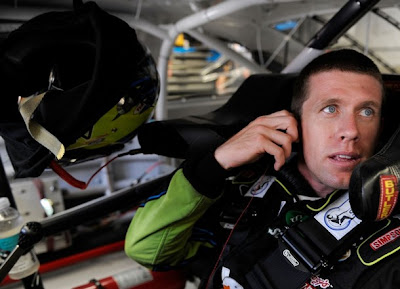 The ESPN "B team" is ready for action from O'Reilly Raceway Park in Indy. The big boys are over at IMS with the Sprint Cup Series coverage. This gives some other folks a time to shine.

Vince Welch is calling his second Nationwide Series race of the season. He will be joined by Rusty Wallace and Ricky Craven in the TV booth. Down on pit road will be Shannon Spake, Rick DeBruhl and Mike Massaro.

DeBruhl is a veteran who has been a utility player for ESPN for a long time. He is a fulltime local TV station reporter in Arizona during the week. Spake has been a field reporter and host for NASCAR Now as well as filling-in on pit road this season after returning from the birth of her twins.

Massaro has been doing his own Allen Bestwick impression this season. The fulltime NASCAR Now host has also been working as a pit road reporter and also hosted NNS pre-race shows, which he will probably do tonight. Talk about busy.

ESPN has to deal with the Edwards and Keselowski incident and fines, but if they make it the theme of the race it may just backfire. ORP is a tough track to pass and things normally heat-up just fine without hype.

As SPEED learned on Friday night, wideshots are mandatory of action will be missed at this short track. TV viewers need to see the entire frontstretch every lap or passing will be missed. Shooting the cars coming into the camera rather than going away means some work for the director but it makes a big difference.

This post will serve to host your comments on the NNS race from ORP on ESPN. To add your TV-related comments, just click on the comments button below. This is a family-friendly website, please keep that in mind when posting. Thanks for stopping by.
Posted by Daly Planet Editor at 6:54 PM 128 comments: 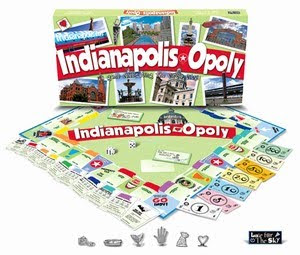 The daytime TV coverage starts at 10AM and runs right up to the Nationwide Series pre-race at 7:30PM. The complete schedule is on the left side of the main page.

Happy to have your comments on these TV programs and the coverage. We will be live blogging the featured NNS race tonight shortly after 7PM. Thanks.
Posted by Daly Planet Editor at 9:40 AM 56 comments: