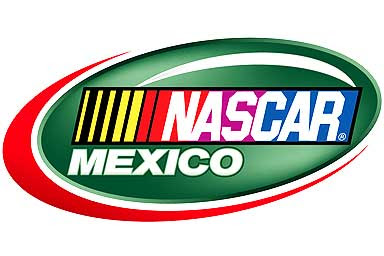 The theory makes sense, but the reality once again left a little something to be desired. It was time for the Nationwide Series to visit Mexico City and the results were just as messy as last year.

ESPN waded into the fray and televised practice, qualifying and the race. During the Sunday telecast the TV compound lost power, the race was halted by several red flags and the final fifteen laps were absolute chaos.

It was Jerry Punch anchoring the telecast. Alongside for this event was Rusty Wallace and rookie ESPN analyst Ray Evernham. It was strange to have both analysts with specific interests in the race. It certainly affected the ability of them both to speak in plain language. In Mexico City, politically correct was suddenly all the rage.

Marcos Ambrose was knocking cars around like bowling balls and yet Punch addressed this situation with almost a monotone. Incident after incident with different drivers and cars resulted in nothing more than a brief description and then a dead silence on-the-air. Viewers knew one thing, Dale Jarrett and Andy Petree were clearly missed.

It was up to the pit reporters to contribute the vast majority of the news about strategy and problems on the track. The trio of Vince Welch, Mike Massaro and Dave Burns turned-in strong performances. They regularly recapped the field and followed-up with enthusiasm on the stories happening in the race.

This information was critical to the broadcast because the race consisted of regulars on the Nationwide trail, road course "ringers," and several Hispanic drivers added for regional flair. Despite all these new faces, the pit reporters were on-top of the game from the green flag.

Wallace was awkward with Evernham, and while they all worked very hard to talk nicely about everyone and positively about their own Nationwide interests, it was the telecast that suffered. "Dead air" is the term for a live sporting event where there is no commentary, and this race had many moments of awkward silence.

Give credit to Jerry Punch, who possibly told every story he knew about the drivers and teams in the race to fill the extended red flag time of this event. Punch also resorted to the old trick of asking questions directly to his analysts to "make" them answer and provide some additional information. Although Jerry Punch is an Emergency Room Physician, in this broadcast he was very much "pulling teeth."

Post-race interviews closed out this broadcast in style, despite the continual assertions by Punch that the Mexican crowds "loved" NASCAR. For viewers who watched the Rolex Sports Car Series race from the same track, they also witnessed the same format of Rolex regulars mixed with Hispanic "guest" drivers. Could it be that the crowds just enjoyed having a fun weekend of racing?

If NASCAR continues to return to this venue, viewers can expect the same type of hard-to-follow TV with pit stops and spins as features of the telecast. Unfortunately, passing and competition do not seem to be in the future of either NASCAR or their TV partners as they struggle to build the Hispanic market.

The Daly Planet welcomes comments from readers. Simply click on the COMMENTS button below and follow the easy instructions. The rules for posting are on the right side of the main page. Thanks again for stopping by.
Posted by Daly Planet Editor at 5:28 PM 48 comments: