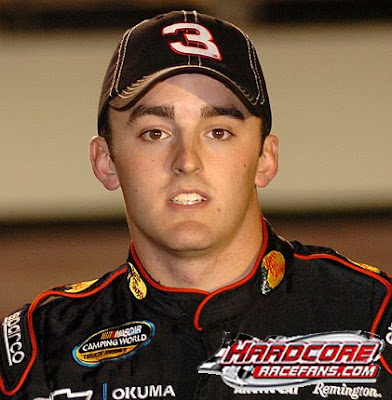 Austin Dillon said goodbye to the truck series today with a press conference announcing he would be running the #3 Chevy in the Nationwide Series next season. That certainly leaves the stage wide-open next year for a new young driver to emerge.

Tonight, Krista Voda starts things off with The Set-up at 7:30PM. Rick Allen, Phil Parsons and an owner in the news these days named Michael Waltrip will call the race. Ray Dunlap and Hermie Sadler are the pit road reporters.

SPEED has been excellent this season, but had a rough outing with the trucks in Martinsville. It looked a lot like FOX with ill-timed tight shots and lots of leader coverage. It should be interesting to see how things are framed tonight on the big Texas track.

This post will serve to host your TV-related comments on the coverage of the Camping World Series Trucks from the Texas Motor Speedway. To add your opinion, just click the comments button below. Thanks for stopping by. 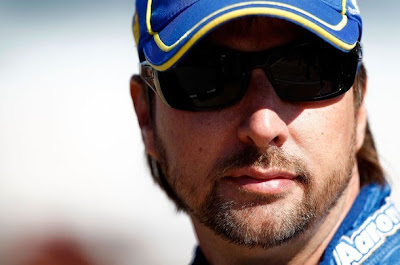 The two remaining NASCAR TV partners at this time of the season, ESPN and SPEED, will split the Friday on-track action from the Texas Motor Speedway. ESPN2 will open the day with Nationwide Series practice at 11:30AM ET and then follow it with the Sprint Cup Series practice session at 1PM.

Marty Reid is finishing out this season as the voice of the Nationwide Series telecasts. He is up first with Dale Jarrett and Andy Petree for the early session. Allen Bestwick then comes along with Jarrett and Petree for the Cup practice.

ESPN has the usual cast of characters on pit road. Jamie Little, Dr. Jerry Punch, Dave Burns and Vince Welch will handle the reporting duties. Tim Brewer and his car parts are over in the Tech Garage.

The ESPN day ends with NASCAR Now on ESPN2 at 2:30PM. Former TNT reporter and now ESPN anchor Lindsay Czarniak will host the show. Ricky Craven is the in-studio analyst this weekend while Marty Smith and Shannon Spake will report from TMS.

John Roberts picks up the hosting duties as SPEED begins the night shift with a 4PM version of NASCAR Live. Jeff Hammond will be alongside Roberts while Randy Pemberton will report from the garage area.

SPEED's two on-track sessions are at 4:30 and 6:30PM ET. Hermie Sadler joins Larry McReynolds and Steve Byrnes to call the Sprint Cup Series practice up first. Phil Parsons then stops by for the Nationwide Series session up next with Byrnes and McReynolds. Wendy Venturini and Bob Dillner will handle the reporting for both telecasts.

7:30PM starts the Camping World Trucks telecast with Krista Voda hosting the pre-race show. Rick Allen then comes along for the live race at 8PM with Parsons and Michael Waltrip along for the ride. Hermie Sadler and Ray Dunlap are the reporters.

The TV night ends with the "new look" version of Trackside. Rutledge Wood has transitioned over into the host role. He is joined on the stage by Kyle Petty and Jeff Hammond. Newcomer Marianela Pereyra is the reporter. Fans have very strong opinions about the recent changes to this classic TV series.

We will live blog the truck race, but please feel free to offer your TV-related comments right here on any of the Friday telecasts. We will also use this post to pass along any breaking news, as NASCAR silly season is in full swing and many other current and former NASCAR personalities are in the news this week. Thanks for stopping by.