ESPN At Fontana: Too Many Voices In My Head 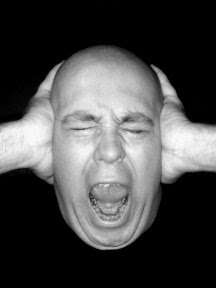 In sports television, some announcers are legendary. Most of them have earned their stripes by being closely identified with either one team, or one network. Just as Harry Caray was identified with both baseball and ultimately the Chicago Cubs, others like Frank Gifford came from professional sports and then transitioned to a franchise like Monday Night Football.

Over the years, NASCAR fans have fond memories of hard-working TV announcers like Ken Squier, Eli Gold, and Bob Jenkins on the play-by-play side of the business. Others, like the late Neil Bonnet, Ned Jarrett, and the late Benny Parsons came directly to the TV world from racing.

In NASCAR, the play-by-play man used to control the action. He was the big fish in the small pond, and everyone else played second fiddle to him. He often had a designated partner, with whom he will forever be identified. He was the focus of the TV coverage, and the face of racing for his network. Not any longer.

This NASCAR season, Fox Sports returned their veteran announce team. TNT threw together a patchwork team from freelance announcers that were the remnants of the NBC package. It was ESPN, however, that faced the toughest task of starting from scratch and putting together a totally new crew for their race broadcasts.

As the Busch Series season began ESPN rolled-out a disaster. The column on The Daly Planet from February 17th was entitled "ESPN Implodes At Daytona." The network debuted with Brent Musburger in the special "host" position. We said at the time that "Brent Musburger in the NASCAR Fan Zone looked like Rush Limbaugh at an ACLU meeting." ESPN actually roped the fans out of the Fan Zone. Nice touch.

Believe it or not, Chris Fowler was the Infield Studio host, seated alongside Brad Daugherty and Rusty Wallace. After almost losing his patience on the set, Wallace fled the infield to join Jerry Punch and Andy Petree in the booth. Add in four pit reporters, and things were interesting. Then, add in Tim Brewer in the Tech Center and things were a little confusing. Basically, it was over-produced chaos with ten announcers in the broadcast.

As the season progressed, Musburger and Fowler were gone. Hosts came and went in the Infield Studio. Eventually, the network allowed Allen Bestwick to step-in and bring some calm and order to the infield. His presence also calmed down Punch and the gang, and allowed the network to concentrate their efforts on the racing...at last. Then, ESPN stepped into the NEXTEL Cup world, and things got off-track again.

Sunday's NEXTEL Cup race in California might have been exciting on the track. Perhaps, for fans listening on the MRN radio network or DirecTV's Hot Pass it may have made sense. Unfortunately, TV viewers trying to both watch and listen to ESPN were in for a challenge. They heard eleven voices talking to them endlessly for the entire broadcast...eleven people.

The death knell for this event was the presence of Brent Musburger, Dale Jarrett and Brad Daugherty in the Infield Studio. Jarrett is the star of the show every time he opens his mouth, and ESPN allowed him to converse openly throughout the race. Then, everyone decided to get in on that act.

If you have watched ESPN recently, you have seen that they are virtually destroying many of their venerable sports TV franchises by adding too many voices to the programs. What the network has done to shows like Mike and Mike In The Morning and SportsCenter is just criminal. Even as these new age shows like Cold Pizza and Quite Frankly fail spectacularly, the network just plows ahead un-phased.

Sunday in California, ESPN opened all the microphones and just let everyone talk. The result was pit reporters who suddenly knew everything, an Infield Studio gang who had their own inside information, and a very frustrated trio of booth announcers who were no longer the stars of the show. Anything that was said by anyone was suddenly up for "one up-manship" by anyone else. What an on-air mess.

The casualty in all this endless conversation was both the race and the viewers. ESPN's nice pictures in both daylight and at night were over-shadowed by the coverage jumping around between Brent Musburger's on-camera inserts, SportsCenter cut-ins, and the use of production elements when returning from commercial.

No one is saying that ESPN's information was wrong, or that the staff in-place was not capable. But, as with so many things on ESPN these days, there was too much "TV stuff" packed into this race. Just like SportsCenter, it had no focus.

ESPN again showed the top twenty cars cross the finish line, and did a solid job with the winner interview and follow-up with other drivers. The good coverage is there, its just buried under eleven different voices, the Tech Center, Draft Tracker, Full Throttle, SportsCenter cut-ins, NASCAR Icons, the In-Race Reporter and the Infield Studio. Did I miss anything? Oh, yes I did.

Next week, Suzy Kolber returns to the coverage as the full time host of the Infield Studio. If Musburger continues as the "show host," ESPN on ABC has the possibility of having twelve announcers on their next race. That's right, twelve voices on a three quarter mile bull-ring in Richmond at night. Make sure to set your DVR, it might just be a classic.

Tonight at 7Pm Eastern Daylight Time ESPN will be showing the Sharp AQUOS 500 from California Speedway In Fontana, CA.

Dr. Jerry Punch, Rusty Wallace, and Andy Petree will host tonight's coverage. The rules for comments are on the right side of the main page, just click the COMMENTS button below to add your opinion.

Thanks again for taking time out of your day to stop-by The Daly Planet and leave your opinion.

As soon as the deal was done with ESPN for the Busch Series races, veteran TV executives were wondering where ESPN2 was going to put those live college football games that fans have been watching on that network for years. The answer was, all around NASCAR.

The kick-off of the college football season meant a new world for the Busch Series. In this first football Saturday, the live game preceding the race from Fontana ran about twenty minutes long. It pushed the scheduled NASCAR Countdown show off the air, although ESPN did air a live version on its Internet service, ESPN360.

If the football game had followed the same time pattern as many earlier that day, it could have run more than thirty minutes into the race itself. While Fontana and Richmond next week are night races, the Busch Series will shortly switch back to afternoon starts, which will be preceded by a live football game running directly into the race.

Several months ago, The Daly Planet wondered if this NASCAR eight year TV contract would be the catalyst for changing the ESPN Classic Network over to ESPN3. Earlier this season, ESPN Classic was pressed into use when yet another live event over-run forced NASCAR off its designated channel. The NASCAR program switched ESPN networks three times.

When the Fontana race actually hit the air, once again the ESPN technical gremlins appeared, and viewers heard nothing. The silence was eventually broken and the voice of Dr. Jerry Punch was heard in mid-sentence. With all due respect, ESPN2 has been telecasting NASCAR Busch races for seven months now. These problems did not begin to pop-up until network resources were re-allocated to college football.

Punch led almost directly into the race, and with Rusty Wallace and Andy Petree having a nice big track and some fast racing, they turned in a solid performance. Rusty was not on his game in the big Keselowski crash, but it many have been his first time trying to choose words on TV when a NASCAR driver was possibly injured.

Perhaps, next time he will step back and let Doctor Punch be put on-the-spot in a difficult situation. Phrases such as "walk away" and words like "Earnhardt Sr." need to be used only after serious thought and in complete sentences. Even a driver who appears to exit his car could have serious injuries when evaluated later.

The race itself worked well for the network, with good TV pictures, sound, and graphics. The hated Draft-Tracker revealed its head in this race, and once again made absolutely no sense to anyone in North America other than the ESPN TV executives.

This event was a great example of why TV networks should show the entire field scrambling for the finish line on the final lap. ESPN tried to show the finish with a big wideshot, but it mostly covered the area after the line. Viewers could see cars door-to-door, but had no idea who they were or what was going on in the final turn. Once again, when the winner of the race crosses the finish line...the race is not over. TNT never got this concept, so perhaps ESPN will before the end of the season.

Nice finish by Jeff Burton, great of the network and NASCAR to direct him into Victory Lane so he could be interviewed before ESPN2 left the air. Good performance by the pit reporters, but the animosity building between the drivers and ESPN needs to be nipped in-the-bud, and it needs more than a newspaper quote from the race producer. This is an issue right now, and trust me...its not going away.

Normally, ESPN provides the announcers of a live event guidelines and a script to read if their event runs long. On ESPN2, the college football announcers did not acknowledge that NASCAR Countdown was supposed to be on, never directed viewers to ESPN360, and never re-set the scene at the top of the hour when the race was to have aired live. This is a big fundamental mistake from a network who routinely does this for live events. Several weeks ago, even the racing-hating Cliff Drysdale played traffic cop in a tennis event and directed viewers where to tune for racing.

NASCAR fans are going to be in for a very interesting ride with the Busch Series for the rest of the season. As ESPN360 is not available on many Internet Service Providers, including Comcast, this option is ridiculous for NASCAR races. The only other option available for Internet users is the Turner-owned NASCAR.com, who carried the Busch broadcast on ESPN in its entirety. Think about that one.

ESPN scheduled a Busch race after live college football. When the game ran long, the best place to "see" the race was on NASCAR.com's Internet site. Does ESPN not understand that NASCAR fans do not need a lot more prodding until they abandon the old way of watching TV, and just rely on the Internet for the entire broadcast?

By the way, next week a live college football game precedes the NEXTEL Cup night race from Richmond on ABC Sports. I would suggest that fans plan well ahead for their viewing options, because all of the ESPN Networks will be busy with live football as well. Once again, NASCAR will be all dressed-up with no place to go.