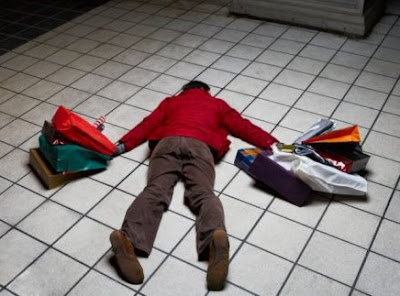 It's time for Americans to get up early, head out the door and shop till they drop. That leaves us non-shoppers with some time on our hands while we watch the chaos. Here is a look back at some of the more interesting posts on TDP recently that evoked reader comments. Click on the title to read the column.

Whether you are grinding it out at the mall, in line at the local big box store or simply have some time on your hands, hope that little flashback helps you through the holiday weekend. New columns start Monday.

Posted by Daly Planet Editor at 5:30 AM 4 comments: