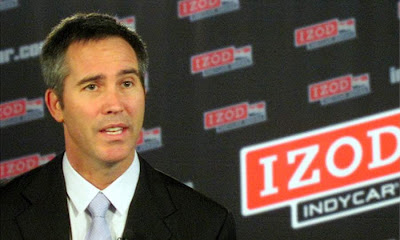 In the blink of an eye, ESPN decided that IndyCar racing was no longer a priority. Despite a proud tradition that the network still tries to promote, ESPN made IndyCar a take it or leave it proposition in 2008.

ESPN offered to televise only five races, including the Indy 500, starting in 2009. The bet by ESPN was that IndyCar would be forced to agree to this stripped-down contract for one simple reason. There was no alternative.

IndyCar needed the ABC coverage of the Indy 500 as the anchor of the season. The only other viable broadcast and cable TV network combination at the time was FOX and SPEED. Already deeply involved with NASCAR, F-1 and sports car racing that group passed.

With its arm now firmly twisted behind its back, IndyCar knuckled under to ESPN and agreed to the five race deal for four years. The remainder of the races went to the cable network VERSUS. At the time, VERSUS promised to grow IndyCar as the network grew. The agreement was supposed to be a solid investment in the future for both parties.

Now, only 3 years later, this TV deal made in haste may bring down the entire sport.

The Iowa Corn 250 was on Saturday night, June 25. This IndyCar race live on VERSUS featured tremendous battles, multiple caution flags and intense racing. In-car cameras showed the speed and danger. The pass for the win was fantastic and as a television product it was superb.

Days later, that enthusiasm was tempered by the reality of VERSUS. The primetime race was seen by less than 500 thousand fans nationwide despite VERSUS being distributed to almost 80 million homes. The 0.35 Household rating qualifies as barely a blip on the cable TV network radar.

VERSUS is once again in transition, even as IndyCar rides out a ten year deal the network forced IndyCar to sign when there were no other options. Included in the agreement is the fact that VERSUS controls the online video streaming.

The cable TV company Comcast now runs NBC, VERSUS and the other cable TV networks in the NBC portfolio. The theory of Comcast is to pour money and high-profile programming into VERSUS until it rivals ESPN.

Broadcast network NBC is to be used to televise the most high-profile sporting events the new company owns in the same manner that ESPN uses ABC. Well, at least that is the theory.

In the sports TV business, the Comcast guys are sometimes called "pole climbers." It's an insult that is meant to point out that despite the wealth, there is little national TV programming or production experience at the top of the management ladder.

In the cable TV service provider world, it's simply about squeezing revenue out of the consumers. Now those same Comcast executives find themselves confronted with sports products that command billion dollar rights fees. Opening the wallet has proven to be quite a challenge.

VERSUS recently cancelled its weekly IndyCar TV program, citing cost issues. There is also no live streaming of the races for VERSUS subscribers on the network's website. In fact, the entire VERSUS website is gone. Users are sent automatically to the MSNBC.com sports section.

The highly-promoted weekday sports news and highlight show on VERSUS called The Daily Line was meant to rival ESPN's SportsCenter. It was cancelled late last year due to low ratings. In short, VERSUS is currently a TV disaster.

It seems IndyCar CEO Randy Bernard, pictured above, has had enough. According to the Indianapolis Business Journal, IndyCar lost $22 million in 2009 and close to $15 million in 2010. Bernard admits that he expects star driver Danica Patrick to leave completely and go NASCAR racing in 2012.

Now driven by desperation for higher TV ratings, Bernard has proposed adding up to five non-full time IndyCar drivers to the final race in October. He does not mean IndyCar drivers without full time rides, he means non-IndyCar regulars. Names he tossed out include Kasey Kahne, Travis Pastrana and Kyle Busch.

The irony that the mere appearance in Las Vegas of even one current NASCAR star could save the IndyCar season finale for TV is driven home by 2010's most shocking stat.

With the final race in Homestead, FL and on VERSUS last year, IndyCar got a 0.30 HH rating. There were less than 350 thousand viewers watching nationwide. That number is less than the population of Wichita, Kansas.

This year the final race is on ABC, where IndyCar has struggled to get a 1.0 rating. Bernard seemed to be at the end of his rope in a recent Toronto Star interview. "If we do a 0.8 rating, I will quit," said Bernard. "I will quit on the spot."

What a sad state of affairs for a series that has offered a solid product on the track this season, especially the ovals. The long saga of open-wheel in-fighting and varied agendas seemed to have been solved by bringing in Bernard from outside of motorsports.

Now, he finds himself trapped by a TV contract signed by predecessor Tony George that is killing the sport. ESPN cherry-picked the Indy 500 and has the season opener and close. VERSUS coverage has been disjointed and the network is in complete flux.

Maybe Bernard will walk away after this season. Maybe IndyCar will completely collapse. One thing is for certain, it can't get much worse. It's just hard to see a sport that was once the toast of the town on the verge of dying a whimpering death.

Perhaps, Las Vegas is the right place for the final event this season. Bernard is betting his career on one race in a city that loves to see high-rollers take big gambles. The Indycar season finale is Sunday, October 16 at 3PM ET on ABC. 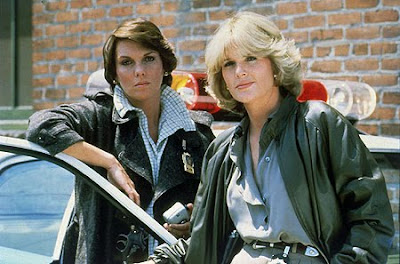 After Danica Patrick made a splash on Friday night, it's only fitting to assign the Sprint Cup Series investigation to Marybeth Lacey and Christine Cagney. These two female detectives did not mess around when it came to crimes committed in Manhattan's 14th precint in 1982.

The persistent nature of these two ladies is going to be key. Daytona was again the scene of a non-stop tandem extravaganza of racing. It was different than what fans have come to know and never featured a big pack racing together until the end. Even then, it was all tag-team action until the checkered flag.

Alexander certainly was vocal as the race got underway, but things settled down as several teams faded to the back and everyone found their dance partners. It was tough to watch nothing happening for many laps but TNT kept the energy level up and focused on the teams running at the front.

Pit road reporters were Matt Yocum, Chris Neville, Marty Snider and Ralph Sheheen. They had a tough task as many of the two car teams that came into pit were teams assigned to two different pit road reporters. It made for some interesting descriptions of what was going on.

These top teams has planned for this race and left TNT often with nothing to discuss. Petty was great at talking about all kinds of topics as the tandems rolled by lap-after-lap. Dallenbach just seemed to be amused by it all.

In the end, the clumsy two car trains began colliding and once again we saw a caution flag provide the excitement at the finish. The big wreck on the first green-white-checker attempt was foolish looking. TNT had every replay and all of them made the teams look like amateurs.

Such is the world of restrictor plate racing in the final laps. We have seen it with big packs and now we see it with the tandem racing. Ultimately, the results are the same. In the end, the race to the line was another crash-fest as we saw on Saturday. If this is what NASCAR wants, then they have it.

Post-race consisted of multiple interviews that included the winner and those crashed-out in the final lap. TNT had about twenty minutes and the network stayed on and interviewed the relevent drivers. It was the second week of good post-race choices by TNT. The telecast ended at 10:50PM.

This post will serve to host your TV comments about the TNT coverage of the Sprint Cup Series race from Daytona. To add your opinion, just click on the comments button below. Thank you for taking the time to stop by and share your opinion.