Hope You Are Having A Nice Holiday 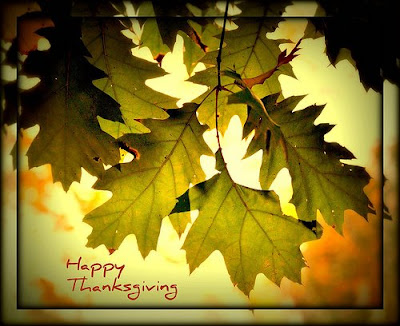 Happy Thanksgiving to all and we hope the day goes smoothly where family and friends are concerned.

Below is the Thanksgiving menu at TDP for you to browse once the eating and football is done. Just click on the title to open the story and as always your comments are welcome.

Your choice for best pit reporter this season?

Who was best in the booth when it comes to race analysis?

How about your favorite play-by-play announcer of the past ten months?

New: IRL chooses to use Brazilian ethanol in 2009 with an explanation.

How you are ultimately paying for these big ESPN sports TV contracts.

The TV cost-cutting talk has begun for the 2009 season with Fox and ESPN leading the way.

ESPN and GEM's Ray Evernham is making news for rumors of retirement.

TDP will return on Friday with the continuing "best of 2008" series and we greatly appreciate all the wonderful comments on these topics.
Posted by Daly Planet Editor at 10:00 AM 10 comments: 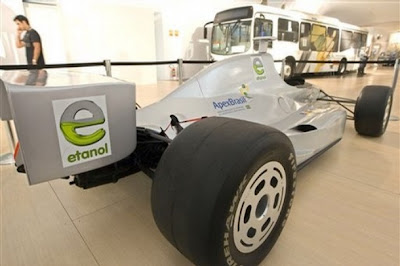 Normally, we do not talk about the IRL but this story is a true lesson in media relations. As you may know, the IRL cars run on ethanol. Just like NASCAR uses only Sunoco racing fuel, the IRL also picks an ethanol supplier.

As the various US-based racing series move into 2009, everyone knows it is going to be very important to carefully think through every decision in terms of suppliers and manufacturers. Apparently, this left the IRL in a tough spot where an official fuel supplier was concerned.

Click here for the USA Today story about the IRL choosing to use only Brazilian ethanol in 2009 in exchange for promoting that product and other Brazilian-made products in the IRL telecasts.

As racing fans may remember, the IRL was effectively split in half by the power of ESPN this past season. After a long run on ESPN and ABC, the big media company told the newly-united IRL it was only interested in the Indy 500 and a handful of other races. Eventually, the IRL partnered with Comcast-owned Versus for its TV future.

The Brazilian ethanol decision has resulted in some hard feelings from US-based ethanol manufacturers. Click here for the letter sent to Tony George by the head of the Renewable Fuels Organization that outlines those concerns.

After a tough season of few cars and little drama, the IRL seemed poised to enter 2009 with a new energy and many more teams. Instead, it now limps into the new year with a TV contract on a still-struggling cable network, American ethanol manufacturers fuming and several top names in the sport defecting to the Grand-Am Sports Car Series to race Daytona Prototypes.

It was September 11th of last season when one of the biggest on-air miscues in recent memory showed TV viewers just how off-kilter the IRL television package had become. Click here for the TDP column about that incident with Marty Reid at Chicagoland Speedway.

The furor over the ethanol decision is going to grow because of the combined forces of the bad American economy and the holiday season. This is exactly what the IRL did not want to see as it tries to keep itself afloat in these difficult times.

This issue became so big that IRL executive Terry Angstadt issued a statement on Thanksgiving day. You can read it by clicking here. What Angstadt effectively said was that the IRL was unable to reach a deal with an American-based ethanol supplier. He further explained that the American supplier the IRL used in the past was going out of business.

It should be interesting to watch how the media and the Internet deals with the issue of the IRL racing on Brazilian fuel even if no American supplier wanted to participate.

The Daly Planet welcomes comments from readers. Just click on the COMMENTS button below and follow the easy instructions. The rules for posting are located on the right side of the main page. Thanks for taking the time to stop by.
Posted by Daly Planet Editor at 8:57 AM 2 comments: