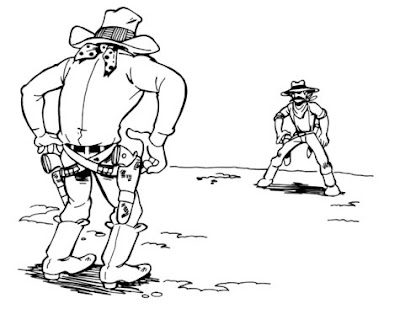 As the framework of the new NASCAR TV season begins to take shape, few things are as intriguing as the brand new "Monday Night Match-up" between ESPN2 and SPEED.

NASCAR Now in a one-hour version was ESPN2's attempt to wrap up the weekend's NASCAR activities. Inside NEXTEL Cup was SPEED's attempt to do the same thing in a different program format.

ESPN2 brought Doug Banks and Erik Kuselias over from the radio world as the studio co-hosts of NASCAR Now. In addition to the first significant TV exposure for both, it was immediately apparent to viewers that neither man had any knowledge of NASCAR. Banks and Kuselias didn't even know all the driver's names.

Banks was quietly dismissed after a month, and continues his high-profile radio career seemingly without any damage done. Kuselias, however, remained for the entire 2007 season and provided lots of very interesting and often frustrating moments for TV viewers.

I finally caved on this program in April, letting my frustrations loose with a column that can be read by clicking here. After all the hard work by the ESPN Busch Series broadcast crew in the field, I was simply unable to wrap my brain around the apparent ignorance of the NASCAR Now production staff.

By now, the saga of NASCAR Now is well-known to NASCAR fans and many moments from 2007 will be remembered for providing some hilarious content. Banks asking Kasey Kahne if he "stood by his statement that David Stremme was fat" was an ESPN instant classic.

Later in the season after an incredibly horrible interview, Rick Hendrick dryly asked Kuselias if he had ever seen the movie "Days of Thunder." Then, the former Connecticut lawyer Kuselias decided he would invite himself on the next Richard Childress hunting trip. RC told Kuselias that he could be his "gun bearer."

Both of these "real life" references blew past the MENSA brain of Mr. Kuselias like a wind gust through cheese cloth.

Over at SPEED, the Monday night franchise was falling apart. One week hilarious and upbeat, and the next disjointed and flat-out boring described the Inside NEXTEL Cup effort being led by Dave Despain.

As Despain looked over his panel of experts, he often found that two of his three drivers had not only missed the race, but they were not even at the track as it ran. That left either Greg Biffle or Brian Vickers as the sole source of "in the race" information.

Despain was also a victim of being shuffled into a TV series while the show was tremendously popular. Fired host Allen Bestwick and panelist Johnny Benson did not mince their words in regard to former SPEED executive Chris Long and his changes in both personnel and format.

Now, Long is the Senior VP over at DirectTV, handling all the sports including the Hot Pass package. Unfortunately, he left broken programs and a divided fan base in his wake as he climbed his way up the TV career ladder. Recently, his personal selections of "Drew and Nicole" both left The SPEED Report as the current network executives continue to clean-up the mess.

This past week, both ESPN and SPEED took bold steps to solve these NASCAR TV problems from 2007. In terms of Monday night, the solutions involved very familiar faces.

Allen Bestwick has migrated from the host of Inside Winston Cup Racing on SpeedVision to the host of Monday night's NASCAR Now on ESPN2. Steve Byrnes has gone from losing Totally NASCAR on Fox Sports Net to stepping into a new version of This Week In NASCAR on SPEED.

Both of these moves resonated with TV viewers and NASCAR fans. Here are veteran NASCAR TV personalities being put in the lead positions on the two national racing programs on Monday nights. Any way you cut it, this was a solid move by both networks.

Byrnes will lead Michael Waltrip, Kenny Schrader, Greg Biffle and Chad Knaus through a new program format that will both review and preview all three of NASCAR's national touring series. SPEED's other reporters and analysts at the races may also be contributing reports to this series.

Over at ESPN2, Bestwick will lead a program that will involve all kinds of ESPN personnel deployed to plug-up the network's NASCAR credibility leaks. From Rusty Wallace and Tim Brewer to Marty Smith and all the "Insiders," ESPN has made it clear they are pulling out all the stops for this hour show.

So, all of a sudden NASCAR fans have gone from rags to riches on Monday nights starting in a couple of weeks. First up each night is Bestwick.

As I mentioned last season, Bestwick's first appearance as a substitute host on NASCAR Now left many at the network finally realizing how much good content they were leaving on the table each and every week.

Now, ESPN has the potential to harness all that information and coordinate all those resources. The result may be the brand new level of studio credibility that the network has been lacking.

Over at SPEED, Byrnes will jump into the deep end of the pool and pull the fun out of the "esteemed panel of experts" once again. Look for the mood to lighten, the conversation to flow, and the script to be destroyed by the end of the program. Last seen with Eli Gold interviewing people on Prime Network, the This Week In NASCAR title still has good memories for many fans.

With NASCAR Now at 6PM and TWIN at 8PM Eastern Time, fans will get the best of both worlds with no time conflict. Without knowing it, these two TV networks may have created a very good "one-two" NASCAR punch for viewers on Monday nights. It should be interesting.

The Daly Planet welcomes comments from readers. Simply click on the COMMENTS button below and follow the simple instructions. Thanks again for taking the time to stop by and leave your opinion.
Posted by Daly Planet Editor at 3:42 PM 13 comments: